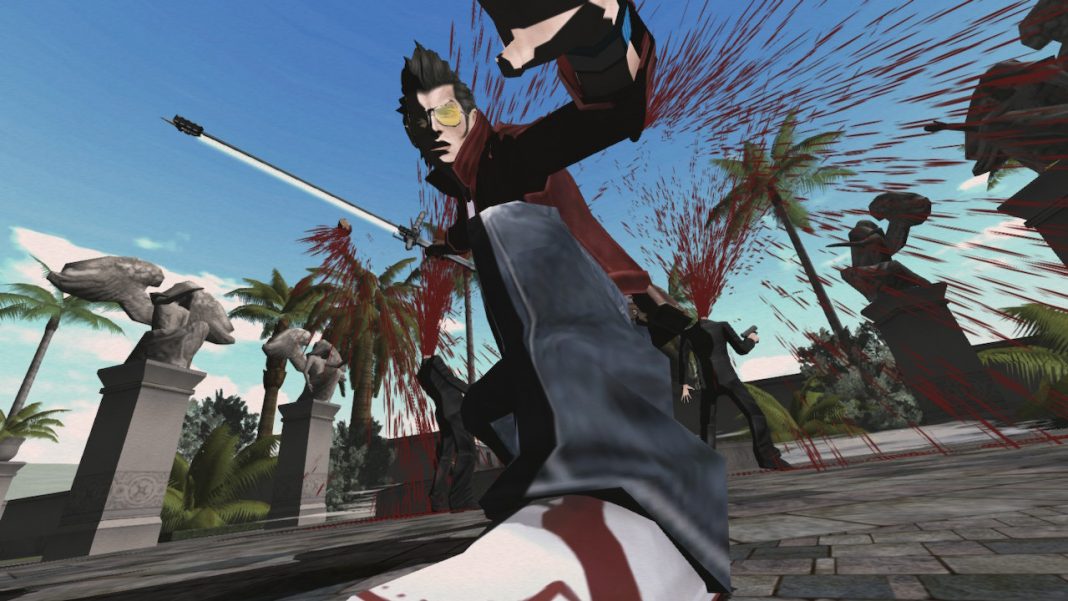 No More Heroes follows Travis Touchdown who is a fan of games and anime. Travis inadvertently gets involved in a long journey of killing higher ranked assassins to become the number one assassin. Travis soon learns that if he stops killing, the lower ranked ones will target him. No More Heroes’ story is full of memorable dialogue and the signature charm Suda51 games are known for. On Nintendo Switch, there isn’t any additional content over the original game but the story is equal parts ridiculous, violent, and hilarious.

The gameplay in No More Heroes has translated well to a Nintendo Switch Pro controller. While the original used the Wiimote, you can play No More Heroes on Nintendo Switch with no motion controls and fully play it with button controls. This is great to see because even Nintendo couldn’t be bothered to allow for an all button control option in its release of Super Mario Galaxy in Super Mario 3D All-Stars. The camera and controls are both very responsive here through QTEs that see you slicing, suplexing, and using various methods to slay enemies on your journey to memorable boss fights with assassins.

Visually, No More Heroes has aged very well. The abstract visuals scale well to higher resolution displays and Engine Software has done a great job of making No More Heroes feel great to play on a widescreen display with higher quality shadows and much smoother performance. When played docked, No More Heroes looks slightly softer and it isn’t a full 1080p. Performance on the other hand targets 60fps and it holds it very well barring the open world portions. There are some instances in combat where the frame rate drops but these feel more like design choices than performance issues like the free roam sections. Cut-scenes are still pre-rendered and they definitely look dated compared to the gameplay portions of No More Heroes

Grasshopper Manufacture games usually have amazing soundtracks and No More Heroes is no exception. Masafumi Takada (Danganronpa) is one of my favourite composers and I had been avoiding his music in No More Heroes and No More Heroes 2 until I could play these games. Voice acting also holds up well here and it is often hard to tell this remaster is based on a game that’s more than a decade old during gameplay.

Barring the performance issues in the open world (and some during combat), No More Heroes could’ve used some quality of life improvements like save states. Given that No More Heroes is now on a portable, not being able to save anywhere is annoying. Besides that, my main complaints with No More Heroes on Nintendo Switch also apply to the original game. The open world aspect is just not well done and feels like padding in an otherwise excellent hack and slash action game. I’m glad the sequel forgoes this free roam portion.

Overall, No More Heroes on Nintendo Switch gets a lot right and is worth playing even today despite its flaws. The remaster itself has been mostly well done with a few technical issues but the ability to play No More Heroes without forced motion controls and have a much better frame rate with improved visuals makes this budget-priced release worth jumping into regardless of whether you’ve experienced the origins of Travis Touchdown or are completely new to No More Heroes.