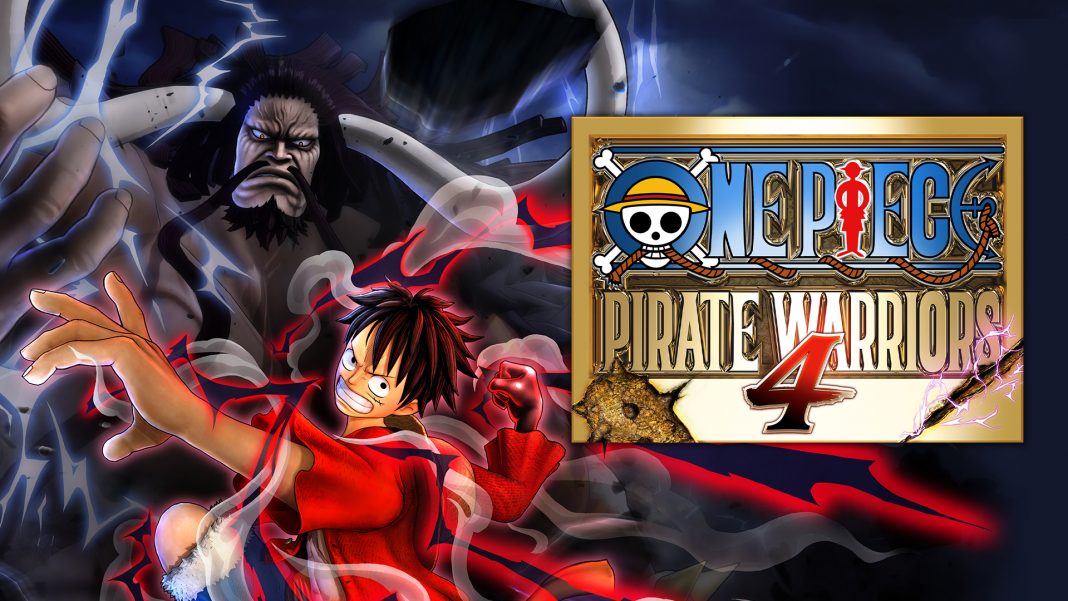 One Piece Pirate Warriors 4 is a brand new game that was released simultaneously on PS4, Xbox One, Nintendo Switch, and PC in most parts of the world. It brings many modern enhancements from the warriors games that developer Omega Force and Koei Tecmo have been releasing over the years and aims to be the ultimate One Piece video game which isn’t hard given that only one non-warriors One Piece game (One Piece Unlimited World Red) in recent years has been worth playing.

The story in One Piece Pirate Warriors 4 covers major arcs from the manga like the Wano Country Arcs and Dressrosa Arcs. It even has some original content in the form of the Land of Wano original arc here, so it isn’t just re-experiencing classic moments from the manga in game form for longtime fans. The story mode here is called the Dramatic Log. Newcomers will find a lot to like here when it comes to characters and their traits but this is definitely not the best way to experience One Piece if you are new to the series since it has been designed for fans first and foremost. If you don’t care about the story, this is still an excellent warriors game though and one of the better ones released in recent years.

The core gameplay loop here is something that might get repetitive to some people. You need to know what you are getting into here. The nature of this genre or style of games has always been focussed on hack and slash gameplay that makes you feel overpowered while you slowly explore and eventually take on larger enemies and bosses. The real interesting thing is seeing how the developers here have blended in key elements from One Piece to make things feel fresh. The introduction of new skills, environmental destruction, multiplayer, and more definitely elevates this game above earlier entries when it comes to gameplay.

In terms of playable characters, the 40 plus roster here is great. Boss battles have a nice sense of scale with huge bosses and unique mechanics. The normal enemies on the other hand feel quite boring even when compared to other warriors games. The draw of games like this is to make you feel overpowered as you plough down hordes of enemy grunts to build up your power before you take on stronger enemies and finally the massive bosses.

While you can usually defeat regular grunt enemies with your regular attacks, bosses and other powerful enemies have their own armor gauge. Your aim here is to continuously attack to reduce this gauge after which you can deal massive damage when the enemies get stunned for a short while. The larger bosses can only be dealt with while they are in the middle of an attack. I’m very pleased with how much of a strategic focus the developers have added here with the new skill system and how certain fights play out. It is a breath of fresh air compared to many other warriors games.

In addition to the core story mode, there is a Treasure Log mode tha has tons of missions for you to play with different characters. The requirements vary depending on the mission and this mode is a great way to strengthen your characters. Think of this mode like the history mode in Fire Emblem Warriors or the adventure mode in Hyrule Warriors.

Completing story missions and the Treasure Log missions lets you earn money and Berries. The overhauled progression system here lets you upgrade every character’s abilities initially before getting into deep character maps that let you unlock unique special moves. You can even earn character-specific coins by defeating more difficult enemies. These coins are also used on the character maps.

One Piece Pirate Warriors 4 brings improved combos and skills as well as new traversal options. You now have four skills that have their own cooldowns in addition to the regular and heavy attacks. Aerial attacks can be chained into your regular combos as well. Power dashing lets you knock enemies back while moving ahead. All of these can be used in tandem to create quite the spectacle as you raise your combo count and progress through levels.

While this is one of the better anime games available today, the Nintendo Switch version suffers quite a bit when it comes to visuals and performance. One Piece Pirate Warriors 3 Deluxe Edition was the gold standard in terms of quality content for many warriors and One Piece fans and that game still runs and looks very good on Nintendo Switch. One Piece Pirate Warriors 4 on the other hand, isn’t as good looking and has long load times when played docked and handheld. The camera can also get really annoying during gameplay which is surprising considering how many games like this developer Omega Force has made in the past.

Since this release only has Japanese voice acting, it suffers from the same problems that any musou game does with voices. With tons of action on screen, making you look at subtitles is never fun when you want to just focus on the next mission objective.

Despite the technical shortcomings of this release, the developers have gone the extra mile in terms of Nintendo Switch-exclusive features. You can play splitscreen co-op using single Joy-Cons in handheld mode and even use local wireless for multiplayer. It is rare to see multiplatform games implement features like this.