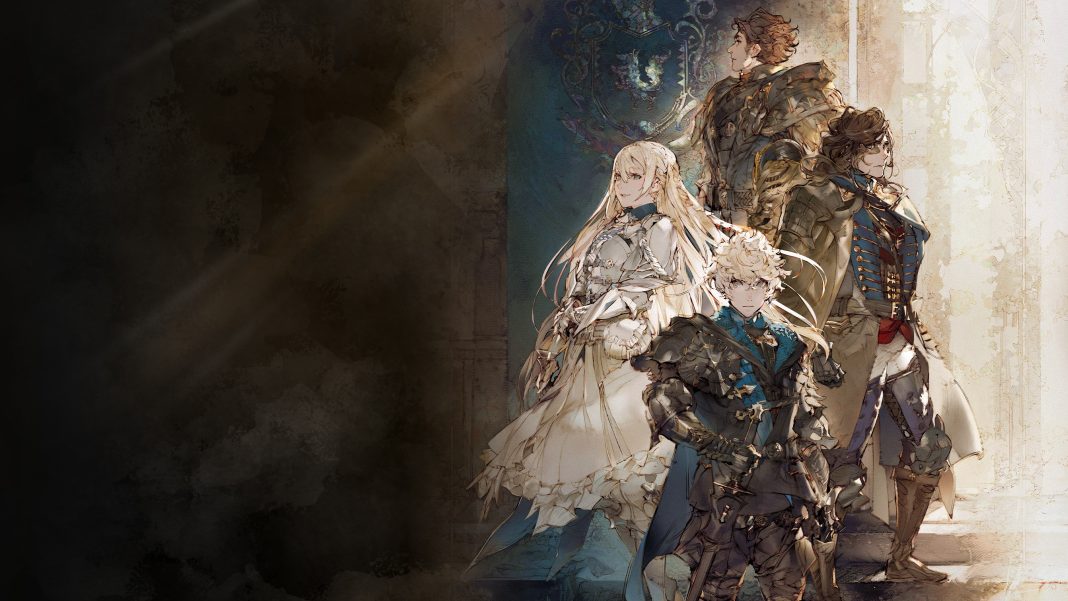 When The DioField Chronicle from Square Enix was announced, I was intrigued given the gameplay video and the visuals. Following the demo release on all platforms, I tried it on everything I own to decide where I wanted to play The DioField Chronicle. While it did look excellent on PS5, I loved how it looked on both Steam Deck and Nintendo Switch. Over the last month, I’ve been playing it on both platforms for review. Given I started playing it late, I also wanted to see if any of my issues with the port on both PC and Switch would be addressed. I’m glad that Square Enix did address one of my main issues with the PC port, but on Switch, things are the same as when I started playing the game. For my review of The DioField Chronicle on Switch, I wanted to discuss the Switch version, the game itself, how it compares to Steam Deck, and more.

The DioField Chronicle is a strategy RPG from Square Enix and Lancarse that utilizes real-time tactical combat battles. While some of the videos or screenshots might put some newcomers to the genre off, I think it is a great introduction to the genre with how it gradually builds on encounters and difficulty. It also helps that the diorama aesthetic is gorgeous even on Nintendo Switch.

Even though it has been over a month since The DioField Chronicle launched, I don’t want to spoil the story because I loved how most of it played out. There are times where some aspects of the story felt tacked on, but the pay off was excellent. It really surprised me in a good way, and I wish there was more coming through story DLC. Square Enix really took a gamble on the story and while some may be turned off by how things played out, I wasn’t, and enjoyed it.

When it comes to the visuals specifically, the diorama aesthetic is excellent, but the 3D movement portions feel a bit lacking. Given my overall thoughts on the game, I would’ve preferred the team used a pure visual novel like interface instead of free roaming 3D parts outside combat. The aesthetic shines in combat, but these 3D elements feel tacked on with how basic they feel. Barring that, the interface and menus perfectly fit in with the portraits and everything comes together really well. I would definitely buy an artbook for The DioField Chronicle if one does release.

On the audio side, I enjoyed the voice acting in both languages for a few hours but stuck to English for my playthroughs. Barring voice acting, the sound design in general is very good, and the soundtrack is one of the better ones I’ve heard from Square Enix in recent times. I hope Square Enix gets both Ramin Djawadi and Brandon Campbell for another soundtrack in the future.

If you’re curious about how The DioField Chronicle compares on Steam Deck and Nintendo Switch, the former offers the best portable experience right now with higher quality visuals and much better performance. If you do have the option to play on either and want the best experience on the go, I’d recommend playing it on Steam Deck. If you want to get it on Switch for seamless docked and handheld play, it is a good experience as well. I recommend The DioField Chronicle on either platform right now, but the Deck is the better option if you have it.

Barring the problems I have with the game itself, the Switch version could’ve used some more optimization. It is still a fine experience on Nintendo’s hybrid console, and was good enough for me to play over the PS5 version to have the portability option, but it does feel a bit unstable overall. There were a few instances on both my Switch Lite and OLED Model where the audio would cut out or the game crashed. The load times are a bit long compared to other platforms as well. I do like the implementation of rumble though which is always good to see for a Switch port.

It has been amazing experiencing the full release of The DioField Chronicle on both Switch and Steam Deck over the last month. While there is room for improvement in the game itself and the Switch version has some annoying technical issues, I still recommend playing it if you’re up for a unique strategy RPG and want one of Square Enix’s most interesting games in a while on Nintendo Switch. I hope they don’t give up on this and build on it for a potential sequel or expanded release.

Switch port review: This The DioField Chronicle Switch review focusses on the Nintendo Switch version and port quality of the game that launched simultaneously on all platforms last month. Read my PC review covering the game on Steam Deck and more here.