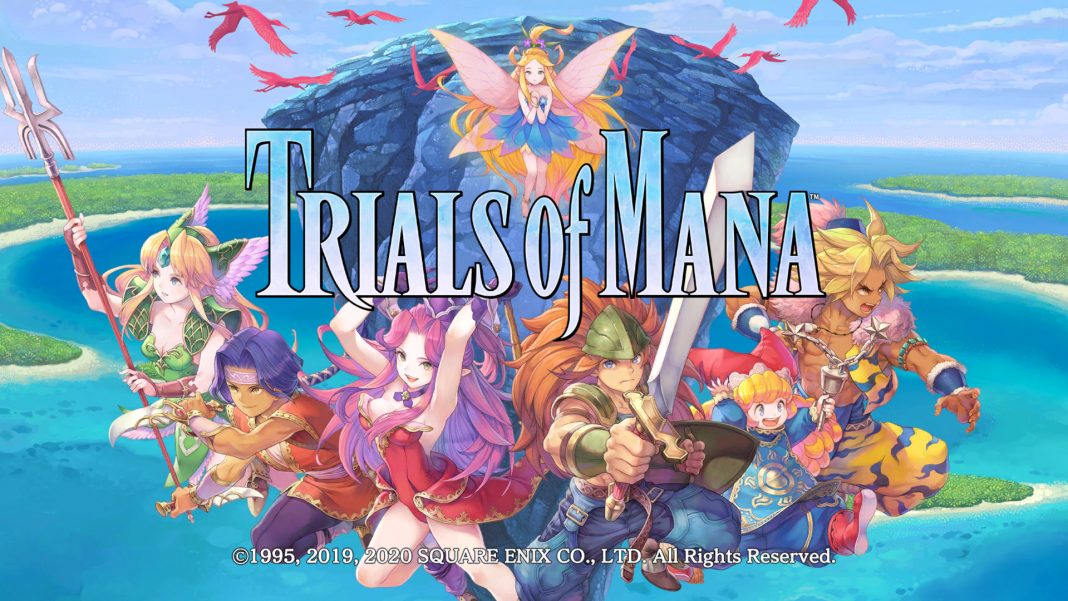 Trials of Mana is a full remake of Seiken Densetsu 3 from Square Enix that recently released on PS4, Nintendo Switch, and PC. Unlike the Secret of Mana remake that was released a few years ago, Trials of Mana offers enhancements and improvements to visuals and mechanics with a full transition to 3D. While it obviously isn’t of the same scale as Final Fantasy VII Remake, it showcases another take on a remake from Square Enix, albeit a more conventional one when it comes to the structure.

Trials of Mana is an action-RPG just like the original. It has a lot of options that range from your first playable character to the progression you follow as the game’s narrative continues with classes. As you slowly progress in the beginning, you come into contact with other characters and this remake lets you view the initial story beats for the new character up to that point or even giving you the option to play that part out yourself. This is a nice touch.

The area of this remake that tries to be the same as the original, more or less, is the way the plot progresses. You will interact with the other protagonists in your journey but not all will join you. This lets you replay the game with different characters because you will not see all the areas or run into all the antagonists in a single playthrough. Even if you just go for a single playthrough, you’re looking at about 20 hours which is very good for the price since there’s almost no padding.

The biggest change, for the better, is in the combat. While it maybe easy for veteran players, this makes the experience a whole lot more accessible with its action-RPG format. Enemy attacks and skills are usually indicated in red areas that appear before the attack occurs. Difficulty options help a lot here if you want to feel challenged because the normal mode is a bit on the easier side if you’re familiar with Tales of games and the like. Combat will reward you with experience that you can use to level up certain stats. The customisation of your playstyle doesn’t end here because you can even tweak things further with the various playable classes available as you go deeper into the story.

Visually, Trials of Mana is a full remake taking a 2D game and bringing it to a 3D world that looks gorgeous. The structure has been more or less kept the same but exploring and just moving around the various locations and towns in Trials of Mana is excellent. The draw distance on PS4 Pro is also great across the lush environments and darker caves and dungeons. The transition to 3D models has been great as well and this feels like a natural progression of the art style from the original. Instead of going for a more realistic look, Square Enix opted for a more stylised look and it delivers in spades.

Performance is a bit inconsistent in the final game just like the demo. The PS4 Pro version targets 60fps but it drops in some locations indoors and in some cut-scenes. Even a month after release, this hasn’t been addressed in a patch.

On the audio side of things, Square Enix went the extra mile for soundtrack giving players the option to play with the original soundtrack which is excellent, and a new soundtrack for this remake that feels like a very good modern take on the original tunes. Voice acting sadly is very inconsistent. If you play in Japanese, this isn’t a big issue but the English voice acting sounds good for many characters and sounds completely out of place for others.

While the removal of co-op is a big loss in the remake compared to the original, the major problems here have to do with the English voice acting and the performance issues for the most part. One of those is negated if you play with Japanese voice acting but performance isn’t perfect on anything right now. Hopefully the game gets some improvements on both PS4 and Nintendo Switch because this is a very well-executed remake for the most part.

Overall, Trials of Mana has a few flaws that should’ve been addressed by now and some others that are likely beyond the scope of post-launch updates. Despite those problems, it is a great action RPG with a lot of replay value. It isn’t perfect on PS4 Pro or Nintendo Switch technically but still feels very good to play regardless and the game scales well. If you can look beyond the voice acting inconsistencies and some of the technical issues, Trials of Mana will be one of the better games you play this year.