The Mako Reactor
Home News The King of Fighters XIV Collaboration Pack and a Big Update Are... 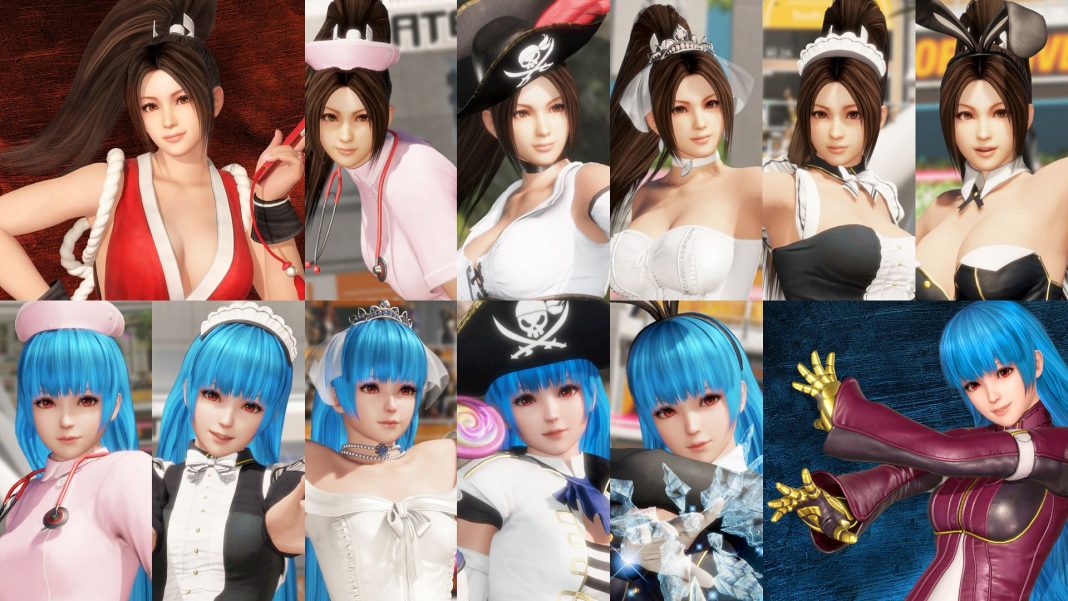 Dead or Alive 6 debuted earlier this year across PS4, Xbox One, and PC. It is a great fighter that had some online issues at launch and some progression issues for cosmetics. Over the last few months, Team Ninja and Koei Tecmo have been trying to address issues while also adding more paid DLC to the game. Mai Shiranui and Kula Diamond from The King of Fighters XIV (PS4, PC) are now available as a part of the first Season Pass or in a new collaboration pack. Patch 1.06 (1.93 GB on Xbox One) includes new rules for online matches, enhanced text chat, stage specific fixes, and loads of balance updates. Watch the trailer for the DLC below:

The DLC is available in a few packs or standalone. Each character is sold separately, in a pack with costumes, or in the big collaboration bundle on each platform. Each costume is also available separately. The prices are as follows:

Dead or Alive 6 is available on PS4, Xbox One, and PC. It has a free to play version on all platforms as well called Dead or Alive 6: Core Fighters. It is not available officially at retail here.