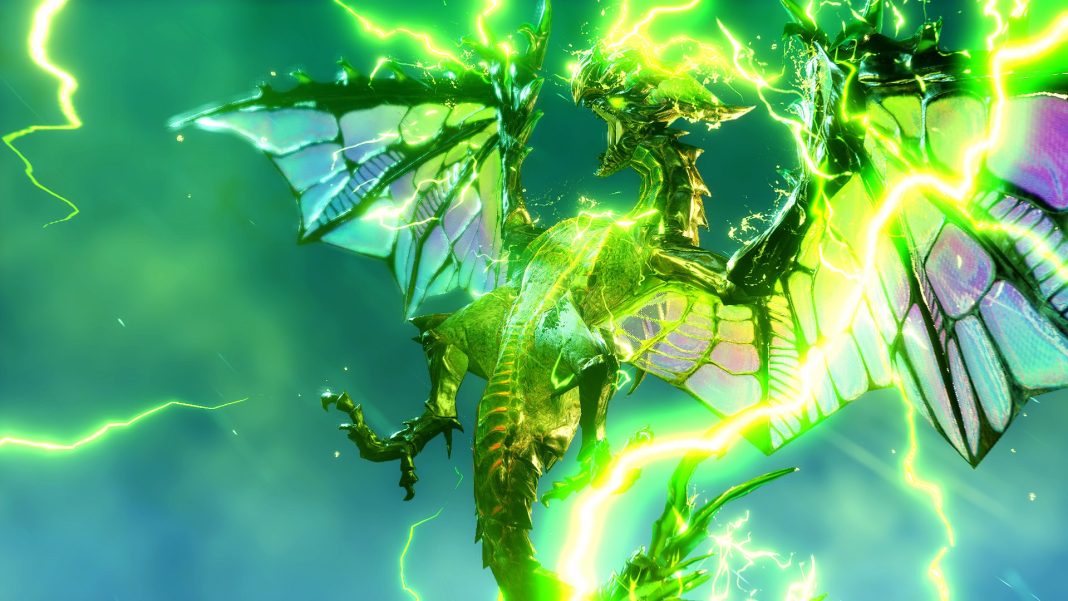 While I’ve already done a full review for the expansion, I wanted to also do a Steam Deck-specific feature to highlight how well Monster Hunter Rise: Sunbreak looks and runs out of the box on Steam Deck. Having played the base game on Switch and the PC version for review, I was interested to see if Sunbreak ran well out of the box on Steam Deck, or whether it would have any issues. Playing pre-release games on Steam Deck is always a risk, but Sunbreak has been an absolute joy to play in the 80+ hours I’ve spent with it on Steam Deck portable and through and HDMI hub on my 1440p monitor. This Monster Hunter Rise: Sunbreak Steam Deck review will cover how the game looks and feels on Steam Deck. All the screenshots below are taken from my Steam Deck using its internal display or HDMI out into my monitor with a combination of 16:9 and 21:9 aspect ratios.

The Monster Hunter Rise: Sunbreak PC requirements are same as those for the base game.

The Monster Hunter Rise: Sunbreak PC graphics options are very similar to those in the base game, but I wanted to highlight two specific things I noticed that weren’t in the base release. The first is for 21:9 aspect ratio. You can now have the UI properly positioned for 21:9 unlike the base release that had some elements confirm to a 16:9 aspect ratio position, while others were at 21:9. This is available through an in-game setting.

The second is one I couldn’t test myself, but it is included here: DLSS. This is no doubt going to be useful for those wanting to play at much higher frame rates without losing too much image quality. I couldn’t test the implementation myself since I played on Steam Deck, but it was worth mentioning.

I tested Monster Hunter Rise: Sunbreak across the Steam Deck in handheld mode on its internal display at various resolutions (both forced and default) and through HDMI out into my 1440p monitor. While you could get away with 60fps at the 800p option (which is still 16:9 so 720p), you really should force the Steam Deck to let you use higher resolutions. I’ve been playing at a mix of 1080p 60fps target when on the internal display, and also checking out 1440p at lower frame rates and settings when on my external monitor. It is worth noting that I didn’t change any compatibility options, and have been using it with the stable version of the current Steam Deck OS. The only changes I made were to increase the resolution through Steam’s own support for that.

Monster Hunter Rise: Sunbreak is very well-optimized, and you likely will have no trouble getting it to 60fps even by turning many settings up. If you’re curious about a stress area, I’d recommend doing all your testing in the flooded forest early on. This tanks performance more than other parts (until later on with Gore Magala or Malzeno and particle effects). You can also play at higher frame rates than 60fps if you’re ok with a lower resolution when you use an HDMI out to an external display. I wouldn’t recommend this, but it is an option if you would rather have higher frame rates even on Steam Deck on an external display, than image quality.

Should you play Monster Hunter Rise: Sunbreak on Steam Deck?

Considering I played over 80 hours of it pre-release on Steam Deck and had only one single freeze that was seemingly network related, I think it is safe to say that it is well worth your time on Steam Deck. It is the best portable version of the game, and the back buttons and potential gyro (depending on your weapon) elevate it further. Weirdly, only the RE Engine logo splash when loading the game has some issues rendering. Everything else runs exactly as it should.

Having now put in hundreds of hours across both Switch and Steam Deck, the biggest advantage the Switch version has as of pre-Sunbreak launch, is the playerbase. It is much easier to get event quests and general late game hunts on Switch. Hopefully with Sunbreak out on both, the PC playerbase for these quests increases. It doesn’t help that matchmaking is somewhat limited by Steam download region depending on your location at least for the base game. If you already have a group of friends to hunt with, this will not be a problem for you at all and you will have no issues with Sunbreak on PC and Steam Deck.

I’m looking forward to playing on both Nintendo Switch and Steam Deck over the rest of the year since I now have groups on both platforms to play with. If you played the base game on PC and Switch, and are wondering where to get Sunbreak, the best option is definitely Steam Deck (and PC) if you have one. While Monster Hunter World: Iceborne on Steam Deck is a good experience, it is still not as good as playing it on an Xbox Series X or PS5 through backward compatibility. Monster Hunter Rise excels well above the Nintendo Switch version’s docked mode when played on Steam Deck and is one of the best games you can buy for the system.

Hopefully this Monster Hunter Rise: Sunbreak Steam Deck review helped you decide if you should grab the newest Monster Hunter on Valve’s handheld system. I hope Capcom can update it to bring up the keyboard when necessary so it can get verified on Steam Deck by Valve.