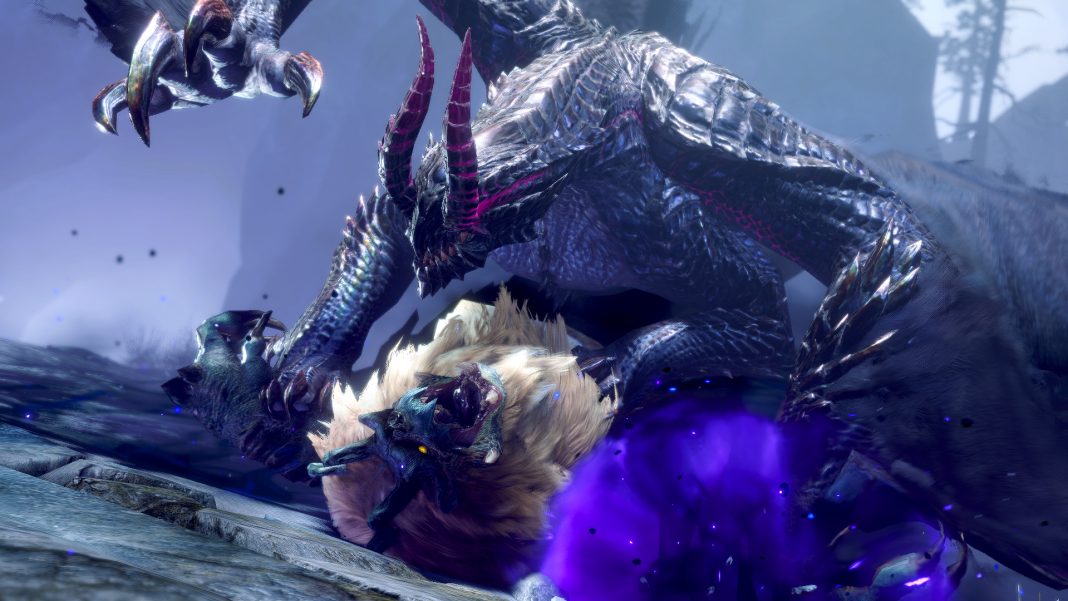 It still feels like yesterday I booted up the Monster Hunter Rise demo on Nintendo Switch that impressed me quite a bit with how Capcom managed to put out one of the most impressive Switch games ever. Since then, I played the full game, every event quest, the PC version, and have ended up putting in more than 500 hours into the base release and its title updates. For my Monster Hunter Rise: Sunbreak review, I wanted to specifically highlight how this improves over everything in the base game, and why it is my game of the year for 2022 so far.

With additions and improvements across the board, I wanted to get the main concern I had out of the way first. Monster Hunter Rise: Sunbreak ships with the final boss and a story conclusion, and it has a postgame that is actually challenging and fun for the most part. I’m actually surprised at how well thought out it is, and how this made me enjoy hunting even the easier monsters. I know many were worried about this after how the base Nintendo Switch release shipped, but you can rest assured that Capcom has this aspect of the game sorted with Master Rank layered armor also available.

Monster Hunter Rise: Sunbreak is set after things at Kamura Village have settled down with the rampage finally dealt with. A certain Lunagaron appears in the Shrine Ruins from another land following a quest, and this is where the story of Sunbreak begins. You join Fiorayne (voiced by one of my favorite English voices in the business, Valerie Arem), a Knight of the Royal Order, investigating these monsters and more in Elgado. While the base game had a very cozy Japanese theme going on, Sunbreak feels like a grand adventure with themes that feel inspired by vampires, werewolves, and more. This carries over into the music as well.

Unlike the base game that felt disjointed story wise, Monster Hunter Rise: Sunbreak is great. You can always skip the story scenes if you’re just here to hunt, but the team did a great job with the story here making you care about Fiorayne and others in the outpost, and with the way the new monsters and later mechanics are introduced. The final boss in particular is superb, and I can’t wait to see how people react to it when they get there and face it.

When it comes to the new maps, the Citadel and Jungle are both awesome in their own ways. The Jungle is an old map that returns with enhancements to fit into Monster Hunter Rise: Sunbreak, and it even has some influence from Monster Hunter World. I was a bit worried that it might feel too dated visually when I saw it in-game for the first time, but it has been overhauled well enough to fit perfectly and feel modern. The Espinas hunt I did here for the first time is one of the most memorable hunts I’ve had considering it was the first time I’d ever hunted an Espinas.

The second map is one you unlock a bit later on in-game, the Citadel, is a lot better. I love the structure, and how many hidden passages or routes it has to get around. I also enjoyed how much verticality it has. This doesn’t even stop monsters because I had Rajang try and get me down while I was very high above and it was near me with a projectile. The quests I did in the Citadel hunting Malzeno, Gore Magala, and two other monsters I will not reveal for spoiler reasons are also some of the most memorable hunts I’ve had in the series ever.

Speaking of monsters, there are three aspects to monsters in Monster Hunter Rise: Sunbreak that need highlighting. Master Rank versions of existing monsters are almost all superb. Khezu is even more annoying, while Nargacuga hits even harder here. Rajang and Bazelgeuse are two of my favorite monsters in the series and I love the Master Rank versions of them. Barring old monsters, the new additions in Sunbreak are brilliant. Malzeno is elegant, menacing, and deadly. The first encounter with Malzeno is brilliant alongside its theme song.

I was actually curious to see if Capcom would reveal Gore Magala pre-release because it was one of the nicest surprises to see in-game. Gore Magala and one specific monster later on have brilliant versions in Sunbreak alongside new takes on their classic tunes here, and the hunts are amazing while looking gorgeous. I can’t get over how good some of the new additions look when played on Steam Deck both in handheld, and on my 1440p monitor. I have a full PC port-specific review as well, but I’m very impressed with the visuals and overall production values in Monster Hunter Rise: Sunbreak and how it scales across hardware.

While this expansion brings a lot of hub quests (playable solo or in multiplayer with appropriate scaling) it adds a surprising amount of singleplayer quests in the form of Follower Quests and Support Surveys. These more than make up for no new Village quests. They have NPCs join you on quests with their own skills and weapons. These make for interesting hunts and no doubt serve to help you feel closer to the people you’ve been trying to help and save in the story. They also have voiced dialogue in and outside the quests and lead to additional gear you can craft. This is a very nice take on singleplayer content.

All the weapons have been enhanced in Monster Hunter Rise: Sunbreak thanks to new Silkbind moves that can drastically alter your playstyle. I’ve stuck to Great Sword, Hunting Horn, and Hammer so far, but will be trying out the others once the game is fully available to all. Switch Skill Swap is the highlight of the new mechanics with you having two loadouts denoted by swap scrolls. You can use these to swap sets of Switch Skills on the fly. There are even some skills that give you benefits from Switch Skills. The other improvement that helps traversal is with how wall running has been made much easier.

Wirebugs still play an important part in Monster Hunter Rise: Sunbreak, and there are two new wirebug types introduced in the expansion that help with Wyvern Riding. The Ruby Wirebug and Gold Wirebug make it easier to ride with the wirebug gauge recovery boosted, but each has its own unique advantage. The Ruby Wirebug lets you do more damage with mounted punishers while the Gold Wirebug has monsters drop more materials. You can only have one equipped at a time which adds a little bit of strategy depending on what you’re looking for in a hunt. Barring these, all the maps including older ones now have Starburst Bugs that let you ram monsters into them for damage and more.

On the audio side of things, the voice acting is another area where Monster Hunter Rise: Sunbreak excels above the base game. Every character is voiced perfectly with great direction, and the new sound effects are all well done. Some notable voices include Valerie Arem as Fiorayne, Xanthe Huynh as Chichae, Cherami Leigh as Minayle, and Ted Evans as Admiral Galleus. The new soundtrack across monster themes and the hub is a highlight. This begins right from the new title screen music to themes for new new monsters and arrangements on those for returning monsters from prior games like Astalos and Gore Magala. I hope the wait for the official soundtrack isn’t too long.

The only downside to Sunbreak right now is the number of new large monsters added. I expected a lot more given how the base game shipped with so many right from the start. There are some glaring omissions right now even in Sunbreak that the free title updates could potentially rectify. This aspect makes Sunbreak feel more like an expansion and less like how Iceborne felt like a full sequel when it was released despite all the new mechanics and improvements. While the base game had a lot more monsters than expected, Sunbreak could’ve done with better pacing when it comes to how new monsters are introduced to you in hub quests.

Sunbreak has added a ton to Monster Hunter Rise, and there’s a lot I’ve not even mentioned like new skills for buddies, the canteen improvements, item improvements, and photo mode features. With so much good stuff brought over and more to come, I hope Capcom considers doing a complete physical release with the game and expansion actually on cartridge for Nintendo Switch down the line.

I loved Monster Hunter Rise despite its issues at launch, and ended up putting in hundreds of hours into it between the PC and Switch versions. Having now put in over 80 hours into just Monster Hunter Rise: Sunbreak, I can safely say this is my game of the year so far, and I can’t wait to see how it is enhanced with future title updates. Even if Capcom didn’t do a single content update for the expansion, it would be an essential for Monster Hunter Rise owners in its current state. It is that good, and Capcom absolutely nailed it despite the minor issues I have.