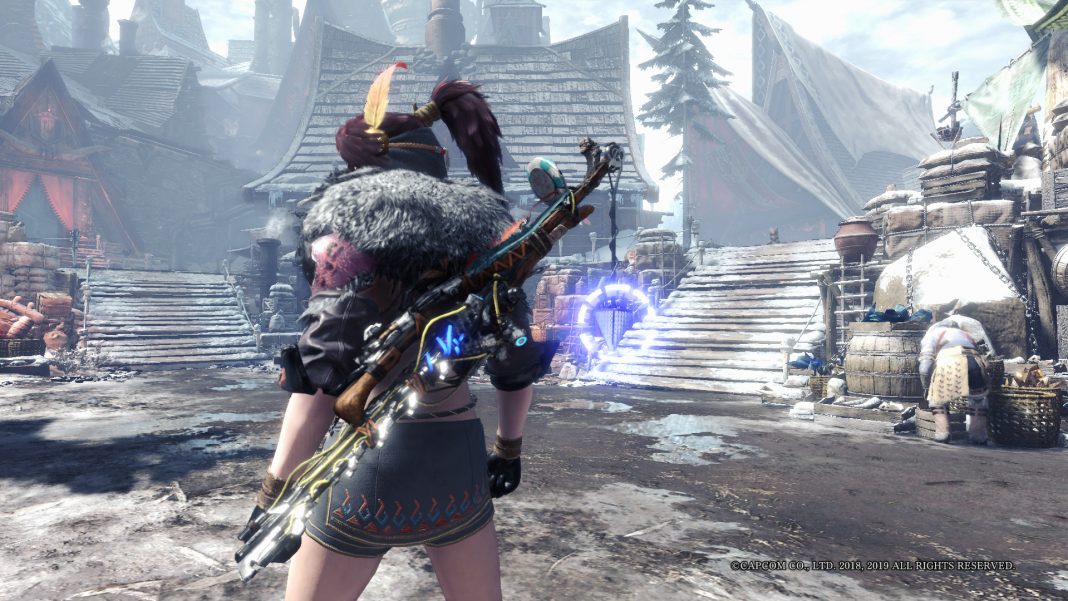 How to clear the Into the Frozen Wilds quest

The quest doesn’t have any unique mechanics like the Resident Evil 2 collaboration quest and is pretty straightforward. You can do it solo or team up with random people or friends while hunting Zinogre in the Hoarfrost Reach. Remember to take hot drinks and a thunderproof mantle if you have it.

Zinogre has easy to read attack patterns but hits hard. If you have stun resist decorations and gear, equip what you can before the hunt because Zinogre’s attacks either stun you or make you more susceptible to be stunned with thunderblight. Avoid using shock traps as well with pitfall traps being great to carry to capture Zinogre or just trap Zinogre and deal more damage. Zinogre is also weak (3 star weakness) to ice so equip an ice element weapon if you have a good one. If you’ve spent time in the Guiding Lands and have augmented rarity 12 weapons, this quest will be a walk in the park.

Zinogre appears in the northern part of the Hoarfrost Reach for this quest. There are no other monsters so you don’t need to worry about being invaded by Savage Deviljho or anything here. Once you’ve gotten Zinogre’s health down to when capturing is possible, I recommend using a trap to save time since you will need to do this quest a few times to unlock everything.

How to earn Banuk Warrior Symbols

How many Banuk Warrior Symbols do you need to unlock everything?

How to unlock the Focus Pendant?

How to unlock the Stormslinger Prototype Light Bowgun?

The Stormslinger Prototype Light Bowgun is event exclusive and it requires a combination of Zinogre materials and Banuk Warrior Symbols unlocked through the event quest. You need the following materials and 32,000z:

Hopefully this helps you unlock everything in the first part of the Horizon Zero Dawn: The Frozen Wilds collaboration in Monster Hunter World: Iceborne. I’ll update this when the second part of the collaboration goes live as well.

Monster Hunter World: Iceborne is available on PS4 and Xbox One.