The Mako Reactor
Home Reviews Shin-chan: Me and the Professor on Summer Vacation – The Endless Seven-Day... 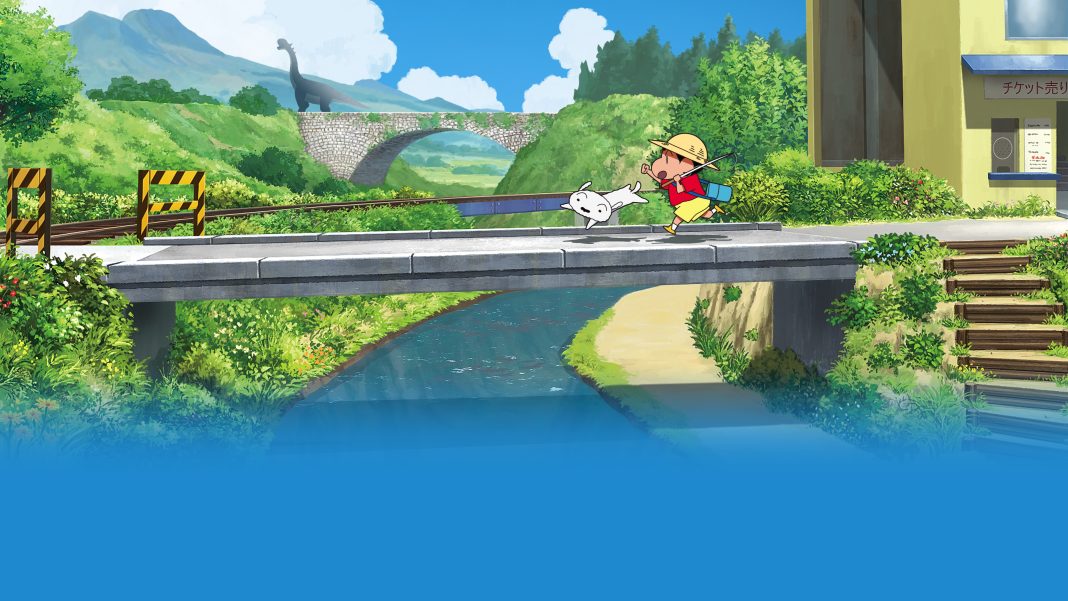 Shin-chan: Me and the Professor on Summer Vacation – The Endless Seven-Day Journey from Neos Corporation and developer Millennium Kitchen debuted on Nintendo Switch in Japan, and it finally arrived in the West on the eShop earlier this month. It is also available on PS4 and coming to Steam in a few days. Having finished the game on Switch, I’ve come away impressed with almost every aspect of this game, but there are a few issues that make it hard to recommend for everyone. For this Shin-chan: Me and the Professor on Summer Vacation Switch review, I will also be covering how the Switch version compares to Steam Deck.

When Shin-Chan: Me and the Professor on Summer Vacation released in Japan, I saw a lot of people I follow posting about it, but wasn’t sure why the sudden interest in Shin-chan. Then I learned it was developed by Millennium Kitchen who did the Attack of the Friday Monsters 3DS game. I considered importing it at the time because of how gorgeous the game looked, but never ended up bothering. I also didn’t expect it to ever get localized. The localization announcement from Neos Corporation was surprising and exciting because it not only confirmed a global release, but also PS4 and PC ports.

If you’ve never heard of Shin-chan or Attack of the Friday Monsters, Shin-chan: Me and the Professor on Summer Vacation blends in slice of life moments, fantasy, menial tasks like catching bugs and fishing, and interesting characters in a gorgeous package. I enjoyed Attack of the Friday Monsters on 3DS but don’t really know much of Shin-chan outside of a few videos I’ve watched. I still enjoyed my time here thanks to how relaxing it has been. You get a lot of freedom with how the narrative progresses, and you are really here for the setting and just taking a break from other story heavy or stressful games.

As you explore and play as Shin-chan, you will capture moments in your diary. There are also a few lighter plot threads that play out as you interact with more people in different locations, run around with a hilarious animation, grow vegetables, and more. While you can get some replay value out of this if you want to complete everything and collect whatever the game has to offer, expect a typical playthrough to last about 9 or 10 hours or so depending on how much you explore and move around. There are some battles as well, but they are relatively easy to deal with here.

The visuals in Shin-chan: Me and the Professor on Summer Vacation trailers were what caught my eye initially. Having now played it, the developers have done a fantastic job with blending in the feel of a gorgeous anime with exploration. The character models also fit in nicely, despite looking a bit lower resolution when played docked where it is more noticeable. Shin-chan: Me and the Professor on Summer Vacation has Japanese voice acting with multiple subtitle support in its current state. Not every scene is voiced, but the few clips used outside key story scenes are done well. The voice cast definitely adds to the experience here.

Being a fixed camera perspective experience, I ran into a few issues early on where I ended up moving to the wrong location while exploring because of how the scene was displayed. I got used to it as I learned how the are was structured, but it was annoying initially. The only other issue I can think of that people might have here, is the gameplay loop. It might be a bit too simple for some.

I wasn’t sure what I’d think of this game not knowing too much about Shin-chan, but I’ve been impressed with what Millennium Kitchen and Neos have done here. It looks gorgeous on Switch, and has been fun to experience over the last few weeks. This is the kind of game that warrants a physical release, so I hope that gets fully revealed soon. Until then, it is worth supporting games like this, because we don’t see much of them anymore. I’m definitely going to keep this installed to dip into for a break from other games in the future just to soak in the atmosphere again.

Switch port review: This Shin-Chan: Me and the Professor on Summer Vacation Switch review focusses on the Nintendo Switch version of the game released earlier this month with comparisons to the experience on PC and Steam Deck.