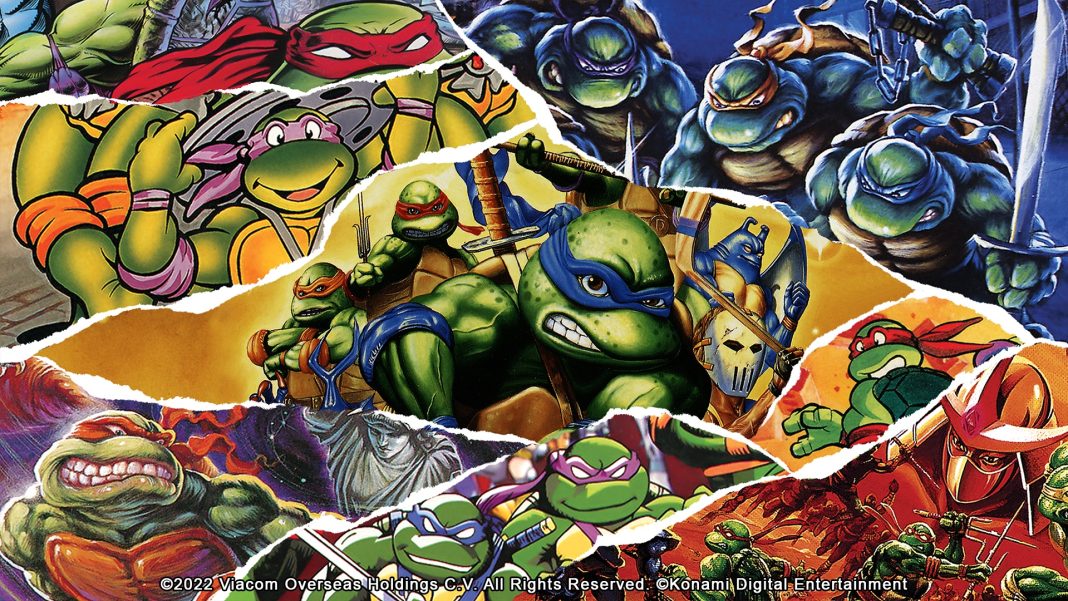 I’ve enjoyed covering many retro game collections and releases on Nintendo Switch over the years. These releases have been of varying degrees of quality, but I’m always glad to have older and in some cases, forgotten games, brought to modern platforms through collections and bundles. Out of all the collections announced or released on Switch so far, Teenage Mutant Ninja Turtles: The Cowabunga Collection was my most anticipated one by far. I played the original NES game and The Manhattan Project a ton back in the day, while also dipping into some of the other games on and off. When this collection was announced at Sony’s State of Play, I was very excited to revisit the games I played, and also experience many games in this package for the first time since none of them have been made available on modern platforms since release. For this Teenage Mutant Ninja Turtles: The Cowabunga Collection Switch review, I will be covering how the games feel today, the Switch conversion for the collection, online play, and more.

Out of the games included here, I had never played more than half of them at all before including Tournament Fighters. While it has been amazing experiencing the Game Boy and Genesis games I never played, I was most excited about Tournament Fighters and to play it online because I love older fighting games. Before getting into the online experience which I managed testing thanks to a friend in Japan, Teenage Mutant Ninja Turtles: The Cowabunga Collection has continued to surprise me in the best possible ways, but it isn’t without fault right now.

Right from the get go, Digital Eclipse has put a lot of care into this release. The title screen, menus, interface within the games, enhancement options to many of the games here, and of course the extras make this a fantastic collection for any TMNT fan. It even has a great rumble implementation. From the main menu, you can check out the games, adjust general options, get into local or online play, and check out the Turtles’ Lair which houses all the bonus content.

When it comes to the games, this collection delivered in spades. While I would’ve bought this collection even without the games I hadn’t played just to own the NES games on modern platforms, I’m surprised at how much I enjoyed playing Tournament Fighters and Turtles in Time both online and offline. The latter is a game I don’t remember playing more than a couple of times back in the day. On the Genesis and Game Boy side, things have been a bit less consistent. Having never even heard of a few of these games before, it has been great to experience them, but I wouldn’t call them essential. Think of the Game Boy games as nice bonuses to check out if you never played them before. The highlights are definitely the NES and arcade games since I was most curious to see how they held up all these years later after playing them in some form back in the day.

Each game included here has a set of enhancements available, while most have region select to choose between the Japanese or US versions of the games. You can also watch a playthrough of a game and stop to play it yourself from any point. This is an amazing inclusion to see how specific parts of a level or game are played. The enhancements include various options like letting you start from a specific level, remove slowdown, remove flicker, improve navigation, toggle god mode, and many more. All enhancements aren’t available in each game, but each game has a set of game-specific enhancements included. You could leave them all off to experience the games like they originally were, but it is hard to go back to flickering sprites and the like with the fixes available.

When you’re in a game, the pause menu, accessible at anytime, lets you save or load a save, check the strategy guide for tips, view controls, change controls, adjust the screen size, toggle filters, and toggle borders. This menu is accessible by pressing R on the controller. Being able to view the strategy guide scan for tips right from within a game is definitely great to save time from checking your phone or another device for basic tips. The other features are also great to have within the game from the pause screen.

While just the games already make this package worth the asking price, the Turtles’ Lair is where Digital Eclipse went above and beyond here. You can view scans and images from the animated shows, comic books, concept documents, design documents, strategy guides, game boxes, game manuals, ads (with some unrelated games blacked out), catalogs, and much more. You can also view character move design sheets for games like Tournament Fighters in addition to cel art. This is one of the most content-packed retro collections I’ve ever played when it comes to bonus features. You can also listen to the soundtracks for the games included here from the Turtles’ Lair.

Considering the limited access for this game before the release date, I could only test the online modes with a friend of mine in Japan who was also reviewing the collection on Switch. In our testing across the games supported here, Teenage Mutant Ninja Turtles: The Cowabunga Collection is a much better experience than recent collections like the Capcom Fighting Collection that was a mess on Nintendo Switch when it comes to online play. It is worth noting that you will need to tweak the frame delay depending on the distance between you and any friend you’re playing with for the best experience. The online lobby support here also lets you invite friends using the Nintendo Switch invite system.

I’ve praised this release a lot, but the Switch version, which is the only one I have access to right now, has a delay in displaying scans. It loads a blurry thumbnail before taking a few seconds to load the actual higher resolution image. This happens for every new page as well. I’m not sure if this delay is present on other platforms, but it is one of the few issues I have with this release right now. Barring that, I noticed one typo and one bit of bonus content that had the wrong game image used.

When Teenage Mutant Ninja Turtles: The Cowabunga Collection from Konami and Shredder’s Revenge from Dotemu were both set to release close to each other, I wondered how both would do and which would end up being better. Right now, I’m conflicted about that because both releases have managed to surpass my expectations by a lot. Dotemu’s new release is one of my favorite games this year, and the work Digital Eclipse and Konami put into Teenage Mutant Ninja Turtles: The Cowabunga Collection makes it one of my favorite retro collections of all time.

While the minor slowdown issues with viewing scans on Switch is unfortunate, the only knock against this collection is in how some of these games might not have aged well for newer players. I adored my time with most of these games over the last few weeks including the time I put into the few that support online play. If you enjoyed a few of these games back in the day or are a fan of TMNT looking for the best way to check out the classic games, Teenage Mutant Ninja Turtles: The Cowabunga Collection is an easy recommendation. I definitely regret not pre-ordering the collector’s edition that has been sold out for a while in many regions. Hopefully this Teenage Mutant Ninja Turtles: The Cowabunga Collection Switch review helped you decide whether this set of classic TMNT games with amazing extras is worth your time in quite a busy release period.