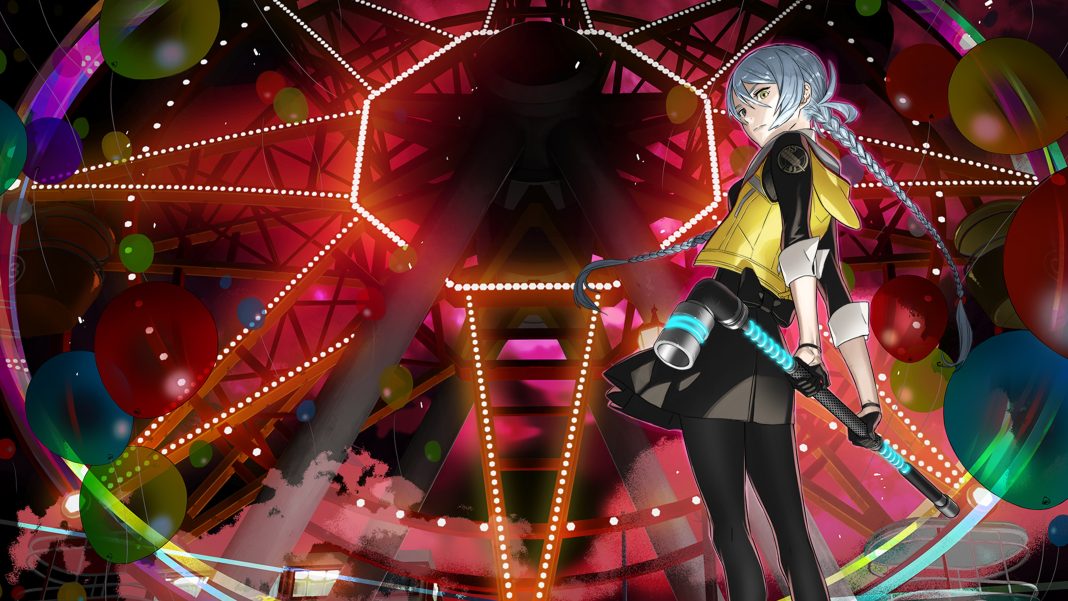 The AI: The Somnium Files nirvanA Initiative PC requirements are quite low. Given the game’s target platforms, this was expected. Considering how it runs and looks on Steam Deck (which I detail below) this isn’t surprising.

Requires a 64-bit processor and operating system. These haven’t been detailed yet so I assume the minimum is also recommended. If this changes, I’ll update this.

AI: The Somnium Files nirvanA Initiative is a very bare-bones port when it comes to features. You can choose the window mode between borderless, windowed, and fullscreen. The only display and graphics options are v-sync and anisotropic filtering which are both toggles. You can adjust the resolution all the way up to 4K (cannot test higher right now) and down to 864×486. The upper limit on Steam Deck can be changed through the properties which is how I played it at 1440p for the most part while also testing 4K.

AI: The Somnium Files nirvanA Initiative runs at 1440p and 60fps near flawlessly on Steam Deck in my testing so far. I forced 1440p for the internal display as well to downsample, and the game looks gorgeous. Kozaki’s art and the 3D models really shine at higher resolutions. I wasn’t able to test above 60fps correctly because of a recent Steam Deck update, but I did try out 4K and 60fps targets. This can be done, but it drops around 30 or less when many 3D models are on screen. I wouldn’t recommend this, but it is good to see how much above its weight the Steam Deck can punch for a game like this.

If you’re just going to play handheld on Steam Deck, 1080p and 60fps with anisotropic filtering will give you the best portable experience. If you also play through HDMI on an external display, I would recommend sticking at 1440p or lower to maintain the 60fps target as far as possible.

AI: The Somnium Files nirvanA Initiative has full controller support barring its launcher that has you pick video options. In-game I couldn’t test keyboard and mouse yet, but the Steam Deck touchscreen works great albeit with some targets being a little small. With a controller, everything works as it should.

Moving over the portable, the Switch version is a decent conversion for the hardware albeit with some scrolling and performance issues (that the day one patch supposedly addresses but I can’t check that for sure), the Steam Deck version is the best experience with touch support and button controls just like the Switch version while also offering much better performance and visuals.

Should you play AI: The Somnium Files nirvanA Initiative on PC and Steam Deck?

The answer is an easy yes. While the launcher is annoying to navigate if you play with a controller, on Steam Deck you can just tap to launch once you’ve set things up. When you get in-game, it looks and runs better than even the PS4 Pro version played on PS5 with better quality models at higher resolution and faster load times. I expected this to be similar to the PS4 Pro version, but being able to force resolutions to test the Steam Deck out showed me how much better this PC version is than the two console versions I’ve tested.

If you were considering the Nintendo Switch version for portability and own a Steam Deck, there’s really no reason to buy AI: The Somnium Files nirvanA Initiative on Switch. That version is better than the first game’s Switch port, but the image quality and performance on Steam Deck are drastically better. While I’ve not been able to test the Xbox One version yet, I can safely say that the Steam version of AI: The Somnium Files nirvanA Initiative is easily worth getting if you were interested in playing it and own a PC or Steam Deck.