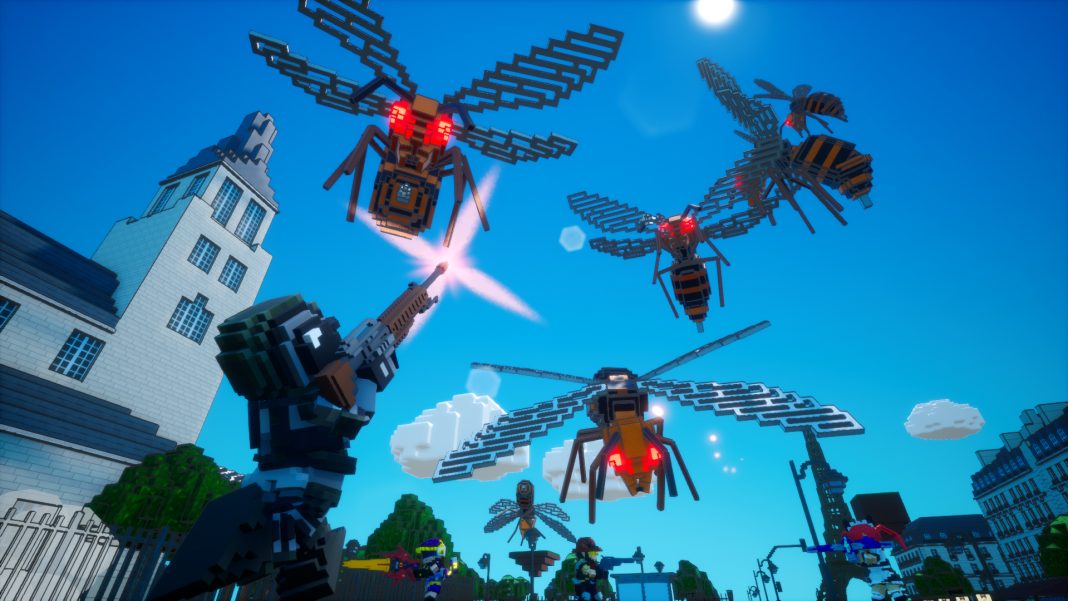 Earth Defense Force: World Brothers can be enjoyed by longtime fans and newcomers

I wanted to know how welcoming Earth Defense Force: World Brothers is for newcomers and veteran Earth Defense Force fans. This is the first time a game in the Earth Defense Force series is releasing on Nintendo Switch as well. “First of all, for the core fans and gamers, I really want to tell them that you can definitely enjoy this game as a spin-off because you get to play all the characters from the previous EDF series as well as a lot of enemies to fight against,” Okajima says. “The legacy characters, weapons, and details will let core fans definitely enjoy playing this game as a spin-off.”

He goes on to talk about how Earth Defense Force: World Brothers will introduce the series to newcomers.

“So for those of you who are going to pick this game up as a first EDF game, I really want to introduce the world of EDF to these people through this which is a really good action game which you can freely play,” Okajima says. “Most of the time people see this as a game that is too hardcore or sometimes too difficult to play. We have a new voxel art look in the game that is fun to play. It looks great and sounds great so I think the new players will definitely find this easy to jump in and enjoy the gameplay.”

On how Earth Defense Force: World Brothers has been received so far in Japan following its December 2020 release in Japan, Okajima comments on the feedback the team has gotten so far.

“We have already released EDF World Brothers in Japan”, he says. “We are getting a lot of positive feedback from both core and new fans. Like I mentioned, there are a lot of good features in this game. I really hope that it is going to be the same case as the game gets received well by both sides and more people will play these games and get into the EDF world and play.”

Earth Defense Force: World Brothers will release on PS4, Nintendo Switch, and Steam at the same time in the West

In the past, Earth Defense Force games have been released on PS4 first with a PC port down the line. With Earth Defense Force: World Brothers, D3 Publisher is bringing the game to the West on two consoles and PC at the same time. I wanted to know how it was working on multiple platforms with localization and production during a pandemic.

“Thank you for mentioning that. It was our intention,” he says. “We really wanted to bring this game into multiple platforms such as Nintendo Switch, PS4, and Steam so we are very happy that we achieved that and that we can deliver the game on multiple platforms at the same time to people worldwide.”

He goes on to talk about working from home and praising the development team.

“Everything became possible because we have a great team in development,” he says. “Everyone worked really hard even during the pandemic, with working from home, and made this happen. I feel we are so lucky to have a good team working so hard to make this happen.”

Nobuyuki Okajima would like to bring Dream Club to PS5

Before concluding the interview, I wanted to know if he wanted to revisit any game he has worked in the past for modern consoles and PC like older Earth Defense Force games or even the Simple series games.

“There is one title that I really want to do on PS5,” Okajima says. “Please note that this is my personal opinion and not an official one from D3 Publisher. I don’t know if you know the game but we have a game called dating simulator Dream Club. I really want to do that on PS5.”

He then goes on to talk about how his Zoom background (in the interview) which is from Natsuiro High School is related to Dream Club.

“I think people need Dream Club,” Okajima says. “The background you see behind me is from Natsuiro High School. That’s actually kind of a sequel to Dream Club. So there are some characters from Dream Club in Natsuiro high school. The world setup is kind of similar. It carries over from Dream Club but it is slightly different just so you know.”

We obviously need to wait and see if Okajima gets a chance to revisit Dream Club in the future for PS5.

Earth Defense Force: World Brothers releases on May 27 for PS4, Nintendo Switch, and PC via Steam.