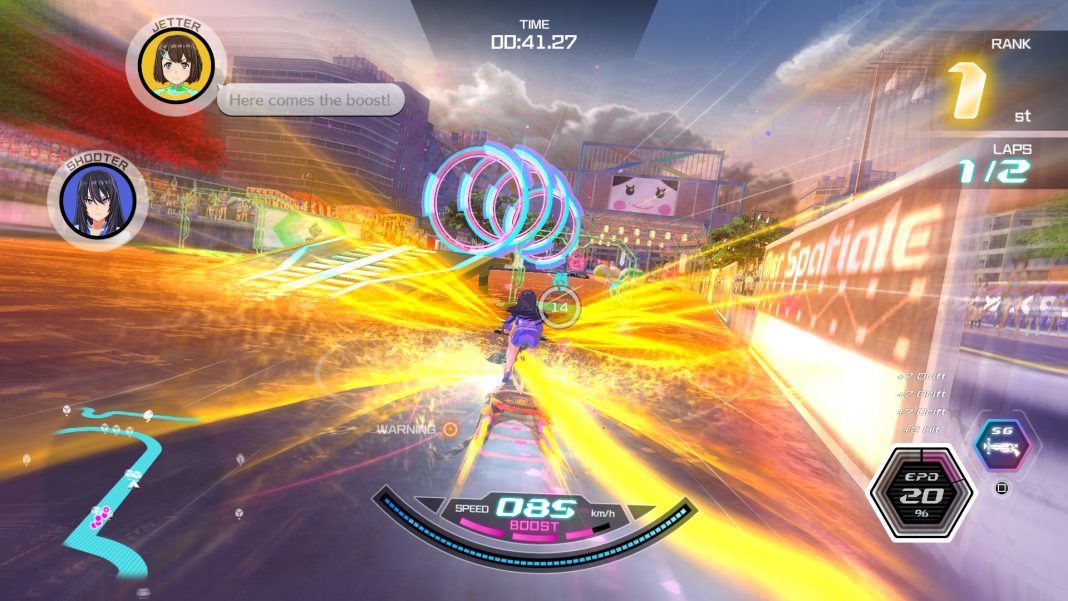 The jet ski racing game from the creator of Senran Kagura is the newest multi-platform launch for the developer with some key differences between the PS4 and Steam versions. The game itself is good and worth getting with some caveats on both systems. Check my review of the PS4 version here and PC version here. I’ve been playing Kandagawa Jet Girls on both platforms and here’s what you need to know.

Kandagawa Jet Girls has great character models, jet ski customisation, and menus across the board but it is lacking in visuals when it comes to environments on many courses. This game isn’t pushing visuals in any form but the aesthetic holds up well with its colourful focus and varied character designs. Considering how well some of the developer’s recent games have been looking on PS4, Kandagawa Jet Girls is a bit disappointing on PS4 Pro but it can look excellent on PC.

Kandagawa Jet Girls on PC played on a laptop with Intel i7-4750HQ at 2.00 GHz, 8GB RAM, and a GTX 950M with 4GB VRAM offers much better quality post-processing through MSAA and FXAA that can make the overall image look a lot better than PS4 Pro that has a lot of jagged edges and screen tearing. Even on my old laptop (link), I could max out every setting for 1080p and get a much better overall image compared to PS4 Pro. Kandagawa Jet Girls on PC easily outshines the PS4 version thanks to the lack of screen tearing and sharper overall image.

In terms of game content, Kandagawa Jet Girls on PS4 and PC has the exact same content as the Japanese version with nothing removed according to the publisher. The PC version offers additional control options like keyboard and mouse and has multiple save slots while the PS4 version has only one save slot.

As compared to the original PS4 release in Japan, the English release has a nice free extra. Ryobi and Ryona from Senran Kagura are included in the base game itself for free. Additional characters from Senran Kagura will be sold separately on both platforms.

Kandagawa Jet Girls PS4 vs PC What to buy?

The PC version of Kandagawa Jet Girls is priced better than the PS4 version on Steam thanks to Xseed Games following Valve’s recommended regional pricing. This price will vary depending on your region but chances are, you will be able to get it cheaper on PC than PS4.

Kandagawa Jet Girls is out now on PS4 and PC via Steam worldwide.