The Mako Reactor
Home Features Shin Megami Tensei V Preview – A Lot of Promise and an... 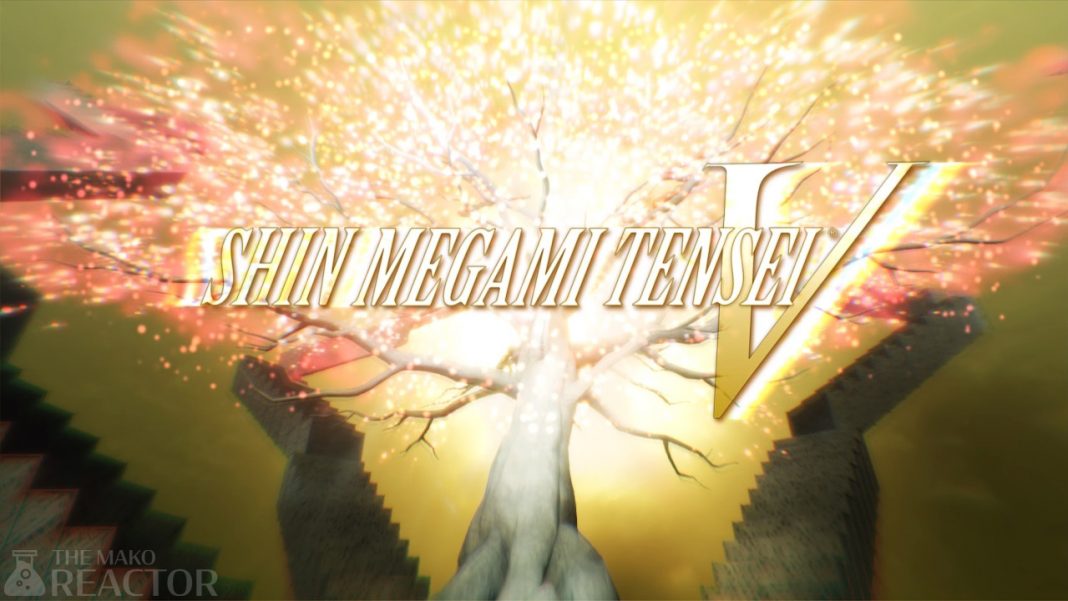 Playing Shin Megami Tensei V feels pretty surreal. It was the only game left from the original Nintendo Switch presentation that was yet to be released. While the wait has been very long, it is nearly over with the game getting a simultaneous worldwide release very soon. This is a huge deal for an Atlus game and hopefully is the norm going forward. Over the last few days, I’ve put in about 12 hours into Shin Megami Tensei V through early access provided by Sega/Atlus and it has been an absolute joy so far. For this preview, I can only talk about the first few hours of Shin Megami Tensei V but the biggest takeaway for me barring all the story details and gameplay additions, is how good the soundtrack is.

Shin Megami Tensei V begins with you taking the role of a student who seems to be living a normal life. While going home, a murder blocks the way forward through the station and you end up looking for your friend who was accompanying you here. This detour takes you into a tunnel which suddenly collapses. You wake up in a desert with demons trying to attack you. A being named Aogami rescues you here and fuses with you. This is where you become a Nahobino, a being that isn’t human or demon. This is where the real story begins in Shin Megami Tensei V.

As Nahobino, you fight demons, talk to them to recruit them, and more. Shin Megami Tensei V has the amazing press turn battle system with some changes and improvements. The biggest surprise is traversal. Moving around in this desert wasteland is very interesting with exploration encouraged. You can jump over obstacles, slide down slopes, and even find hidden chests behind building debris as you try and find the way forward. There is also a huge demon at a much higher level in this early part that you need to avoid here or face certain death.

The path forward isn’t straightforward though with an Abscess blocking your way. This spawns more demons that try and attack you as you try and destroy it. Running into the Abscess has you fighting a strong demon and you destroy this to clear the path forward and reveal more of the map. Shin Megami Tensei V also does not have random encounters. You can see enemy demons fully realized and roaming around as 3D models (seemingly to scale). This is something I’ve hoped to see in a Shin Megami Tensei game for years. Enemies are also denoted by specific symbols on the map. Once you’re spotted, the symbol changes and they chase after you for a short distance.

Thankfully, there are safe points called Leyline Fountains at regular intervals. These serve as save points, shops, the World of Shadows (demon fusion), and fast travel points. In the beginning, you meet Gustave who buys any relics you find in the world and serves as a shop. The World of Shadows is run by Sophia and she helps you unlock special skills, fuse demons, and more. The early part of the game that I’m allowed to talk about even had a subquest from a demon NPC. I’ll go into more details about the difficulty differences in my full review but I did try out all the non-DLC difficulties.

Demon negotiation is back and it is still hilarious. I tried a few dialogue combinations with demons during negotiation and it still feels like one of the best aspects of Shin Megami Tensei. The press turn system and combat in general has seen some changes. You can now fast forward combat animations during normal battles and use auto-battle if you’d like. Buffs are now similar to how they are in Persona versus mainline Shin Megami Tensei. You also have a Magatsuhi gauge in battle that fills up and lets you use special skills. You can collect different Magatsuhi around the map that helps with recovery or fills up this gauge. Demons can also make use of Magatsuhi skills.

I mentioned the traversal and how exploration is encouraged, but the one area that Shin Megami Tensei V falls a little short is in the image quality. As an ambitious Unreal Engine game, I expected some of the cutbacks like draw distance being close and image quality being softer than I’d like. Thankfully, the game’s interface and menus are all native resolution so there aren’t any clarity issues. Just expect to see some demons and things in the environment pop-in as you run forward sometimes. Performance and load times have been relatively good so far in the parts I can cover for preview. Shin Megami Tensei V’s aesthetic is definitely great though, and seeing all the demons (so far) rendered in 3D and animations, has been excellent. One thing to note is that Shin Megami Tensei V does not support the Nintendo Switch’s native video capture functionality right now. It does support screenshot capturing though.

Having played through Nocturne twice this year on PC and Nintendo Switch, I was ready for a new Shin Megami Tensei game. Based on what I can talk about from what I’ve played of Shin Megami Tensei V, this feels like it could join the ranks of Xenoblade Chronicles 2 and Octopath Traveler as the best JRPGs on the system and I can’t wait to play more. While I expected the combat to feel awesome, and was surprised by the traversal and exploration, the soundtrack living up to my expectations has been the best part. I’ll have a full review of Shin Megami Tensei V closer to release.

Shin Megami Tensei V releases on November 12 for Nintendo Switch. Here’s everything you need to know about the game’s editions, DLC, and more.