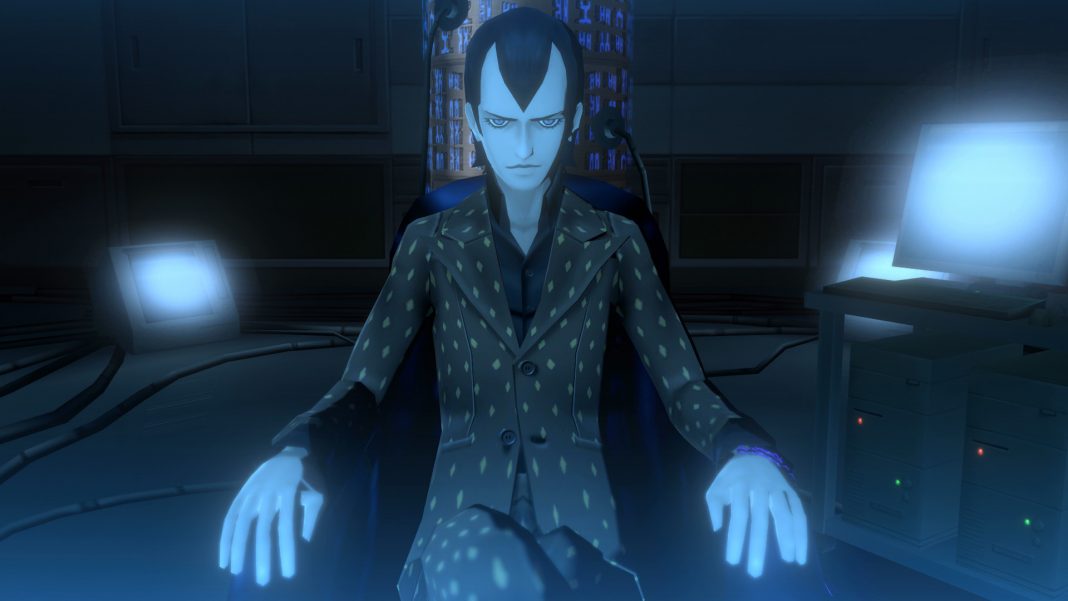 While most newer Atlus fans are likely familiar with the developer’s games through recent releases and ports like Persona 5, Catherine, and even Persona 4 Golden, two of the developer’s most consistent franchises when it comes to quality are Etrian Odyssey and Shin Megami Tensei. While the Nintendo 3DS had a plethora of Etrian Odyssey and Shin Megami Tensei games through ports and new releases, Atlus’ PS2 output hasn’t seen as many games remastered or ported to modern systems leaving some true classics behind. Thankfully, Shin Megami Tensei III Nocturne HD Remaster sees one of Atlus’ best games brought over to modern systems including PS4, Nintendo Switch, and PC via Steam.

Having only properly experienced Nocturne through this HD remaster since I never finished the original through the PS2 classic release on PS3, I can see why a lot of people kept recommending it to me for years. Until today, Shin Megami Tensei Devil Survivor 2 and Shin Megami Tensei IV were my favourite Shin Megami Tensei games but Shin Megami Tensei III Nocturne HD Remaster changes everything. The gorgeous aesthetic from the original translates perfectly to HD and the storytelling has aged brilliantly. I can safely say that this is one of the best JRPGs I’ve played ever. Thanks to the time I spent with the PS2 classic and now having played the HD remaster on both Nintendo Switch and PC, it has been a fantastic experience finally seeing why Nocturne is considered one of Atlus’ best games.

If you’ve never played Nocturne before, it is set in a modern-day Tokyo where you begin as a young boy going to meet his teacher but ends up getting caught in an apocalyptic event known as the Conception. You transform into the Demi-fiend and this is where your long journey begins. What makes Nocturne’s narrative so good, barring the way the story plays out, is in how so many parts of the game are sprinkled with dialogue and bits of lore for you to seek out through NPCs, the environment, and more. It also happens to be one of the most gorgeous games out there with its striking visuals that have aged superbly and look even better in HD.

In terms of story content, Nocturne HD doesn’t add anything extra barring the ability to play the game with Raidou Kuzunoha or Dante through free and paid DLC. The original English version of Nocturne on PS2 included Dante while Nocturne HD includes Raidou by default on consoles and as free DLC on PC. Barring that change, all versions are at content parity and DLC parity for what is available as paid and free DLC.

Nocturne HD’s battle system is the same as the original. It uses the press turn battle system that involves stealing turns through exploiting enemy weaknesses and protecting your own. Critical hits, blocking, and more turn the tide of battle and the encounters in Nocturne are memorable. The encounter rate is higher than what most people will be used to in modern JRPGs but the press turn system, negotiating with demons to recruit them, buffing and debuffing, and more make it a joy even when you end up dying thanks to not preparing enough for a boss battle. All of this is complemented by Nocturne’s sublime music.

For those who have already played Nocturne before on PS2 or through the classics release on PS3 and are considering the PC port, Nocturne’s HD remaster includes redone character models, higher resolution widescreen environments, great quality of life improvements, a wealth of control options, and some aspects that deserved more care. In terms of a PC port, Nocturne HD isn’t as good as Persona 4 Golden but it is better than I expected. There are some disappointing things like the 30fps cap and the low resolution 4:3 cut-scenes though. Atlus has gone above and beyond with controls though. Not only do you have the option to play with keyboard and mouse with remapping, but also full button prompt and controller support for controllers like the PS5 DualSense, DualShock 4, Nintendo Switch Pro Controller, and Xbox Series X controller.

The two biggest quality of life improvements in this remaster are the suspend option and the skill inheritance option. You can now manually choose skills during fusion as an option or go with the original random skill inheritance. This removes one major random element that will save players a lot of time as they work towards better demons during fusion. The suspend feature isn’t as good as having true save anywhere but it does let you temporarily save data and get back to the game like you would in many handheld games.

Visually, I adore most of this remaster but am disappointed by a few things. The new models, widescreen visuals, and high resolution environments in dungeons are excellent. Nocturne’s gorgeous art style truly shines now with the higher quality visuals that scale even higher on PC thanks to render scale options. You also have the ability to tweak the visuals more to your liking with PC-exclusive features like contrast and view a live preview for screen brightness. The disappointing aspects are obviously the 30fps frame rate cap and the low resolution pre-rendered cut-scenes. One of the visual problems that affected the original Japanese release is still present not only on Nintendo Switch in the Western release but also on PC. This is the flickering on certain characters most noticeable with the Minister in the Cathedral of Shadows.

Nocturne’s original soundtrack is legendary and it comes very close to Shin Megami Tensei IV’s soundtrack, which is one of my favourite soundtracks of all time. What made Nocturne’s soundtrack so special is the brilliant battle themes, atmospheric songs, and the use of text-to-speech tool for vocals in some songs giving it a very distinct flavour. The sad part is the remaster still uses the original compressed audio and not the original soundtrack CD recordings. In the case of any other game, this would be disappointing but with Nocturne it is even worse because the actual soundtrack is that damn good.

The other aspect of the audio in Nocturne HD is the voice acting. This remaster has both English and Japanese voice acting options. The original PS2 release had no voice acting so this is a nice addition albeit without proper lip sync. I played through a few hours with both English and Japanese and settled on English for my full playthrough and found the voice acting mostly excellent with very few things that felt out of place. Purists can disable all voices from the settings to maintain an experience like the PS2 version but I’d recommend keeping the voices on to see how you like them.

If you’re wondering what the PC version offers over Nintendo Switch since the frame rate target is 30fps on both platforms, the PC version has much better load times across the board. I didn’t notice any input lag issues on PC either. I mentioned the control options above and those are definitely nice to have here compared to consoles where you can’t really change much in-game. If you don’t care about playing on the go, there’s no reason to get Nocturne HD on Nintendo Switch over PC. If you do value portability though, check out my Nintendo Switch review here to see how that version fares overall.

Remasters are great for not only making older games accessible on newer platforms but also making them accessible to a new audience. This HD remaster includes a free DLC difficulty titled merciful. Merciful is basically story mode since you get multiple times the experience and money from encounters, a lower encounter rate, buffs to your own agility, damage, and accuracy, and more making the game a cakewalk. While I wouldn’t recommend using this for your first playthrough to experience Nocturne as it was intended, I’m glad this option exists so I can now recommend this remaster to more people who have never played a Shin Megami Tensei game before. Everyone needs to experience this RPG and now more people than ever before can.

While the 30fps cap and 4:3 low resolution cut-scenes definitely hold this back from being an easy recommendation for everyone at the asking price, I’m glad one of Atlus’ best games is more accessible thanks to this HD remaster. The voice acting and quality of life improvements elevate the experience further. Overall, every addition and enhancement in Nocturne HD definitely outweigh the annoyances I have. While Nocturne itself is a masterpiece that deserved better in a lot of ways, Shin Megami Tensei III Nocturne HD Remaster is well worth experiencing with its sublime combat, amazing atmosphere, great characters, and memorable boss fights. Hopefully this leads to the Digital Devil Saga games getting brought over to modern platforms in the future.