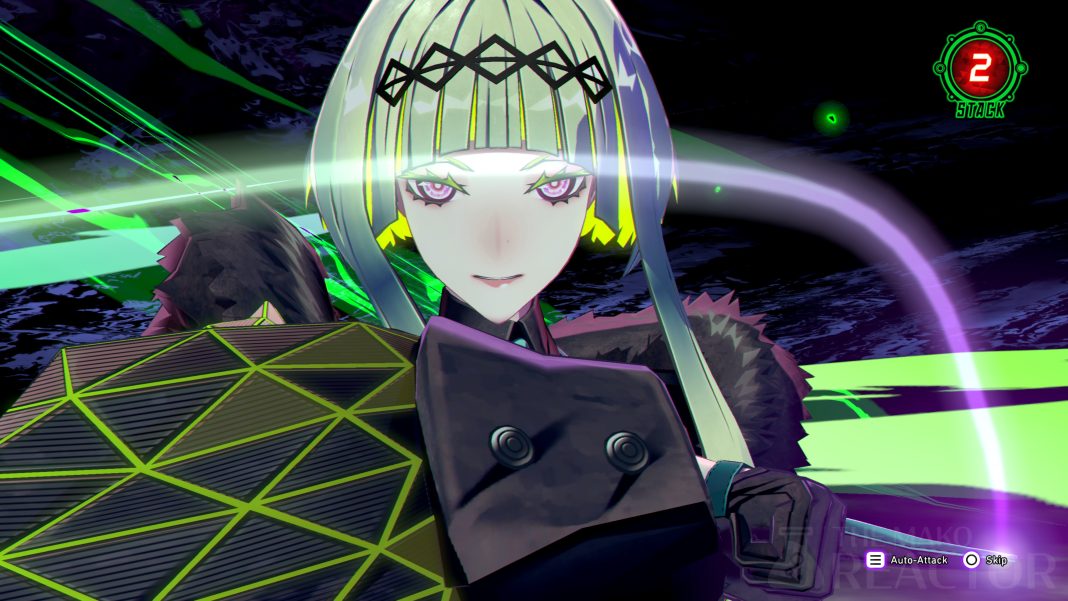 It feels weird thinking about how Soul Hackers 2, a new JRPG from Atlus, went from announcement to release this quickly. Having gone through the years of Persona 5 delays and even Shin Megami Tensei V, Soul Hackers 2 being announced and released in about half a year is wild. I’ve now played the PS5, PS4, and PC versions of Soul Hackers 2 for preview thanks to early access provided by Atlus West. While I’ve currently played more than 30 hours so far, I’m only allowed to discuss the early parts of the game and story for this preview. For my Soul Hackers 2 hands-on preview, I will also cover the PS5 features and differences between the PS4 and PS5 version.

Soul Hackers 2 is an accessible and stylish JRPG

Despite the number in the name, Soul Hackers 2 can be played as a fully standalone game. There are some references to terminology and even a specific name in the parts I’m allowed to talk about, but everything is explained to you as if this is your first JRPG, let alone your first Soul Hackers or Atlus game. Soul Hackers 2 is a very accessible game mechanically, despite it having a lot of depth and even difficulty depending on how you approach things. I adored the Nintendo 3DS Soul Hackers release, and still think anyone who enjoys Atlus games and owns a 3DS should experience it.

With a brand-new cast, I was glad that I liked all the party members so far. Ringo is a fantastic protagonist. Her back and forth with Figue, and even the interactions between Arrow and Milady are great. I can’t get into too many details right now, but I’m pleased with how Atlus has balanced the time spent interacting with your party members to learn more about them at the bar and also at story locations. Inviting a friend or two to drink with Ringo helps her Soul Level grow which allows you to grow stronger through a specific dungeon in-game.

I’ve been playing it with the English dub so far since we’ve had tons of videos from Atlus’ Japanese YouTube channel with the Japanese voice acting. I’ve enjoyed the voice acting so far. The voice direction and casting choices for not just the main characters, but also the demons and bosses so far have been excellent.

Combat in Soul Hackers 2 is turn-based, and it changes things up a bit while still feeling accessible. When you strike an enemy’s weakness, you add your demon to the stack which is like a stored attack. Once everyone has performed their action, Ringo will get any summoned demons to perform a sabbath attack which is a special attack. Depending on your demon’s skills, you can even debuff enemies or heal during this. With more demons in the stack, the sabbath attack becomes more powerful.

Exploration on the other hand, includes one aspect that I’m not a fan of right now. The camera position is too close and movement during dungeons has some camera autocorrection that I’m not a fan of. Atlus has confirmed that there will be new camera options in the day one patch to give players better control of the camera in dungeons. Until I try the patch out, I can’t be sure if the fix will sort out my problems with the camera. This is my only complaint with movement in Soul Hackers 2.

Dungeons now involve demon recon as a focus. Instead of finding chests or negotiating with demons in a dungeon, you send out your demons on recon and they are spread across the dungeon. When you see them, there’s an icon above their head indicating a point of interest. The icon tells you whether the demon has found a rare item, is there to heal you, has organized a demon negotiation, has found money to give you, and more.

I love that Soul Hackers 2 lets you choose to summon a demon with its base stats rather than a more powerful version you have registered. This helps you save money if you aren’t after a specific skill, and just want to fuse a demon to use in another fusion.

While prior games have more involved negotiation, Soul Hackers 2 simplifies recruiting demons. Your demons can introduce you to others through demon recon. When you interact with these demons, you are presented with the usual choices like giving up some HP, MP, money, or items. If you do agree to the request, the demon joins. You don’t need to worry about a demon’s mood or specific questions like in prior games, at least so far.

Soul Hackers 2’s aesthetic is amazing. I love the neon-soaked aesthetic that blends in a lot of Shin Megami Tensei demons and iconography with a lot of neon across the various locations you can explore so far. The shops, character portraits, party members, and NPCs look excellent. The only downside to the visuals in the parts I’m allowed to talk about in this preview, is in how two specific locations you explore aren’t interesting aesthetically.

The trailers so far really don’t do justice to how good Soul Hackers 2 looks and feels on a good monitor at 60fps. I was constantly impressed by the quality of the demon models, cut-scenes, and new characters introduced in the time I’ve spent with it so far. The only aspect I’m not a fan of when it comes to visuals, is with some jagged edges thanks to it not having great anti-aliasing in parts.

The Soul Hackers 3DS soundtrack is one of my favorites, and I love all the soundtracks and arrangements they did for that game. The original Soul Hackers 2 trailer had a very catchy tune, and I’m pleased with almost all the music so far. The regular battle theme and the theme for specific bosses so far is excellent, but the real surprise, is how good the hub and shop music has been across the various locations I’ve been able to access so far. This is definitely another Atlus soundtrack I’d like to own and listen to outside the game.

I wasn’t expecting to see Soul Hackers 2 have PS5 Activity Cards support, but here we are. This lets you quickly view your progress in quests and resume your save by skipping through the various menus like in other games that support this feature properly. I’ve been using this a lot to track the various requests (optional side quests) and main story quest completion.

Barring the PS5-specific features like activity cards, the big differences are in image quality and performance. Soul Hackers 2 has 60fps and 30fps options on PS5, but the PS4 version is only playable at 30fps. The PS4 Pro version that doesn’t have any visual options, also has cutbacks compared to the PS5 version even when the latter is played in the the 60fps mode.

While I couldn’t test Soul Hackers 2 on a 4K display, when played on my 1440p monitor, I stuck to the 60fps option and had almost no issues with the visuals barring the aforementioned anti-aliasing that should have been better. I’ve cropped and zoomed both comparison images to make the differences more visible in specific scenes of the early game between the PS5 and the PS4 Pro versions.

While I still have a lot I can’t talk about, and some mechanics I haven’t even fully seen yet, Soul Hackers 2 is shaping up to be one of the most stylish JRPGs in years. It has a lovely cast, gorgeous designs, a superb soundtrack, and interesting premise so far. I can’t wait to see the conclusion to the story and how certain aspects of the story play out. I will also be covering the PC version of Soul Hackers 2 soon in a separate feature.

Stay tuned for my full Soul Hackers 2 review ahead of the game’s release. If you’re curious about the game and its various DLC and editions, read my feature here.