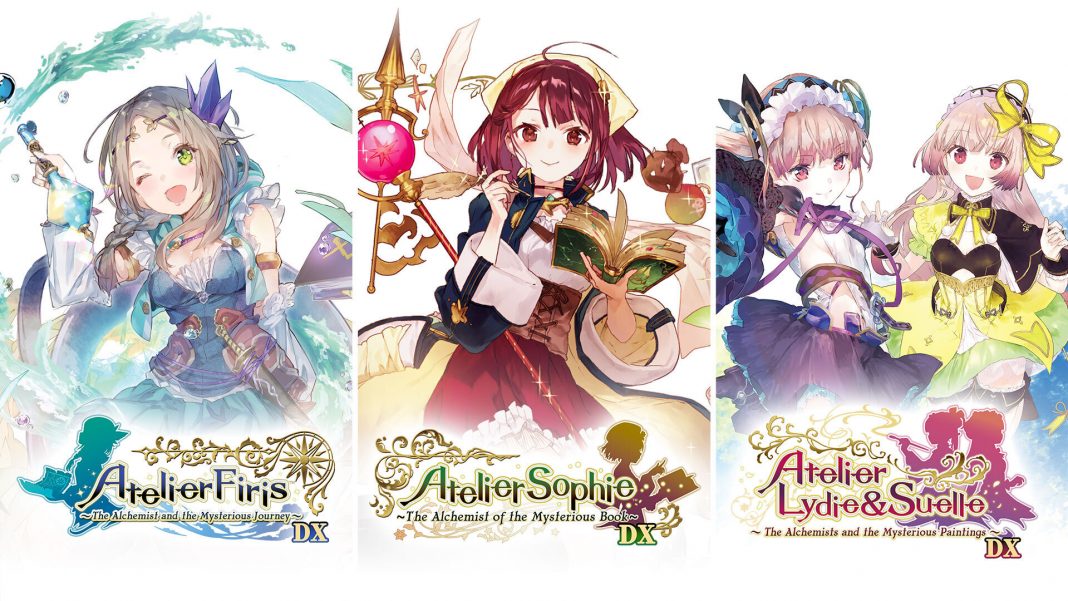 All three new DX versions feature a photo mode, digital artbook, and faster battle mode shown to be twice as fast in the trailer. The individual games have the following new content over the original including most of the DLC included.

The DX version of this game includes a brand-new coming-of-age story for Sophie, as she struggles to step into the shoes of her late grandmother – the town’s reliable alchemist, and an additional costume.

The DX version of the game adds four new vehicles and several exploration items to improve efficiency and speed, as well as seven new quests that lead to unlocking the powerful new foe Palmyra.

The DX version of the game introduces a new painting that connects Lydie and Suelle to the world of Nelke & the Legendary Alchemists. In order to help Lady Nelke develop the city, the twins will have to embark on new missions and fight against perilous new enemies.

The Atelier Mysterious Trilogy Deluxe Pack includes a large amount (but not all) previously released DLC for the games.

The DX releases in this trilogy will make this the first time Sophie and Firis have been released on Nintendo Switch in April. Hopefully the ports are a lot better than Atelier Lydie and Suelle was on Nintendo Switch.

As of now, no upgrade path has been revealed and I don’t expect one. This will likely be three new releases that are also available in a single discounted bundle on all three platforms with a lot of DLC included.

Updated on February 3, 2021 at 7:35 PM – Added information about new content and English trailer.