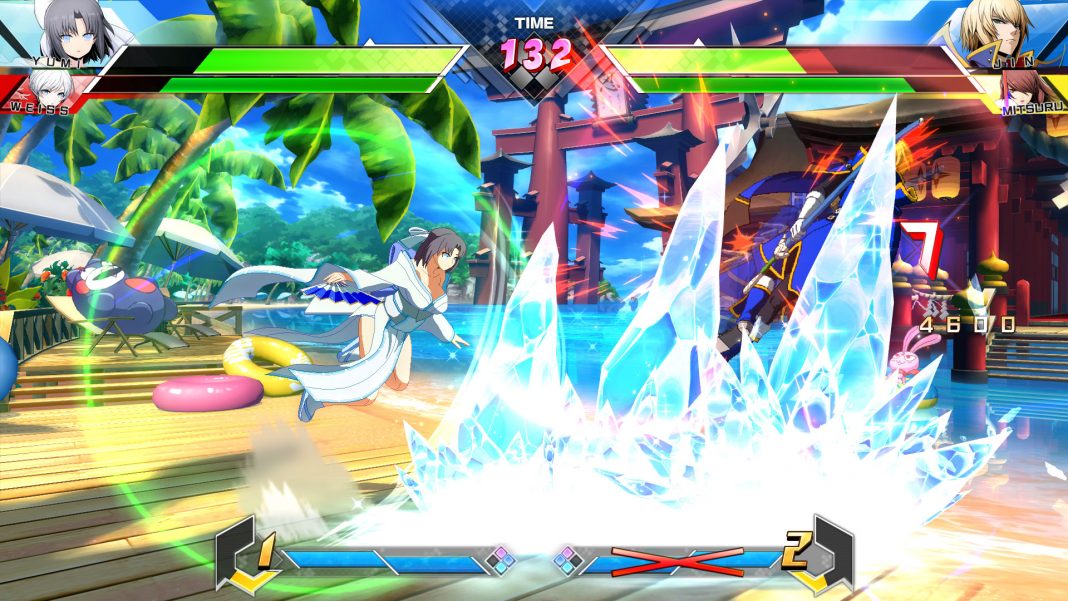 Originally thought to be for both PS4 and Nintendo Switch, BlazBlue Cross Tag Battle Version 2.0 is getting a physical release in Europe only on PS4. PQube Games is also bringing out a Day One edition for the PS4 release that includes a nice bonus. PQube also confirmed that the physical release will include a code for the 2.0 expansion pass.

BlazBlue Cross Tag Battle 2.0 Expansion Pack will release on November 21 for $24.99 on all platforms in North America and Japan and November 22 for Europe (and digitally in India).

BlazBlue Cross Tag Battle Ver. 2.0 Patch will release the same day as the Expansion Pack and it includes major balance adjustments for all players. This will be free. The update will also allow you to play against 2.0 characters without owning the paid Expansion Pack.

BlazBlue Cross Tag Battle Version 2.0 launches on November 21 for PlayStation 4, Nintendo Switch, and PC in North America and November 22 in Europe (and digitally in India).