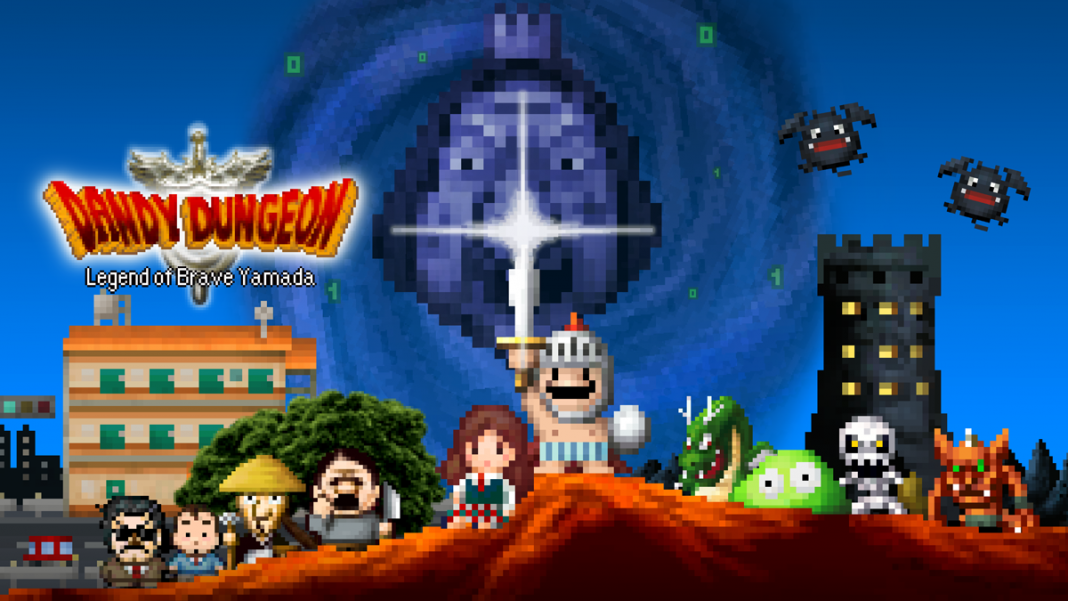 Dandy Dungeon ~Legend of Brave Yamada~ from Onion Games and DMM is a very interesting roguelite that debuted on mobile platforms a while ago as a free to play release. DMM and Onion Games ended service for the game late last year and actually updated the mobile release to be playable offline for the most part. Onion Games (Black Bird, Million Onion Hotel) then brought it to Switch as a digital only release. Today, Dandy Dungeon releases on Steam for Windows and macOS. Watch the trailer for the Nintendo Switch version below:

Dandy Dungeon is priced at just Rs. 519 on Steam. It costs $18.99 in USA and the Nintendo Switch version has seen a price drop to match the Steam price in North America. DLC for Nintendo Switch and PC will also be coming soon.

Dandy Dungeon is now available on Nintendo Switch and PC.