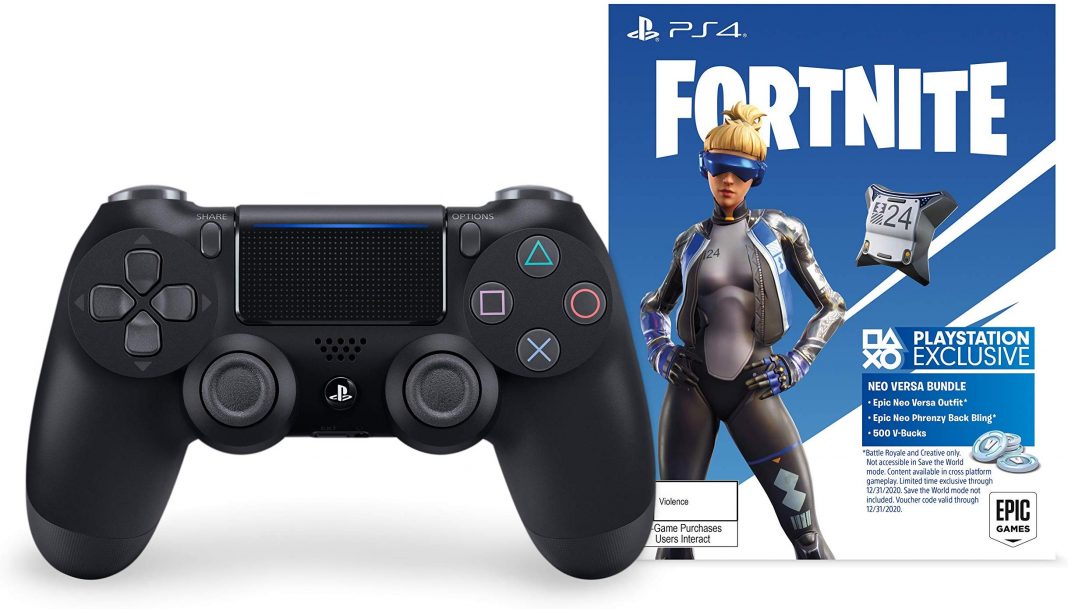 The Fortnite Neo Versa PS4 controller bundle India price is Rs. 5,050. It includes a black DualShock 4 controller as well as Fortnite DLC (Epic Neo Versa Outfit, Epic Neo Phrenzy Back Bling) and 500 V-Bucks to spend in-game. Considering the last Fortnite PS4 Royale Bomber controller bundle launched at Rs. 3,990 there should be no reason for a Rs. 1,060 price hike particularly when a regular black DualShock 4 goes for around a lot less right now.

Unlike the other new colour options such as Electric Purple, Red Camouflage, Titanium Blue, and Rose Gold that are priced at Rs. 5,050 apiece, the Alpine Green DualShock 4 has a Rs. 5,490 price tag attached to it. The Rs. 440 premium is odd.

At the moment there’s no explanation for the increased prices, though if we had to hazard a guess Sony’s focussing on keeping the PS4 price low rather than drop pricing on accessories. After all, there’s no point subsidising controller rates when there aren’t enough console owners to sell to, though this doesn’t explain the higher price tag for them particularly with recent variants being cheaper.