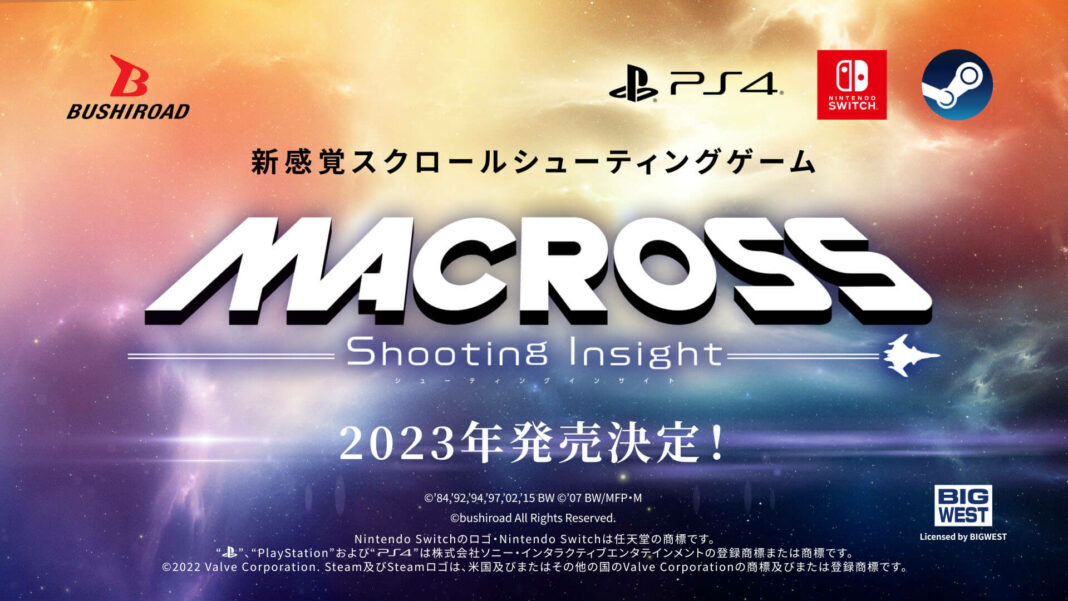 Bushiroad just announced Macross: Shooting Insight for PS4, Nintendo Switch, and Steam. This is a scrolling shooter being developed by Kaminari Games based on the long-running Macross sci-fi mecha media franchise. Kaminari Games developed the recently-released Maid Dragon shoot ’em up. More information is yet to be revealed, but a clip before the logo reveal in Bushiroad’s trailer has some images from the game. Watch it below:

As of this writing, a localization hasn’t been announced. It is currently scheduled for release this year in Japan on PS4, Nintendo Switch, and Steam. I wouldn’t be surprised if Bushiroad self publishes this or if a publisher like Aksys Games handles it for retail.

The official genre on the website is “new sensation scrolling shooter”. I assume it will just be a normal shoot ’em up based on the IP. Either way, I’m very interested in playing this even as someone not too familiar with Macross. Hopefully it gets localized and sees a physical release in the West.

Macross Shooting Insight is set for a 2023 release on PS4, Nintendo Switch, and Steam in Japan.