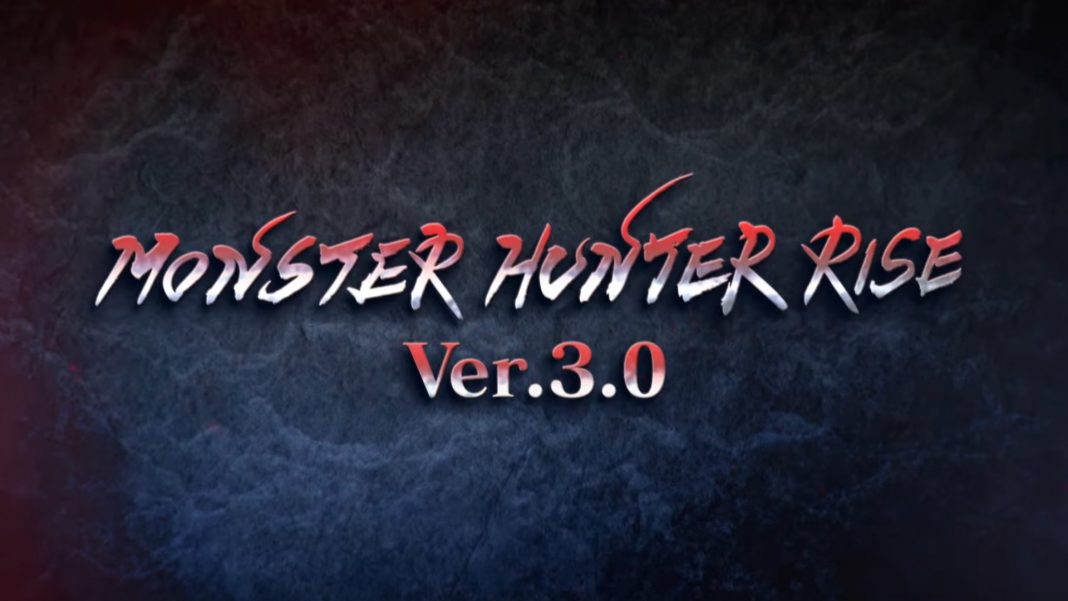 Monster Hunter Rise 3.0 update download size is 1.4GB. The total size with prior updates is 2.9GB.