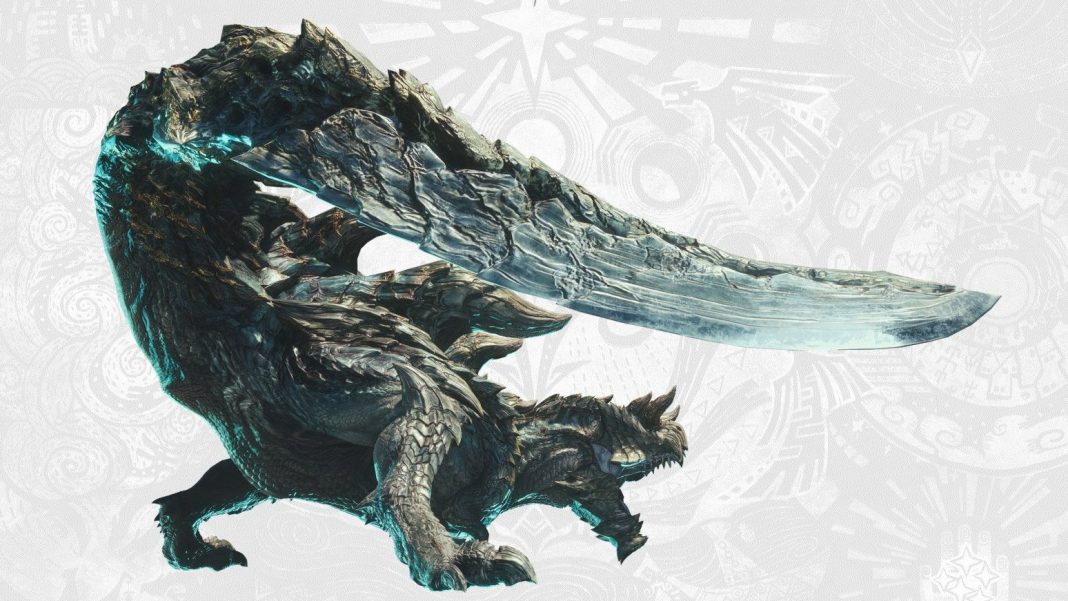 Over the weekend, Capcom had a panel at San Diego Comic-Con for Monster Hunter World: Iceborne. At this panel, they revealed multiple bits of information and showed off new armor sets, design decisions, and even some gameplay. While the panel video has not been made available online yet, the important information from the panel including new art and armor for various new monsters, new weapons, and more have been revealed through attendees including @takeshikitano3 @BlessRNG and @swordsman09 on Twitter and Reddit.

The Ebony Odogaron is a new addition to Iceborne as well. It invades all locales as a rank 4 monster that can use dragon element and inflict bleeding status attacks. Unlike the normal Odogaron, this one starts off powered up. The Death Garon Equipment you can craft from the Ebony Odogaron looks fantastic. Check it out below.

The final reveal from Day 1 was the Acidic Glavenus which is the first subspecies for Glavenus. The Acidic Glavenus appears in the rotten vale as a rank 4 monster that can debuff you. Day 1 also had Capcom tease more subspecies to be revealed for Monster Hunter World: Iceborne.

Ebony Odogaron gameplay is below:

Monster Hunter World: Iceborne releases on September 6 for PlayStation 4 and Xbox One with a PC release set for this Winter. Read our impressions from the beta here.