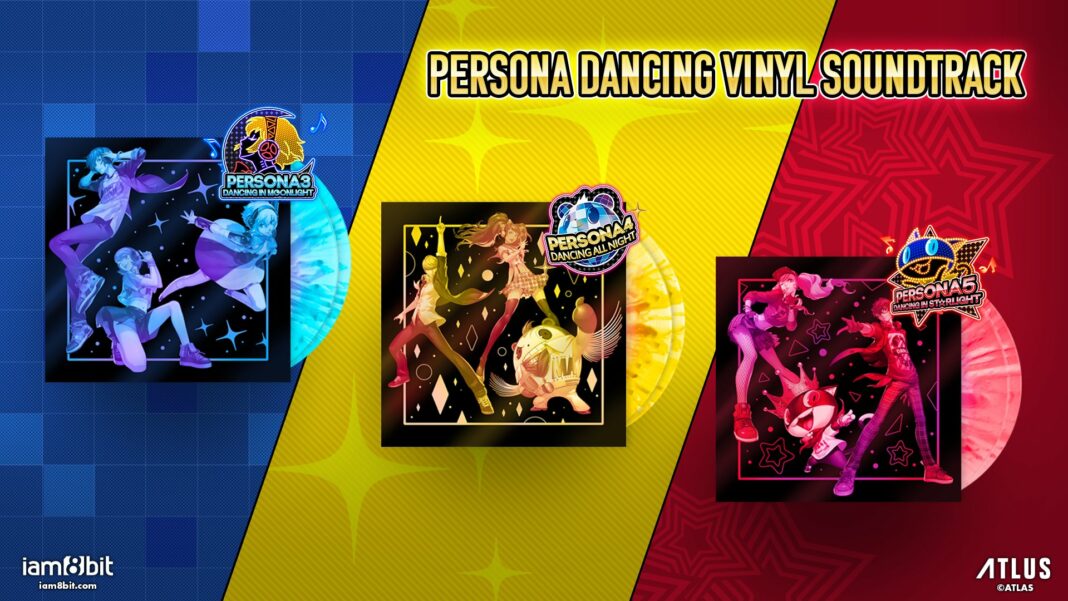 Following iam8bit’s prior Atlus soundtracks, the publisher has announced a set of vinyl releases covering the Persona Dancing games. This release, available as a boxed set or individually, covers music from Persona 5 Dancing in Starlight, Persona 4 Dancing All Night, and Persona 3 Dancing in Moonlight. iam8bit has previously done music from Persona 5, Persona 5 Royal, and more. Watch the Persona Dancing trailer below from its original PS4 launch:

Pre-orders go live on December 8 for $139.99. The individual albums are also available for $42.99 each. Check out the full lineup here.

The Persona Dancing soundtracks including the individual releases and the boxed set (6xLP) will all begin shipping in Q3 2023 going by the iam8bit listings.

I’m glad to see more Atlus games get vinyl releases, but iam8bit continues to make you pre-order almost a year in advance for releases which is disappointing. The tracklist and more information for these albums will be here. Hopefully iam8bit does Catherine music on vinyl next alongside 13 Sentinels: Aegis Rim with how amazing those scores are.

Persona 3 Dancing in Moonlight, Persona 4 Dancing All Night, and Persona 5 Dancing in Starlight are out now on PS4 and PS Vita worldwide.