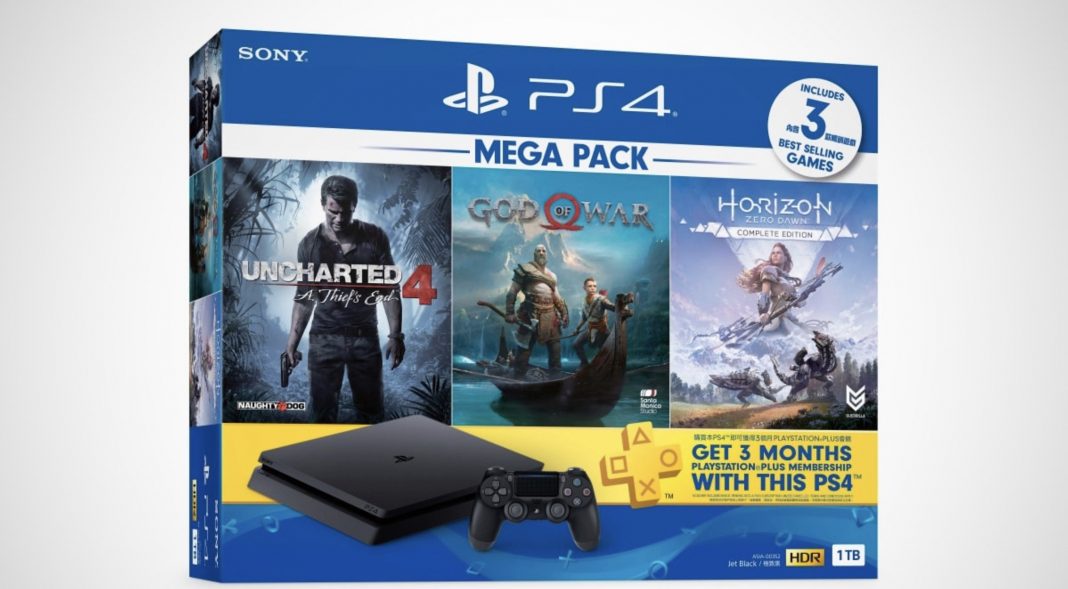 The PS4 price drop for India is in effect. Multiple sources in retail and the supply chain have confirmed to The Mako Reactor that the PS4 Slim 1TB console that ships with God of War (2018), Uncharted 4, and Horizon Zero Dawn: Complete Edition as well as three months of PS Plus is hitting stores now. The PS4 price in India is now Rs. 29,990 and this bundle is officially known as the PS4 Mega Pack. With shipments reaching stores across the country today, now would be a good time to check with your local retailer if you’re looking to buy it offline. Meanwhile, expect the likes of Games The Shop and Amazon India to list it soon as well.

This follows Sony’s announcement of a permanent PS4 price drop last week. As for the PS4 Slim 500GB? Well, as The Mako Reactor was the first to report, it’s been discontinued in India. No surprise when you consider that its MRP of Rs. 28,580 is in striking distance of what the PS4 Slim 1TB price is at the moment. With more storage and a better variety of games, the PS4 1TB variant is the one to buy if you’re looking to get a console in India right now.

And before you ask, no the PS4 Pro hasn’t got a price drop yet. It retains the Rs. 38,710 price tag it had in the country. Though with Diwali around the corner, we won’t be surprised to see Sony drop price or launch PS4 Pro bundles to sweeten the deal.

That said, with Gears 5 Xbox One X consoles finally hitting store shelves as well as Nintendo Switch with improved battery life, and the Nintendo Switch Lite on the way, its heartening to see gamers have options to choose from. Though with Sony having Ghost of Tsushima, Death Stranding, and The Last of Us Part II on the way, it’ll be interesting to see if consumers are receptive to what the company has planned.