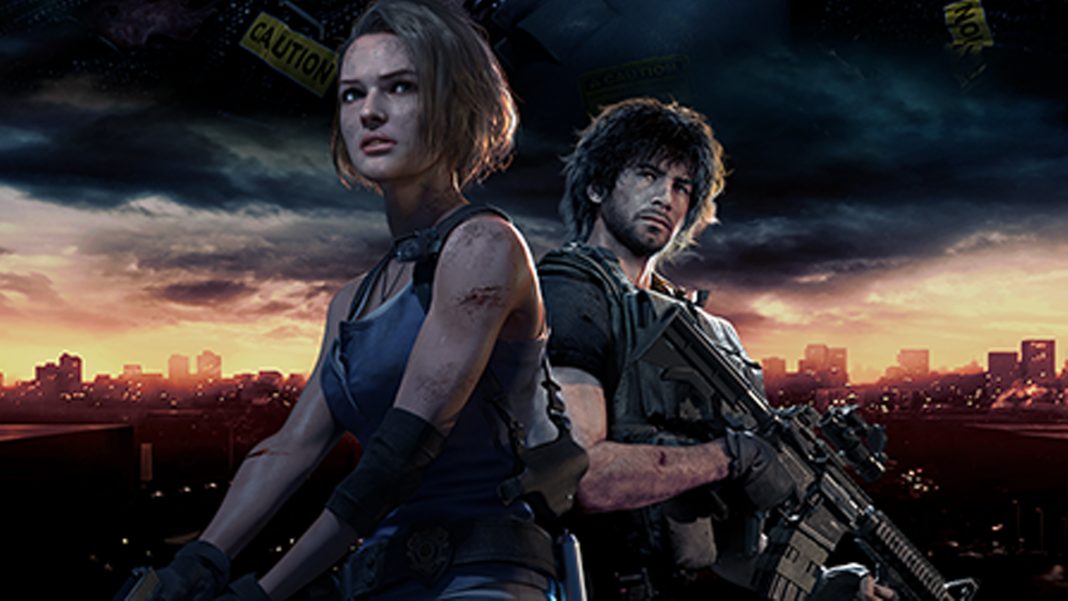 With the Resident Evil 3 Remake release date of April 3 on the way, Capcom has released a new trailer, screenshots, and artwork focussing on its main villain Nemesis as well as Resident Evil 3 Remake’s supporting cast. While the initial reveal focused on protagonist Jill Valentine and Racoon City, we now have a clearer idea of what to expect from Nemesis.

Although Nemesis’ look was teased during the Resident Evil 3 Remake announcement, now Capcom has shown it off in full. In addition to this, Nemesis’ gear such as a flame thrower and rocket launcher as well as tentacle mutation was revealed too.

Also, we got a glimpse of what to expect when you control Jill’s ally, Carlos Oliveira, whose brief section of play appeared to be more action-oriented. Capcom also revealed more details about Resident Evil 3 Remake’s other characters, including those from the Umbrella Biohazard Countermeasure Service (UBCS platoon).

• Brad Vickers – He is one of the sole survivors of the Mansion Incident (depicted in the original Resident Evil) and helped with investigations into Umbrella Corp. As one of the last surviving members of STARS in Raccoon City, he’s also in Nemesis’ sights.

• Mikhail Victor – The UBCS commanding officer is a leader with years of military and commanding experience. Mikhail was seriously injured in his team’s mission to evacuate survivors from Raccoon City. Despite his dire circumstance, he still does as much as he can to help civilians and his platoon. It is his compassion to save Raccoon City’s citizens that convince Jill to help their cause.

• Nicholai Ginovaef – This UBCS team leader is incredibly resilient, cold and calculating, willing to make the necessary sacrifices for the mission and his own benefit. Nicholai dismisses Jill as a “bleeding heart” who will get herself killed.

• Tyrell Patrick – This UBCS member is a seasoned veteran specializing in hacking and disabling security devices. Tyrell provides invaluable support from behind the lines.

• Murphy Seeker – This UBCS member and former U.S. Marine is an exceptional sniper. Like Mikhail, he also gets seriously injured during the Raccoon City mission.

• Dario Rosso – A civilian Jill encounters in a warehouse in uptown Raccoon City who is reeling from the shock of losing his family. Dario rejects Jill’s pleas to escape the crumbling city.

• Hunter enemy – Both Jill and Carlos will encounter this terrifying new monster in Resident Evil 3.

As we mentioned, the Resident Evil 3 Remake is out on April 3. You can check out pre-order details for it right here.