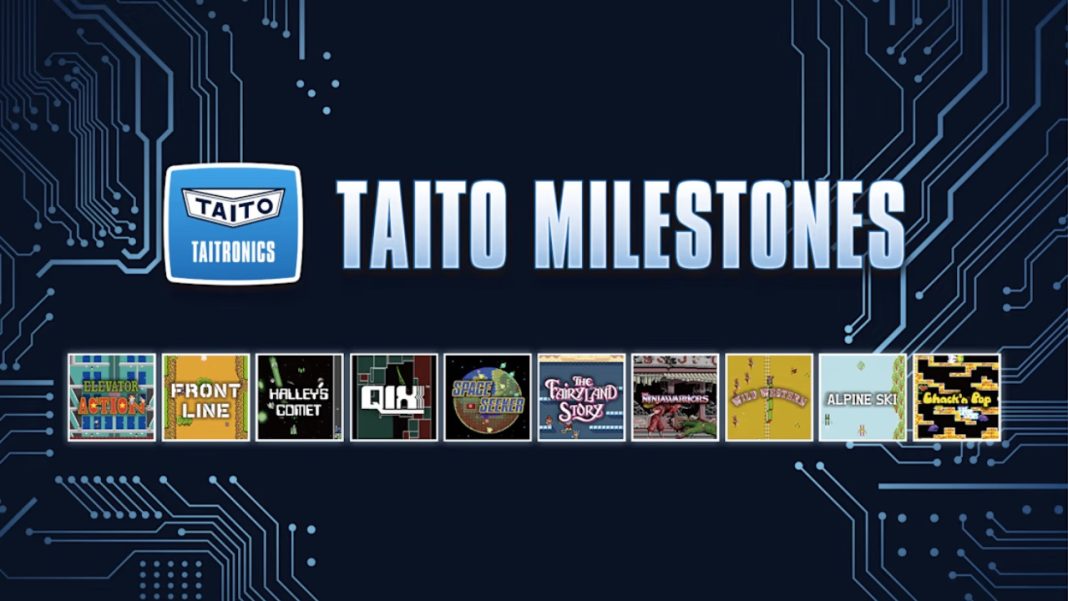 ININ Games just announced that Taito Milestones which includes classic Taito arcade games is releasing on April 15 for Nintendo Switch in the West. A physical release at retailers, limited edition, and collector’s edition were already revealed. Taito Milestones released on February 24 in Japan already. Watch the Taito Milestones trailer below:

The Taito Milestones Nintendo Switch download size is 576MB and it is priced at $39.99 on the eShop.

The games included are below:

Taito Milestones physical release for Nintendo Switch in the West.

Taito Milestones is out now in Japan on Nintendo Switch. It hits the West on April 15.