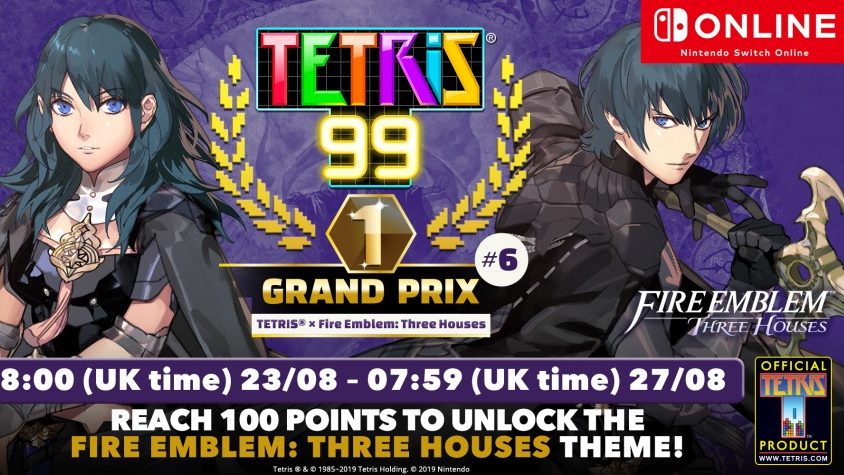 Nintendo just announced the next Grand Prix event for Tetris 99. The Tetris 99 Grand Prix events are time limited events that let you earn points depending on how you fare in Tetris 99. For the Tetris 99 Grand Prix 6, a collaboration has been announced with Fire Emblem: Three Houses. This will let you unlock a special Fire Emblem: Three Houses theme for Tetris 99. These themes usually include custom skins for the game and music that replaces the traditional Tetris 99 game music during a match. You need to earn 100 points to unlock the theme.