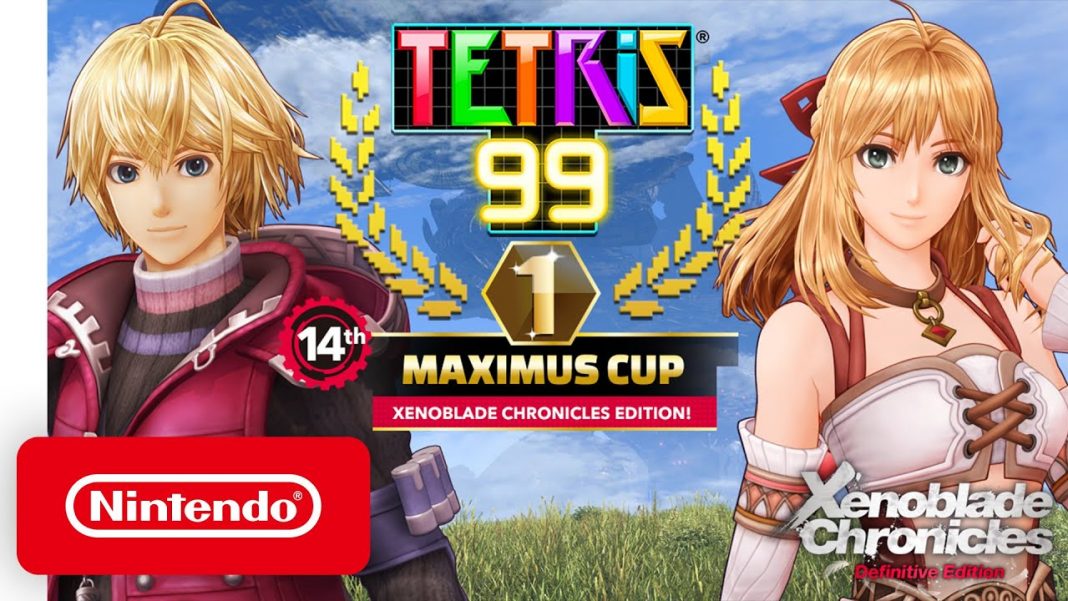 Tetris 99’s newest Maximus Cup just went live on Nintendo Switch. Nintendo usually does Tetris 99 weekend events with a theme featuring the newest game from Nintendo like Fire Emblem: Three Houses. Today’s event is based on Xenoblade Chronicles: Definitive Edition and it lets you unlock a theme featuring music from Xenoblade Chronicles: Definitive Edition. Watch the trailer for it below:

How to unlock the Xenoblade Chronicles theme in Tetris 99

To unlock the Xenoblade Chronicles theme in Tetris 99, you need 100 event points. You can earn event points by playing Tetris 99’s online battles and reaching closer to number 1. You are rewarded each time.