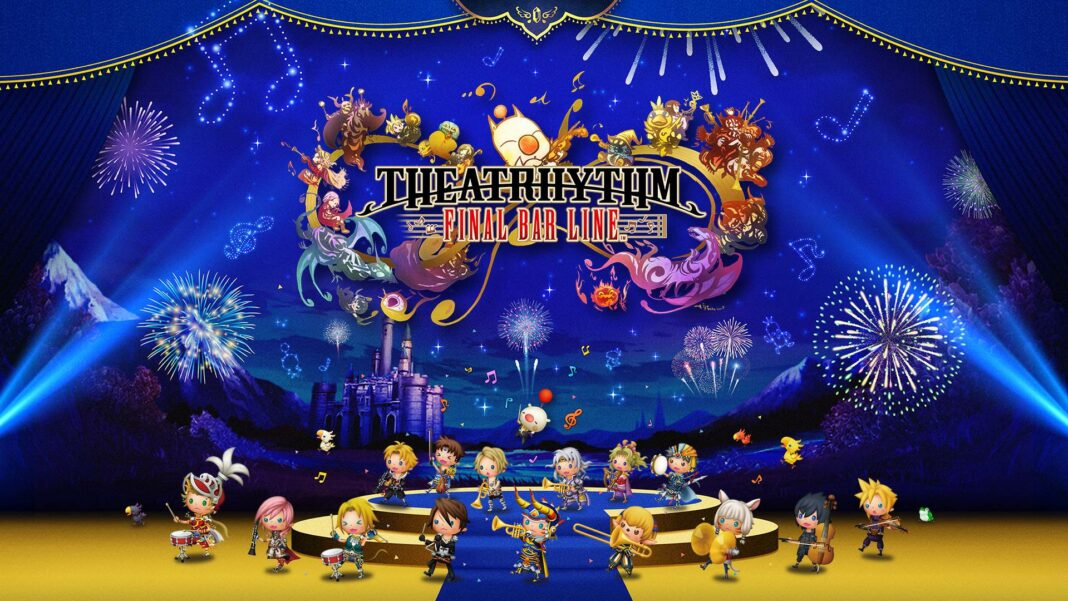 As you play, different circles will move across the screen. The red, yellow, and green circles are called “Triggers”. When Triggers overlap with the white circles to the right of the screen – called “Trigger Marks” – you must make a well-timed move with a button or stick. Each Trigger requires a different input:

Different songs will play in different ways, with three Music Stages. They are:

In these stages, you’ll journey forth with your party with relaxing field music.

In these stages, you’ll play to the beat against a backdrop of unforgettable scenes from each game.

Series Quests: Advance through a total of 29 titles, clearing quests and unlocking characters and playable songs. The game modes detailed by Square Enix are below:

This mode is all-new for THEATRHYTHM BAR LINE – start here to collect songs and characters.

Series Quests let you relive a total of 29 past titles and unlock their songs as you go.

When you unlock a new title, you’ll also unlock its associated characters. You can also obtain enemy characters by clearing all the stages.

You’ll advance through a map by clearing each song’s stage. But there’s more to it than that. Each song has its own quest, such as “Defeat 10 Bombs,” to test your party formation skills. Songs cleared in this mode are unlocked to play in Music Stages.

While the full list hasn’t been revealed, there are many songs listed on this page across the game’s editions, DLC, and more.

As we get closer to launch in February, it is going to be interesting to see more songs and potentially details about the Theatrhythm Final Bar Line game modes revealed.