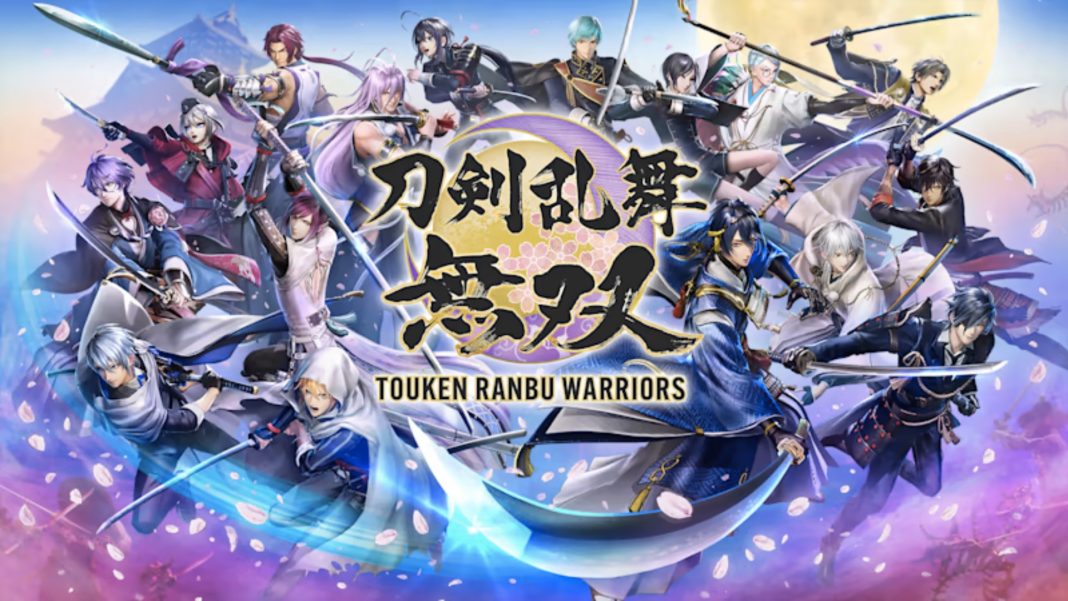 The official website here confirms the Touken Ranbu Warriors English physical release for North America. You can pre-order it now at various retailers. Check out the box art below:

This edition includes special DLC packs including “Honmaru Backdrop”, which lets you change the season of the honmaru; the “Additional Music” DLC, which includes five additional music pieces from Touken Ranbu -ONLINE- specially arranged for this title; and the “Uchiban Outfit” 16 piece set, which allows you to change the outfits of the Touken Danshi. All DLC will also be available separately for purchase on May 24. The Digital Deluxe Edition is priced at $109.99.

With today’s new trailer and digital pre-orders, the English website has also been update with new system information. Check out the official website here. The Touken Ranbu Warriors Digital Deluxe Edition DLC will also be sold separately with it being listed on the eShop already.