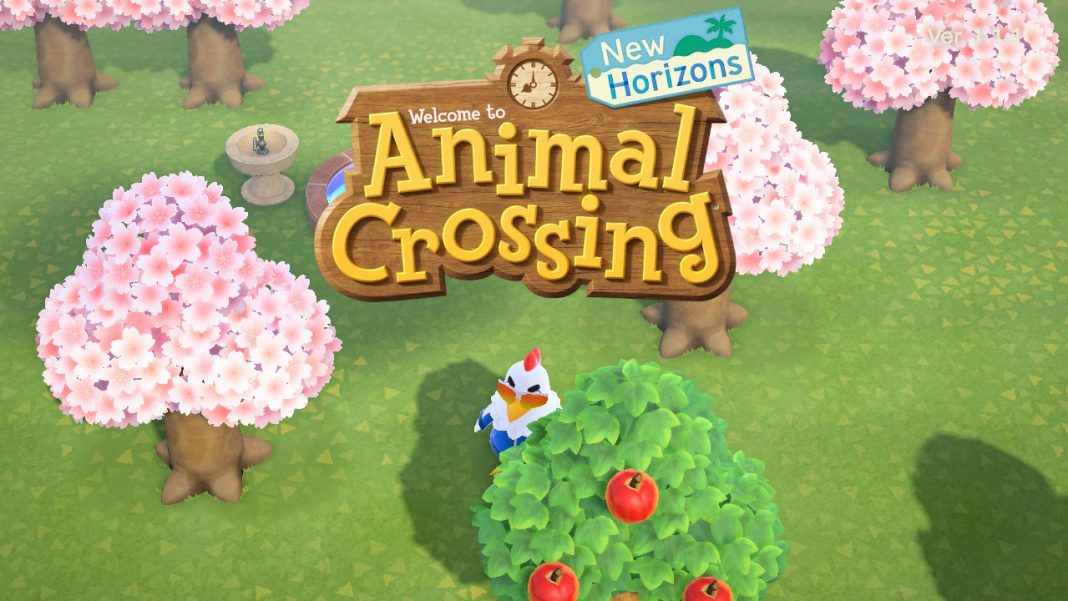 You begin by creating your character on the way to your deserted island package from Nook Inc. Nook Inc. is run by Tom Nook who serves as the most important character in the initial dozens of hours of gameplay in Animal Crossing: New Horizons. Your aim is to build up this deserted island to welcome more animals initially. You do this by fishing, gathering wood, digging up fossils, catching butterflies, gathering stones, and cleaning up the island.

There are tons of activities in Animal Crossing: New Horizons and what you do is completely up to you. Animal Crossing: New Horizons also follows the real-time clock and the first week of gameplay is more or less time-gated. This is basically the tutorial where the game drip feeds you with new mechanics and items as you get your bearings in order.

New to this entry is the Nook Miles system. This is a faux achievement-like system that constantly rewards you with Nook Miles that you can exchange for various items and even certain features. A tool wheel that lets you quickly switch between tools and inventory upgrades are included in rewards for the Nook Miles system. You earn Nook Miles by doing various things like gardening, digging up fossils, catching butterflies, and even getting stung by wasps. This system is a great addition to the Animal Crossing formula because it pushes people who aren’t too fond of open-ended gameplay to work towards specific goals.

The currency in Animal Crossing: New Horizons is bells and a majority of your earnings from selling things will go towards paying off loans. Tom Nook upgrades your house and has you slowly pay off loans. These range from the likes of just under 100,000 bells to more than 1 million bells later on. Tom Nook keeps offering to upgrade your home through larger loans later on. You can also use bells to buy items and basic tools once you slowly upgrade the shops in-game.

The Nook Miles system also lets you buy Nook Miles Tickets. These tickets let you visit random islands that may or may not have an NPC you can invite to your own island in your journey to raise the population of the island. Each of these islands also have various gimmicks like more fish or bamboo and tarantula themes.

Taking control of an island allows you to do a ton of things. You can place furniture and various things you’ve crafted all over the island. If you aren’t happy with trees or flower placements, dig them up. All of this contributes to your island rating (out of five stars) which you can find out by asking Isabelle. The major goal in the game as of now is to raise your island rating by improving the island by planting trees, flowers, and more to be able to unlock terraforming. I finally unlocked terraforming after about 75 hours of playtime. Once you have this, you can freely change up your island’s structure to your heart’s content by easily digging up rivers, demolishing cliffs, making paths with various themes, and more.

The Museum in Animal Crossing: New Leaf was a great visualisation of all the fish, bugs, and fossils you donated. Animal Crossing: New Horizons’s museum is gorgeous. The Animal Crossing aesthetic has translated very well to the Switch and it feels great to play. I was worried that this entry might end up being a sub-par one like Kirby Star Allies was after the awesome Kirby Planet Robobot but it is good to see the wait for a modern Animal Crossing be worth it.

Animal Crossing: New Leaf has one of the best soundtracks on Nintendo 3DS and it is good to see Animal Crossing: New Horizons excel in the music department once again. Not only does it have excellent music (once you unlock the hourly music), but it also has multiple ways for you to buy new songs to listen to at home. You can get a record player and buy a new song almost everyday to register and listen to. The hourly music for 12pm, 5pm, and 10pm in particular are highlights.

Visually, Animal Crossing: New Horizons is great looking. It also runs without issues docked and handheld. The only downside to the visuals is that sometimes certain things are hidden until you change the camera angle. This definitely feels like one of the most polished releases from Nintendo when it comes to visuals and performance for sure.

New to the series is the option to allow for a more immersive experience through hemisphere selection. You can now have the game’s seasons match up with the Northern or Southern Hemisphere. This affects the bugs, fishes, and even weeds on your island. I’ve tested this across two save files on two Nintendo Switch systems.

The biggest problems with Animal Crossing: New Horizons are the crafting and the online. There are some more minor issues like not being able to sort your inventory in your pocket automatically while you can do it for your house storage.

While tool durability isn’t much of a problem, not being able to craft bulk items or multiple tools at a time is annoying. To be able to craft a net, you need to first craft a flimsy net and then use that to craft a net. This wastes too much time. If you have your crafting workbench inside your house, you still can’t access your home storage and need to make sure you have all the materials in your pockets. Simple quality of life fixes here would go a long way in making Animal Crossing: New Horizons a much better experience.

The online mode itself isn’t bad but the time it takes to visit someone else or have someone visit you is a problem. You have to go through multiple text boxes just to be able to visit someone online after which you deal with a long loading screen. The issues aren’t just on your side here. The person you are visiting will be forcibly put into a similar loading screen letting you know that someone is arriving on the island. If said person was in the middle of an activity like fishing, the fish will flee. When you leave someone’s island, there’s another long loading animation that takes away control from all players on the island. This gets even more annoying when there are more than 2 people visiting someone’s island.

Overall, Animal Crossing: New Horizons is the best and worst of Nintendo in a single package. It is pretty disappointing that a game as amazing as Animal Crossing: New Horizons has such a mediocre online experience and poorly thought out crafting. The save being locked to your console is also a problem right now. While a save backup option will be added in the future, there’s no reason for a premier Nintendo franchise to not even let you move your save to another console especially when there are people who own both a Nintendo Switch Lite and a Nintendo Switch.