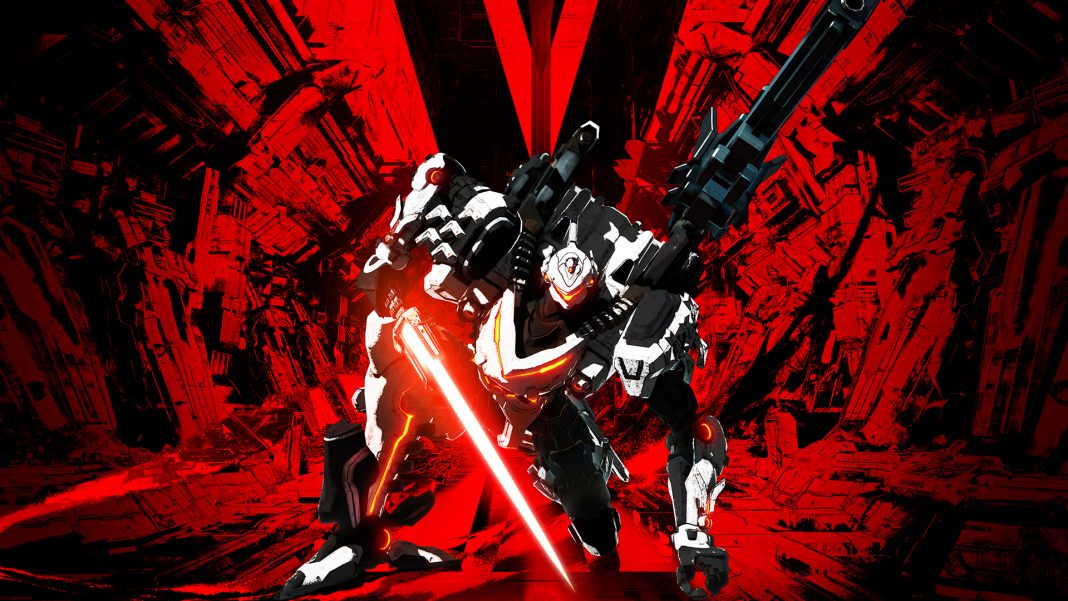 Previously exclusive to the Nintendo Switch, Daemon X Machina makes its way to the PC this week. With the Nintendo Switch having as many high-profile exclusives as it did last year, it felt that Daemon X Machina flew under the radar for many a would be mecha aficionado. Promising a higher resolution and frame rate along with a plethora of options as well as a lower price tag, is this Marvelous-developed robot action game any better in its second outing?

Daemon X Machina has you in the role of an Outer, which is the game world’s equivalent of an Uber driver. Except you’re not driving a car, you’re piloting a giant robot. You’re not ferrying passengers from point A to point B either. Rather, you’re living the gig economy life thanks to Four, an AI that tasks you with missions for the many corporations that inhabit Daemon X Machina’s bleak, all too real take on the future. Most of these involve decimating legions of rogue machines by introducing them to the business end of a bazooka, missile launcher, assault rifle, or if you’re feeling particularly old school, a huge sword.

For most part, the robots you control handle brilliantly. From dodging enemy fire to slashing down foes up close and personal, movement in Daemon X Machina feels fluid and responsive. Not since Hideo Kojima’s superlative Zone of the Enders 2 have I experienced a game in the mecha subgenre with traversal as impeccable as this. 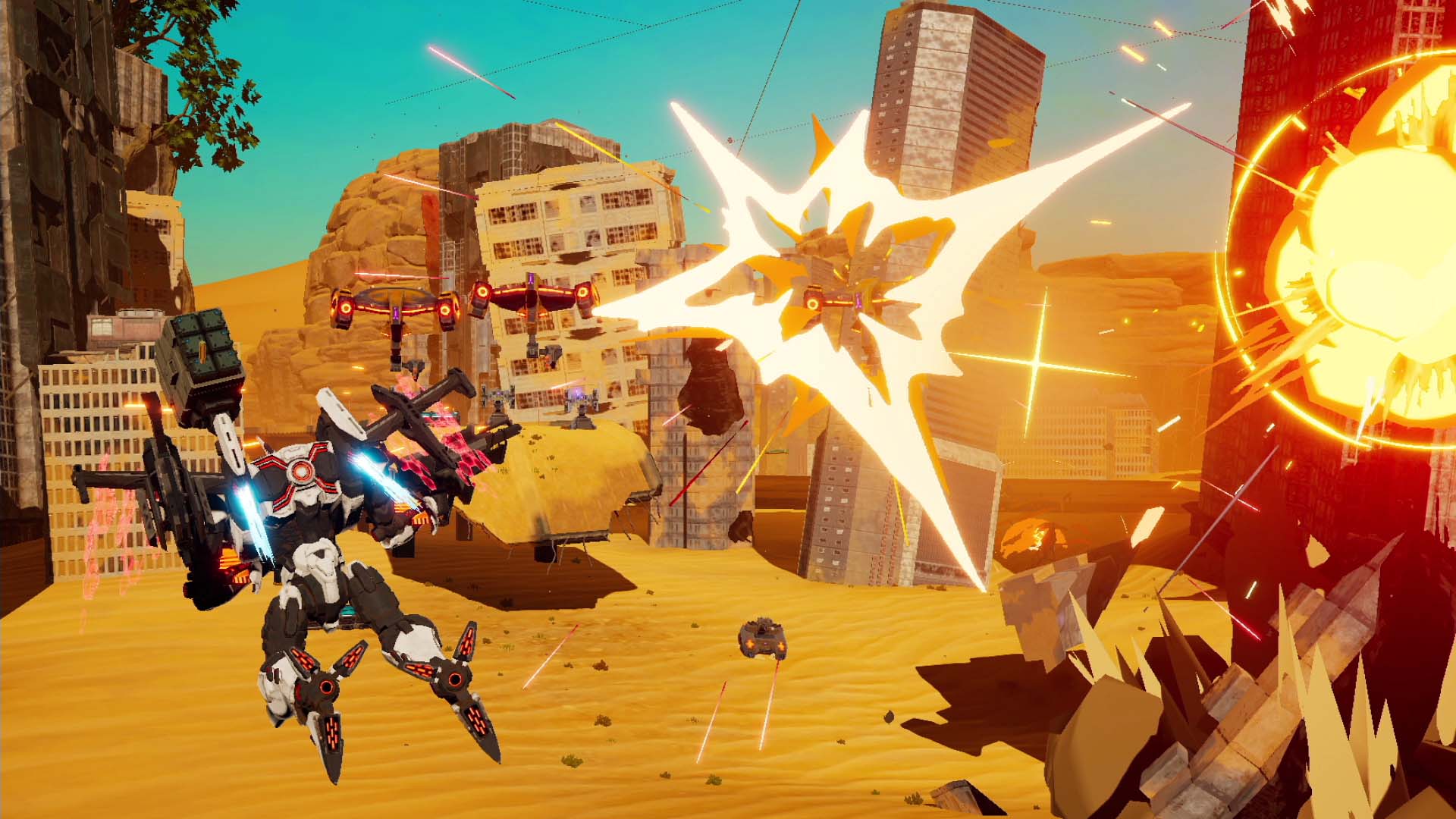 Furthermore, combat is a treat. Your arsenal is varied and each weapon works as you’d expect. Bazookas pack a punch, sword slashes are exceptionally animated and well implemented, allowing you to close the gap with your target and land a killing blow all while ensuring you can’t exploit the option by overusing it, and missiles lock on and blow Daemon X Machina’s many disposable droids to smithereens with the adequate amount of explosions. Though assault rifles tend to feel like peashooters, making it the rare sore spot in a game where controls in battle are intuitive and most of your armaments are fun to use.

The fantastic moment to moment gameplay is backed up by a myriad of customisation options. Depending what you scavenge on the battle field, you’ll have access to new parts to trick out your mecha. Be it arms that let your missiles lock on to enemies faster or legs that are bullet-proof, each piece of gear goes a long way in ensuring your survival across Daemon X Machina’s many missions.

As for the missions themselves, they’re a varied bunch. Events start out slow, having you weed out the odd AI-controlled drone insurgency here and there before you find yourself battling sentient laser-spewing bomber jets or stealing a mecha from an army base in a mission called ‘Tactical Espionage Arsenal’ that’s an homage to Metal Gear Solid. 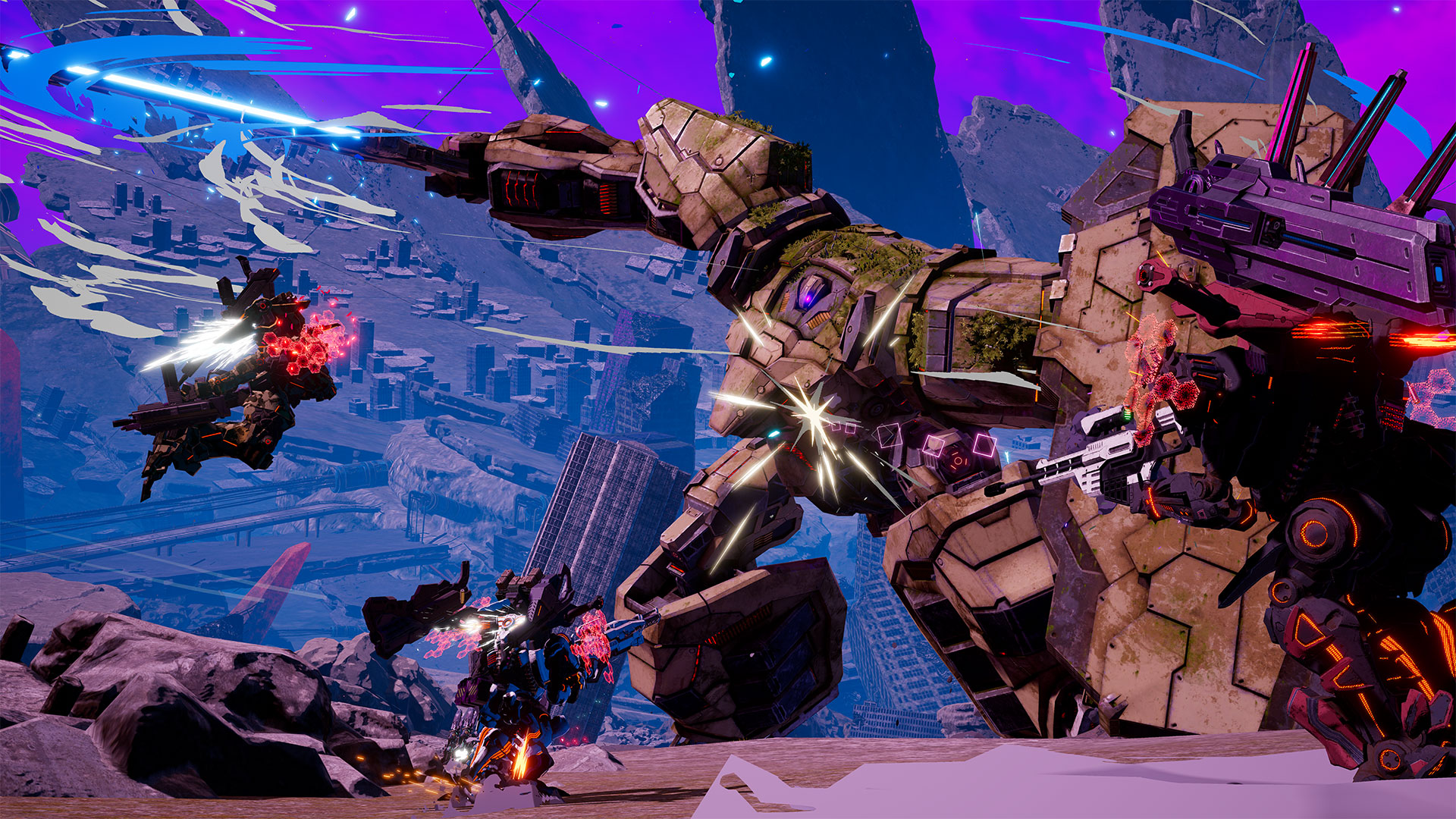 More often than not your time in Daemon X Machina has you partaking in missions with an assortment of other pilots. Be it the duty-bound Bullet Works, mysterious Terrors, rampaging Western VII or too cool for school Five Hells they’re all unique with their own motives for partaking in the game’s many levels. In fact, they’re one of the hooks to keep playing. I found myself engrossed in Daemon X Machina simply because I wanted to see which faction would accompany me for each mission.

And while there’s a lot to love in Daemon X Machina, it’s not perfect. You’ll find yourself indulging in its many optional missions to scavenge better gear as you won’t find too much of it in the main story and it doesn’t explain itself too well. For instance, you’re never told you can customise your HUD to the point of removing elements like the mini-map completely nor are you made aware that developing new weapons and armour using the game’s factory feature requires you to complete a mission to claim them.

However these are minor grouses. Daemon X Machina’s PC port is superlative. Even on budget gaming laptops like ours (Ryzen 5 3550H, 16GB RAM, Nvidia GeForce GTX 1650) we were able to max out every setting for a solid 60fps at 1080p. Throw in niceties like a toggle for chromatic aberration and support for high refresh rates upto 200Hz and there’s a lot to love. It almost feels like a brand new game versus the Switch release thanks to the improved frame rate and resolution, ensuring it never slowed down even in areas where the Switch version often did.

All in all, if you missed out on Daemon X Machina for Nintendo’s hybrid console, the PC version is well worth checking out. The core gameplay is exceptionally entertaining and is bolstered by its many technical improvements. Throw in an interesting setting and intriguing characters and you have one of the better mecha games in recent memory.