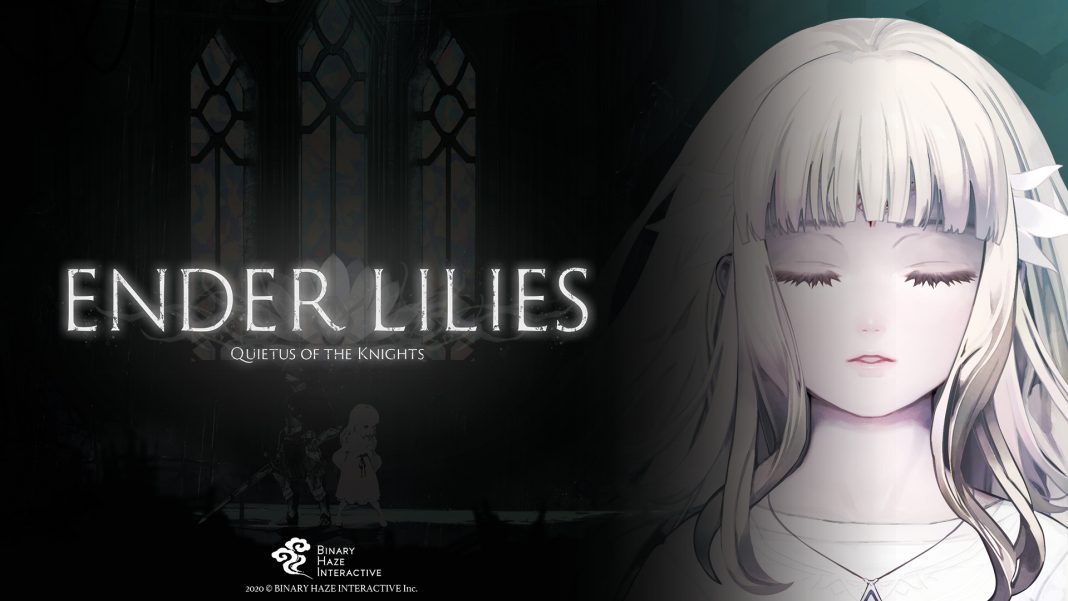 Ender Lilies: Quietus of the Knights was available on Steam Early Access for a while now and it finally arrived on console through the Nintendo Switch release alongside the version 1.0 on PC. The dark fantasy metroidvania was on my radar thanks to its soundtrack and a few recommendations from friends. Having now played it on PS4, Nintendo Switch, and PC, it is easily one of my favorite games this year but the Nintendo Switch version has a few issues holding it back.

In terms of content, Ender Lilies on all platforms is the same. You have the full super-polished 14-15 hour experience available to play docked or handheld with gorgeous visuals in both modes. I’d go so far as to say that Ender Lilies: Quietus of the Knights is one of the best looking metroidvanias you can play with its  dark fantasy aesthetic and great use of post-processing. I also like the quality of life features in the map marking complete and incomplete areas alongside any paths you have unlocked.

The same gameplay issues I had with the PS4 version of Ender Lilies: Quietus of the Knights are present here. The platforming feels lacking in some areas and the absence of momentum for some attack types is disappointing. Barring those, Ender Lilies is one of the rare games I wish I could see more of. A potential sequel that fixes some of these design issues would be amazing. Barring those, there are also some annoying difficulty spikes. Ender Lilies is accessible and doesn’t really punish you much on death given the lenient bonfire-like system in place, but some of the bosses could’ve used better balancing with health pools.

On Nintendo Switch, Ender Lilies: Quietus of the Knights looks gorgeous but it is let down by some performance issues. Ender Lilies targets 60fps on Nintendo Switch and it rarely maintains that for more than a few seconds. Fights with a lot of particle effects, especially boss battles, seem to have the most issues. Hopefully the developers can either improve the performance in these areas or allow for a lower resolution option to let people play with solid performance.

Ender Lilies: Quietus of the Knights feels like the best bits of Salt & Sanctuary, Hollow Knight, and even parts of Dark Souls put together in a very compelling and accessible package. I’m glad it was released on consoles so it can find more success following the PC release. Ender Lilies has ended up being one of the biggest surprises of the year for me. The combination of its gorgeous visuals and amazing soundtrack definitely make this an easy recommendation for anyone looking to try a new metroidvania. Despite it not being revolutionary when it comes to core gameplay, Ender Lilies: Quietus of the Knights is one of the best metroidvanias you can play on Nintendo Switch right now. Hopefully it gets a physical release soon.