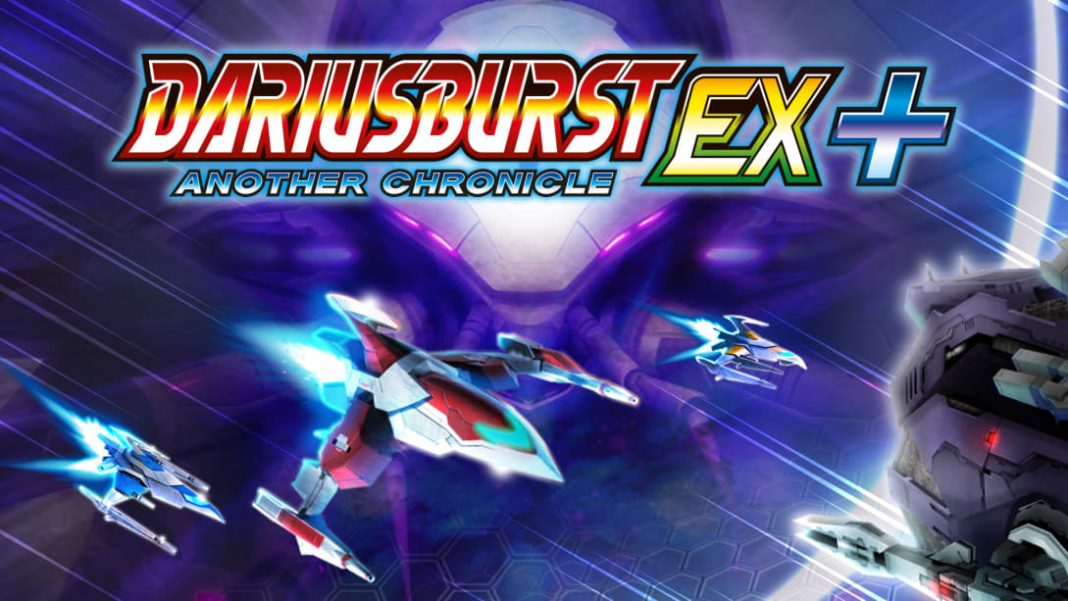 The Darius series of horizontal shoot ’em ups has been on my radar ever since I was recommended Dariusburst: Chronicles Saviours on PS4, PS Vita, and PC. I ended up enjoying that release quite a bit and continued to enjoy the Darius series through the recent Nintendo Switch Darius Cozmic Collections from ININ Games. Following those two releases, the publisher announced another set of Taito releases with the Darius Cozmic Revelation which got a limited retail release and has now been split up to be released individually as Dariusburst: Another Chronicle EX+ and G-Darius HD on both PS4 and Nintendo Switch.

Taito’s long-running Darius series of 2D shoot ’em ups with aquatic-themed enemies and bosses has seen multiple releases across arcades, consoles, and PC platforms over the years. The branching paths add replay value and have always been a nice addition over the linear progression you’d expect. Over the years, there have been quite a few releases across modern consoles and ININ Games is continuing to give the West more Darius action with Dariusburst: Another Chronicle EX+.

In terms of accessibility options, you have the ability to remap the shot, burst, F-Burst, and turn buttons for each controller and an infinite ships entry. Using the infinite ships option will not allow your run to be registered on the leaderboards. The replay mode in Dariusburst: Another Chronicle EX+ lets you view your last runs from the options menu on the title screen.

Visually, Dariusburst: Another Chronicle EX+ has excellent designs and enemy patterns. I adore the visuals, but the aspect ratio will definitely be a problem if you play mostly handheld. Unlike Dariusburst: Chronicles Saviors on PS4, PS Vita, and Steam, Dariusburst: Another Chronicle EX+ doesn’t include a mode designed for 16:9 displays. There is the ability to zoom, but it isn’t really worth using considering you aren’t playing it as intended and miss out on the complete action. I didn’t notice any performance issues or visual issues in the gameplay but some stage transitions have a bit of slowdown.

Barring the brilliantly designed stages, enemies, and ships, this release shines with audio and rumble. The soundtrack in Darius games is almost always worth listening to outside the game as well thanks to Zuntata (Taito’s sound team). Dariusburst: Another Chronicle EX+ adds rumble feedback for the gameplay and the music. It is very well implemented and quite strong. You can tweak this or even turn it off, but I kept it at the maximum level while playing docked using a Nintendo Switch Pro Controller. I only disabled it when playing handheld on the original Switch because it was a bit too much there.

On its own, Dariusburst: Another Chronicle EX+ is a great game for fans of the series who never experienced the arcade game and want to play content not included in Dariusburst: Chronicles Saviors. The fact that this was included in a collection and is being sold at a higher than expected price on its own will limit its reach for sure. Those looking to get into Darius games and horizontal shoot ’em ups on Nintendo Switch will find better value in the Darius collections. Re-releases or ports of older games should always have a museum. Even a small one with just a few bits of concept art and a music player would’ve gone a long way.