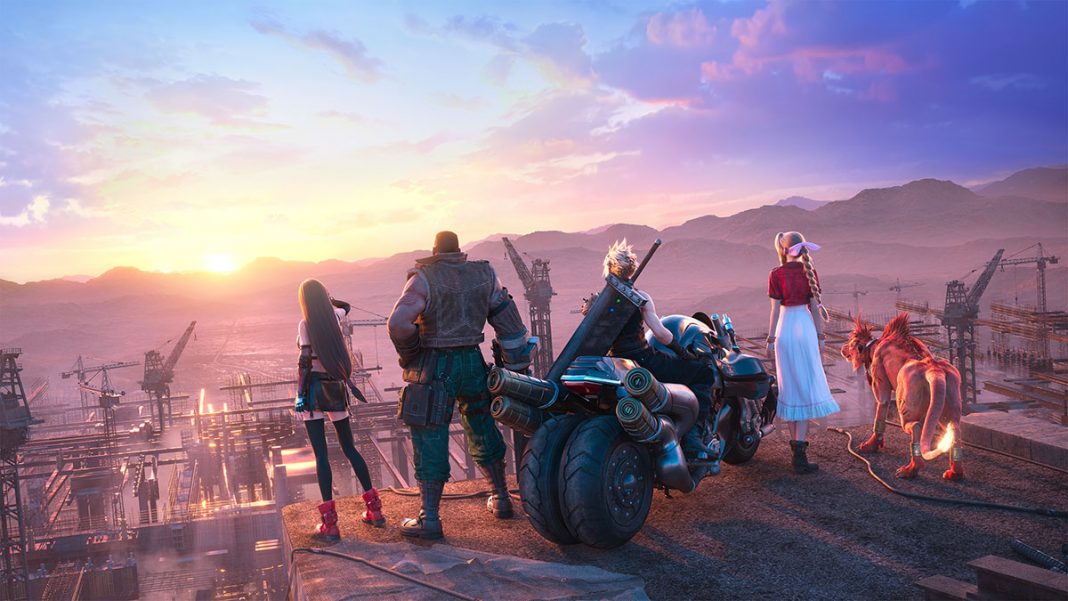 Final Fantasy VII Remake Intergrade is a heavy game if you want to run it above 60fps, but it scales well below and above what’s needed to make it run both below what the PS4 did, and above what the PS5 can do.

I played Final Fantasy VII Remake Intergrade on PC via the Epic Games Store release last year, and the graphics options have not changed at all. In fact the port itself seems nearly the same as when I played it launch on Epic Games Store. You can choose windowed or borderless full screen mode for display mode, adjust your resolution from 720p all the way up to 4K, and then adjust between low and high for texture resolution and shadow resolution.

The frame rate option here lets you choose 30, 60, 90, or 120fps. You can also adjust the number of character models displayed at any time. These settings are the same as the original PC release, but the patch that adjusted the dynamic resolution at higher frame rates than 60fps has been included here. Playing at above 60fps on Steam Deck is a lost cause given it can barely do 60fps locked right now, but there are ways to improve how it looks and runs.

On Steam Deck, I played through different parts of the game including the more busy battles in the base game and FF7R Episode Intermission (Yuffie’s DLC) to see how things run at different settings. If you care about image quality, I’d recommend capping to 30fps, turning shadows to low, and setting the resolution to 1080p. You can also force a higher default resolution through Steam Deck’s properties for the game as Valve introduced in a recent update. Keep in mind that the resolution will adjust depending on the load to hit the frame rate.

This dynamic resolution is more aggressive at higher frame rates. Expect a much softer image if you play at 60fps. The texture resolution didn’t seem to affect the overall performance for me as much as the shadow resolution. If you want to play at higher than 30fps, consider 40 or 50fps by setting the game’s frame rate to 60, and limiting it through the Steam Deck refresh rate. You should also set it to 720p here. Once you do that, you will be able to play at 40fps without much trouble.

One thing to note is that you can also enable the game to run using DX11 instead of DX12 through the game launch options on Steam. This should fix most of the stuttering for you if you’re having issues getting it to even run at 30fps. After doing a lot of testing, I ended up settling on playing it at 720p and 40hz. The PC port for Final Fantasy VII Remake Intergrade is still not as good as it should be, but spending a bit of time to try out the few options on Steam Deck, will help you find what works best for you.

In my testing, I tried various chapters including the busier ones in the slums, the infamous door (that isn’t blurry here like on PS4), a few late game areas with a lot of particles effects, and the more closed areas. The stress area for most is the slums during the day, which I managed getting to run fine and after some tweaking. In fact, I did all my tweaking in that area before settling on what to use for the rest of the game.

Should you buy Final Fantasy VII Remake for Steam Deck and PC?

While the launch discount is on, Final Fantasy VII Remake Intergrade is still expensive on PC for an enhanced release of a game that came out a year ago on PS5 and earlier on PS4. The game itself is absolutely worth full price for me in general. I’ve played it four times now and adore even the DLC with Yuffie. If you skipped all prior releases of it and own a Steam Deck, this is definitely worth getting. I’ve been testing and playing more than 200 games on Steam Deck since I got mine, but few have blown me away like I was when I played through the opening hours of Final Fantasy VII Remake Intergrade on a portable natively.

Hopefully my Final Fantasy VII Remake Intergrade Steam Deck review helped you decide if it is worth investing in right now. Square Enix isn’t the best at supporting releases, but I’m hoping the Steam Deck and Valve promoting the game heavily has the developer at least work at improving this to some extent when it comes to the dynamic resolution so that players don’t have to rely on mods to fix what should’ve been in the port from the start. If you’re wondering about getting it on PC to play on your desktop or laptop, I would recommend getting it from Steam so you can try it and refund if you aren’t happy with how it runs on your setup.

If you already played Final Fantasy VII Remake Intergrade on PS5 and don’t own a Steam Deck, you should only consider grabbing the Steam version if your setup is able to support above 60fps. In its current state, I’d recommend it on PS5 and Steam Deck for the least issues considering how much trouble I had with the Epic Games Store version on the laptop I used before. Just be aware of the limitations of the Steam Deck and this port right now. This isn’t going to be like other cross-generation games where you likely can easily get 60fps on Steam Deck.

Right now, a lot of basic port features you’d expect in a PC release are available through mods, and the base game is a good port, but not as great a port as this game deserves for a delayed release on PC. Hopefully when Final Fantasy VII Rebirth does come to PC eventually, it is in a better place from day one. Until then, I’m looking forward to jumping into it on and off on Steam Deck to explore the gorgeous locations or play Fort Condor.

Games like Final Fantasy VII Remake Intergrade, Death Stranding Director’s Cut, and even Tales of Arise have ended up running good to amazing on Steam Deck. I’ve been playing a lot of games pre-release on Steam Deck for review, and almost all of them have worked great out of the box. Hopefully we see more developers showcase the Steam Deck and optimize for it with their releases in the future.