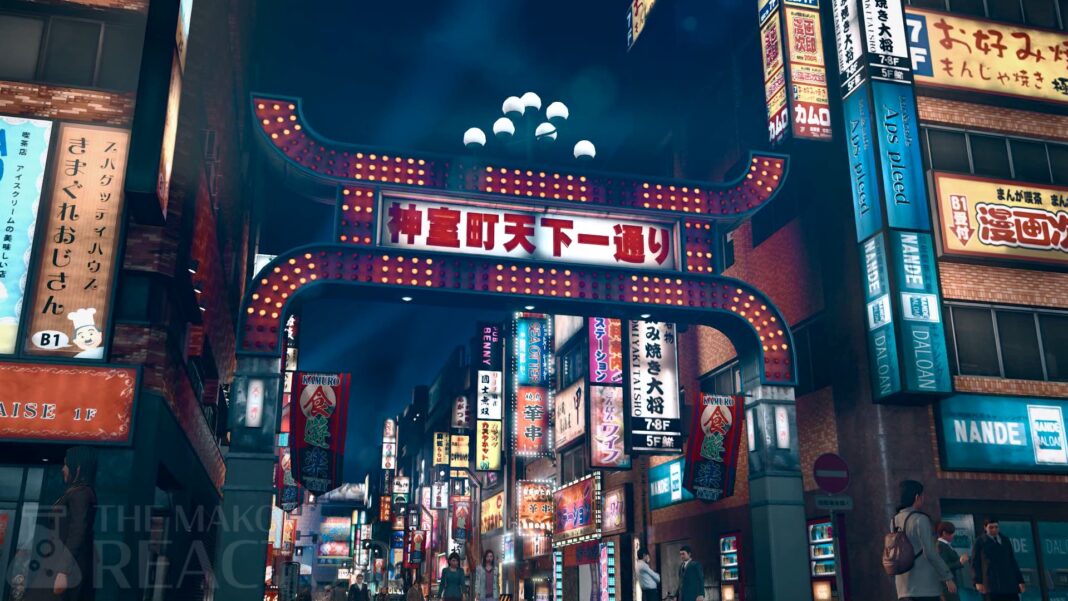 Judgment from Ryu Ga Gotoku Studio and Sega was a brilliant game back when it debuted in 2019 on PS4 platforms worldwide. It was the first game from Ryu Ga Gotoku Studio in recent times to have a localization announced alongside the Japanese game announcement. Following that launch in 2019, Sega released a remaster of Judgment for PS5 and Xbox Series X|S simply titled Judgment bringing all DLC together with the base game for a complete package with various improvements and enhancements. Read my Judgment PS5 review here. Judgment is now on PC from September 15, and I’ve been playing it on my laptop and on Steam Deck. For my Judgment PC review, I’ll cover the port features, new additions over prior games from the studio on PC, and how it feels on Steam Deck.

Both Judgment and Lost Judgment are available on PC separately or in a combined bundle at a discounted price with The Kaito Files expansion for Lost Judgment included. Both ports have the same in-game PC options so if you buy one and are happy with how it runs and looks, you likely will have no trouble with the other.

I’ll update this with the Judgment PC requirements when those are available. The screenshots here will be from Steam Deck and my laptop running the game at 1080p.

I was surprised to see FSR here, but spent some time trying out different options while playing on Steam Deck and the laptop. AMD’s FSR 1.0 lets you use ultra quality, quality, balanced, and performance modes with sharpness levels going from 0.0 to 2.0. AMD FSR 2.0 lets you use quality, balanced, performance, and ultra performance modes with the same sharpness levels going from 0.0 to 2.0.

Judgment on PC has almost complete rebinding support for its keyboard input options across different mini-games, the main story, tailing, battles, chases, and much more. You can adjust these for keyboard/mouse and controller separately.

On a laptop with an AMD Ryzen 5-3550H processor (2.1GHz Base speed up to 3.7GHz), 16GB DDR4 RAM, and an Nvidia GeForce GTX 1650 4GB GPU, I tested out the lowest and highest presets, FSR, and also just tweaked the game settings individually. It is possible to get 60fps (with almost no drops) and good visuals on the laptop thanks to FSR. I played at 1080p, and could get a locked 30fps with most things set to the highest settings with FSR disabled as well.

Depending on your priority for fidelity or performance, I’d recommend trying out the FSR options here including the sharpness settings. This helps a lot given how heavy this game’s engine is. The recent PC ports are also much better than Yakuza Kiwami 2 that still has issues on the same hardware while Yakuza 6 runs better for me.

Judgment on Steam Deck – Does it run well and look good?

When I played Yakuza: Like a Dragon on Steam Deck, I spent some time tweaking the settings to get it to look good while running at about 40fps with the Steam Deck’s refresh rate changed to that. For a turn-based JRPG like that, the lower frame rate was not a big deal, but I was interested to see how Judgment holds up with its particle effects and action combat. While I haven’t tested out the very late battles yet, spending some time tweaking the game settings and FSR settings has resulted in a great portable experience with the refresh rate capped to 40 to make it look as nice as possible. If you want to aim for 60fps on the go, be my guest, but I wasn’t happy with how it looked turning too many things to low settings.

One thing to note is that at the same settings as Lost Judgment, I had some text rendering issues with Judgment on Steam Deck. I could fix these to some degree by forcing the Steam Deck to run at 1080p or higher, but when set to the default resolution of 800p, the text didn’t look as good as in Lost Judgment with the same settings. I’m not sure what is causing this, but it only happens in Judgment and is something I hope gets fixed.

You can definitely get Judgment on Steam Deck to look very good if you’re playing at 30 to 40fps thanks to either the game’s frame limited or the Steam Deck one to go to 40hz. The combination of the wealth of options included and FSR help a lot here. If you’ve played Yakuza: Like a Dragon on Steam Deck, you likely already know the drill, but make sure you go in-game and spend some time tweaking the visuals in the open areas to your liking. It runs a lot better indoors.

Should you play Judgment on PC?

If you skipped the original PS4 version and eventual PS5 and Xbox Series X remasters, Judgment is absolutely worth getting on PC. The upgrade from PS4 to PC is higher than the current generation remaster, but the visual changes are definitely subjective. Some prefer the PS4 version’s tone, while others prefer the newer remaster feel. The asking price for Judgment on PC is the same as consoles right now, and it is an absolutely fair price given it is just over a year old and a budget priced release. If you are new to Ryu Ga Gotoku Studio’s Judgment and Lost Judgment games, the bundle with both of them with all prior DLC included is a great deal with two superlative games. It also helps that both games feel pretty great to play on Steam Deck right now making them good for a replay if you’ve experienced them before and want to play them on a portable.

Hopefully my Judgment PC review helped you decide if Ryu Ga Gotoku Studio’s spin-off series is worth your time on Steam with its arrival over year after launching on consoles in its remaster. If you did play Judgment on a current console, there isn’t much here that warrants another purchase unless of course you want to play it on Steam Deck. I’m glad to see one of the best games of the last generation finally on PC.