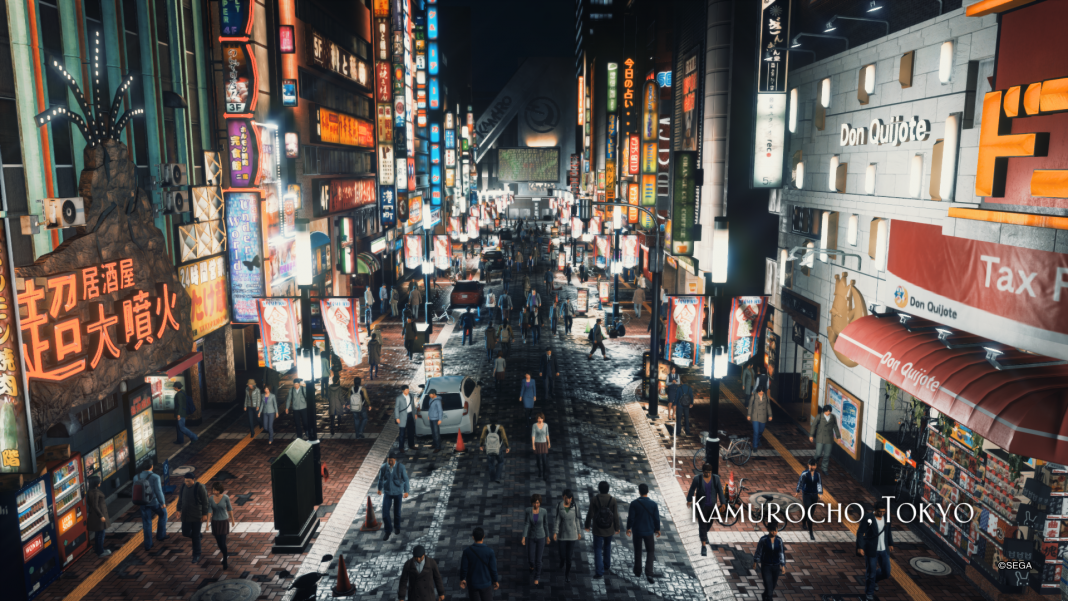 At first glance it would be easy to confuse Judgment as yet another game in Sega’s long-running Yakuza series. After all, both are set in the fictional Japanese city of Kamurocho, feature similar combat mechanics, and have a host of mini-games to partake in. However, after playing through Judgment on the PS4 Pro, it’s obvious that Ryu Ga Gotoku Studio has crafted something remarkably different.

Judgment has you in the sneakers of lawyer turned private detective Takayuki Yagami. He’s a protagonist with an interesting backstory, trading the courtroom for the streets after successfully acquitting a client from murder charges only to discover said client murdered again.

Despite these circumstances, Yagami has an edgy, smug vibe about him which is a far cry from Yakuza staple Kazuma Kiryu’s almost stoic attitude across games in that franchise. He’s joined by a host of equally memorable characters such as Kaito, an ex-yakuza who works with Yagami, Ayabe, a dirty cop who peddles information to the highest bidder, and perhaps my favourite, Kyohei Hamura, a yakuza captain with murky dealings aplenty. As I mentioned in my Judgment preview, all of these roles are expertly voiced in both Japanese and English. While the former is par for the course, the latter is a an unexpected and welcome development.

This is the first time since the original Yakuza game on the PS2 that Ryu Ga Gotoku Studio opted for English voice acting as an option. For the most part it works well. The stellar cast of Greg Chun (Detective Pikachu), Yuri Lowenthal (Spider-Man PS4), Matthew Mercer (Overwatch), Cherami Leigh (NieR: Automata) and Fred Tatasciore (Metal Gear Solid 4) among others lend their voices to bring Judgment’s characters to life making it a whole lot more immersive. Though this does break on occasion, such as taking on a side-quest or getting into a brawl with thugs on the street as their screams and utterances are distinctly in Japanese. It’s not a major issue and switching over to Japanese voiceovers is an option if you find it too jarring though the English voice acting is so expertly done that it’s worth sticking to.

Judgment’s story has Yagami trying to discover the identity of The Mole. That’s the nickname given to a serial killer that’s been murdering yakuza. His signature is gouging their eyes out before leaving them on the streets of Kamurocho. Without spoiling much, the events of Judgment are riveting. Consisting of 12 chapters (not including a prologue and epilogue), it deals with a variety of themes, some of which you wouldn’t expect in a game like this. It’s darker than anything else we’ve seen in recent Yakuza games but its diverse elements are strung together in a cohesive fashion that had us waiting to see what new plot twist was around the corner.

In order to do so, there are some new gameplay elements that fit in with Yagami’s profession as a detective. For one, you’ll tail suspects. This has you blending into crowds or hiding behind walls before you get spotted while following them to their destination. When your target isn’t in immediate view, you’ll use a drone to find where they’re are. Controls in these segments of play are smooth and responsive, a welcome surprise when you consider how other games tend to make a mess of using drones.

On occasion, you’ll even investigate an area in first-person. This entails moving around a specific area, looking for clues or planting bugs where necessary. Most of the time you’ll hear a cat meowing during these sections. Apparently Kamurocho has a stray cat problem because they’re everywhere, even during parts of play that have strict time limits or pivotal story moments which some may find annoying. The game even acknowledges it with a trophy for discovering every cat during first-person investigations.

In addition to this, you’ll pick locks by applying the right amount of pressure on the DualShock 4 analogue sticks. It’s simple enough but at the same time, successfully breaking and entering in Judgment feels rather satisfying too.

Combined with a combat system that’s similar to Yakuza 0, which has you swapping between styles for effective crowd control and crushing one on one blows, gameplay in Judgment remains fresh and entertaining long after you’re done with its 25 to 30 hour long campaign. Each of these grant you SP which you can use to gain new fight moves, increase your health, or bolster your EX moves — powerful, over the top attacks that help you topple some of the game’s tougher enemies.

There are other features, though they’re not essential for progressing through Judgment’s story. These include the ability to craft extracts that allow you to gain more SP or throw bigger foes to the ground, befriend store cashiers and restaurant owners for bonuses, or even spending your money on a Kickstarter clone called Quickstarter for access to a larger set of things to do and unlock within Kamurocho. This isn’t even counting the myriad of mini-games to partake in, which I’ve compiled in this handy guide. Keep in mind that if you’re a fan of karaoke in past Yakuza games, that doesn’t make a return here.

While it’s obvious that no single gameplay mechanic in Judgment is particularly innovative or creatively pathbreaking, all of them work well together and are polished enough that they’re greater than the sum of their parts. They’re tied to a fantastic narrative, memorable characters, and Kamurocho itself, which looks better than ever before and is filled to the brim with sights and sounds aplenty along with the odd street thug to rough up.

Speaking of Kamurocho’s looks, Judgment is possibly the best looking game from Ryu Ga Gotoku Studio thus far. From subtle facial animations to grand cut-scenes and every square inch of Kamurocho in between, it’s incredibly detailed and is visually stunning on the PS4 Pro. Though it’s not perfect with jagged edges marring the scenery from time to time. This minor grouse notwithstanding there’s barely a pixel out of place.

Judgment for the PS4 is near perfect. A strong story, great characters, slick gameplay, and fantastic production values make it a game you shouldn’t miss. It’ll be interesting to see where Sega take this new series from here, but as it stands, Judgment is well worth the price of admission.