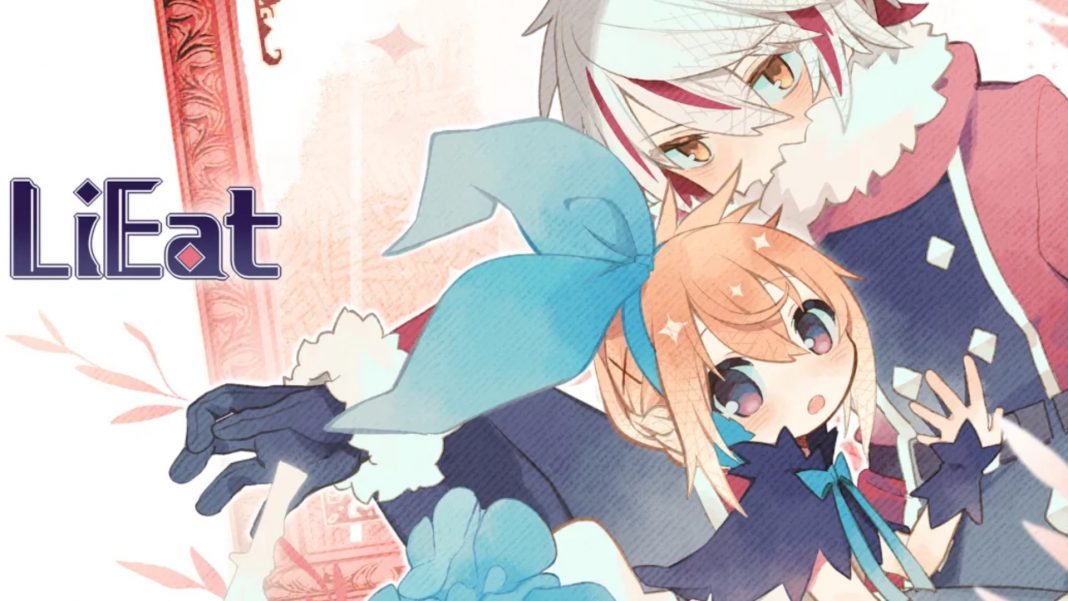 One of the best aspects of the Nintendo Switch is in how it gives smaller games that previously released on other platforms a second chance or access to a whole new audience. I’ve discovered a lot of great games through late Nintendo Switch releases. Blossom Tales from FDG Entertainment is one of the games I didn’t know existed until the Nintendo Switch version was revealed and there are many more like it. LiEat developed by Miwashiba and published by Playism is a game I’ve owned on Steam for a long time but completely forgot about until I got an email about it coming to Nintendo Switch. Over the last few days, I’ve finished every ending in LiEat on Nintendo Switch and it has impressed me quite a bit.

LiEat is a collection of three chapters that tell the tale of Leo who is into buying and selling secrets alongside Efina who is a young dragon. Despite the three chapters not having anything that carries across from a gameplay standpoint, there are returning characters and also newer gameplay elements introduced. As the stories progress, Efina learns more about the world and there are interesting sets of chapter-specific characters that flesh out Leo and Efina’s story.

Efina is a  dragon who can manifest lies into physical enemies who you fight in turn-based combat encounters. The three chapters involve different dragon interactions, many secrets and surprises, and some great humour despite the memorable and emotional story. Without getting into any spoilers, I enjoyed almost every bit of all three chapters in LiEat but felt like the finale of the third chapter and one bit in the second chapter had some obtuse gameplay sections that soured me on the overall experience.

LiEat’s gameplay involves exploring, interacting with people and objects, turn-based combat, some RPG elements, and decision making. There are multiple endings and you can expect to take between one to two hours to finish each chapter. This time will vary quite a bit depending on whether you go for the critical path or do a lot of exploring and find hidden powerful equipment and missable dialogue. There are some puzzles to solve but these are pretty basic. There are also some investigation-like sections. Overall, LiEat isn’t a game you’re playing for complex gameplay but for the story, characters, and music. The gameplay is just a means to an end here.

Since I owned LiEat on Steam already, I wanted to see how it translated over to Nintendo Switch. On PC, LiEat has a launcher that asks you to select a chapter. Once you pick one, it closes the launcher and boots up said chapter in a 4:3 window. You can go fullscreen but the aspect ratio is seemingly fixed. On Nintendo Switch, all three chapters are accessible from the main menu and the developers have done a good job in adding dynamic artwork on each side of the screen to go alongside the gameplay in the middle of the screen. This artwork changes depending on the scene and is a very nice touch. Overall, Miwashiba has done a great job with the character designs, the few animated scenes, and in the environments in LiEat. You unlock an interactive gallery and music player after finishing the individual stories as well.

The one area LiEat on Nintendo Switch surprisingly falters is performance. Frame drops in a game like this aren’t a big deal given the gameplay but it is disappointing to see a game with such simple visuals have stuttering. Load times on the other hand are quick. I did find the way the game zooms in a bit when you play in handheld mode versus docked a bit surprising considering the game’s border and frame look very good when played docked. When you play handheld it cuts off the top and bottom of the frame to zoom in a bit. LiEat doesn’t have voice acting and the audio is carried by the very memorable soundtrack. Once I finished the first chapter, I bought the arranged soundtrack on Steam. LiEat is the kind of game I hope gets a physical release with a soundtrack bonus.

LiEat from Miwashiba is a short but beautiful collection of three chapters telling an interesting story on Nintendo Switch with only a few annoyances holding it back. I hope the stuttering can be fixed in a future patch and that the developers consider adding touchscreen support for dialogue. A few sections really tested my patience with how much backtracking and repeated dialogue were there. Barring the few sections like this, LiEat is well worth your time and no, this isn’t a lie that needs to be eaten.