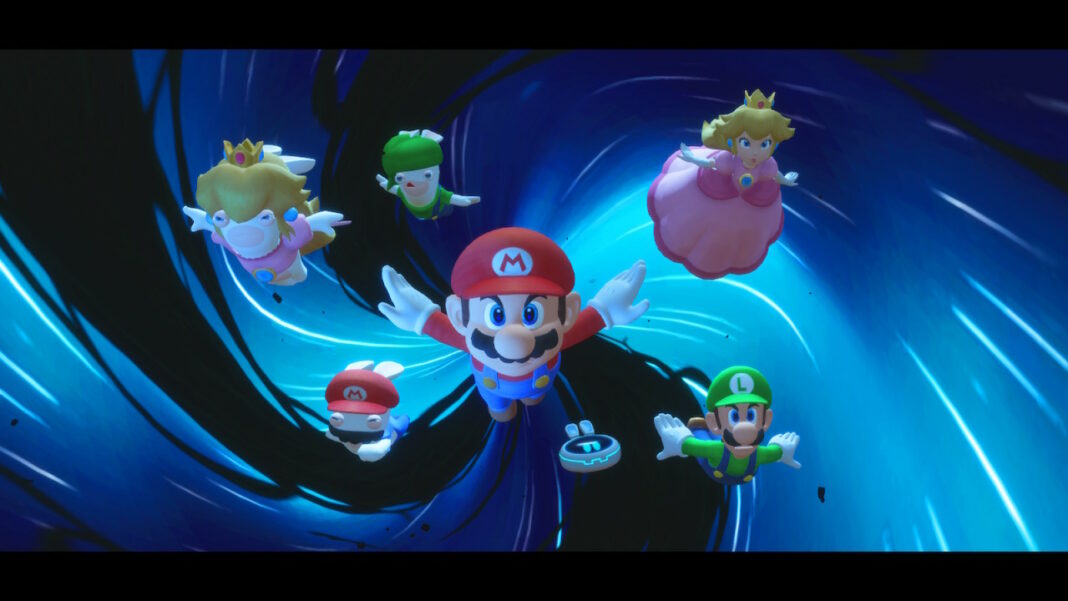 Mario + Rabbids Sparks of Hope is a follow up to the excellent Mario + Rabbids Kingdom Battle that was a fantastic exclusive for the platform from Ubisoft. As one of the biggest surprises of the Switch’s first year, I was curious to see what the turn-based tactical RPG franchise would do in its sequel to deliver the magic from the original. The standout cast and excellent gameplay alongside gorgeous visuals still hold up today, and I’m glad to say that Mario + Rabbids Sparks of Hope has delivered in almost every way. The team has delivered an excellent sequel that builds on everything I liked in the original, but it has a few annoyances in its current state.

Having avoided previews and recent trailers, I was excited to dive into Mario + Rabbids Sparks of Hope last week for review. When I first started playing it, it became obvious that this was essentially like the jump we had from Assassin’s Creed Origins to Assassin’s Creed Odyssey. That might be a negative for some, but stick with me for now. Mario + Rabbids Sparks of Hope is a very ambitious sequel to the original with great visuals, much larger maps, more customization, big improvements to combat, and a ton of things to do in each location you can visit and come back to later on with varied environments.

Barring the larger maps and multiple new things to do in each major location you visit, the biggest changes and improvement arrive in the combat. You have access to many new ways of dealing with enemies in stages. These include being able to freely move in an area with fewer restrictions than the original, and more real-time elements like being able to dash, pickup a bo-bomb, and throw it on other enemies to deal damage. I got hooked to the combat system very quickly, and spent a lot of time trying to complete every single encounter and hunting for secrets in each location after clearing the main battles.

Another aspect of Mario + Rabbids Sparks of Hope that tries to go further, is the difficulty. You now have access to multiple difficulty options including an invincibility toggle if you’re just here for the story. I’m glad to see this accessibility option added, but hope the team can tune how portals work when it comes to spawning enemies in future updates. Sometimes, you might get unlucky with multiple enemies spawning and attacking immediately completely ruining your plans for that stage. Bosses including later ones, are a sight to behold as you’d expect after the first game, but I think fans of tactical RPGs will enjoy the maps, combat, and ambition on display in Mario + Rabbids Sparks of Hope quite a bit.

I’ve not even touched on the actual “Sparks” so far. These are a blend of Rabbids and Lumas (Super Mario Galaxy) that add another layer to customization, skills, and combat. You collect them as you progress through the game, and can unlock many more through the optional challenges and encounters in the various locations you visit in Mario + Rabbids Sparks of Hope. They have their own skills as well alongside your own abilities and builds. The amount of depth added right from the start really makes this feel like it is a love letter not only to fans of the original game, but also to those who enjoy challenging tactial RPGs.

Barring the combat, locations, and structure that has seen boosts, the biggest improvement in Mario + Rabbids Sparks of Hope is the visual scale. I already liked how Mario + Rabbids Kingdom Battle looked and felt on Nintendo Switch, but Mario + Rabbids Sparks of Hope feels like a big step up. This applies to both docked and handheld modes. Not only does it shine on the OLED screen, but it really feels like the developers took their time to squeeze as much as possible when it comes to the visuals here while not lowering the ambition for this sequel. There are things you will notice like the draw distance in parts, or certain animations or shadows at a lower frame rate or fidelity, but those cutbacks are forgivable with how good everything else looks for the scale in a Switch game.

Given the talent responsible for the soundtrack, I expected to be hooked to the music right from the start like I am with other soundtracks composed by Grant Kirkhope, Yoko Shimomura, or Gareth Coker. While the initial hours of the game didn’t have many standout tracks, the overall soundtrack is very good. This is definitely a soundtrack work buying physically.

When it comes to performance and load times, the frame rate can drop below 30fps in parts due to particle effects and also in specific cut-scenes. This game is definitely pushing the Switch with its scale, but the performance isn’t perfect as of now with some longer than expected load times. Hopefully these can be addressed in some ways across future updates.

Mario + Rabbids Sparks of Hope is a bigger, and in many ways better game than the original. It enhances what made that collaboration game special, while adding new layers and a ton of optional content. This is easily one of the best-looking Switch exclusives I’ve played in years as well with its scale. I hope the few annoyances I have with the combat and performance can be addressed in updates, because with the DLC, it is likely that Mario + Rabbids Sparks of Hope becomes one of the best modern Switch exclusive.

Updated on October 20 at 9 PM – Mario + Rabbids Sparks of Hope review in progress updated with score and final text.