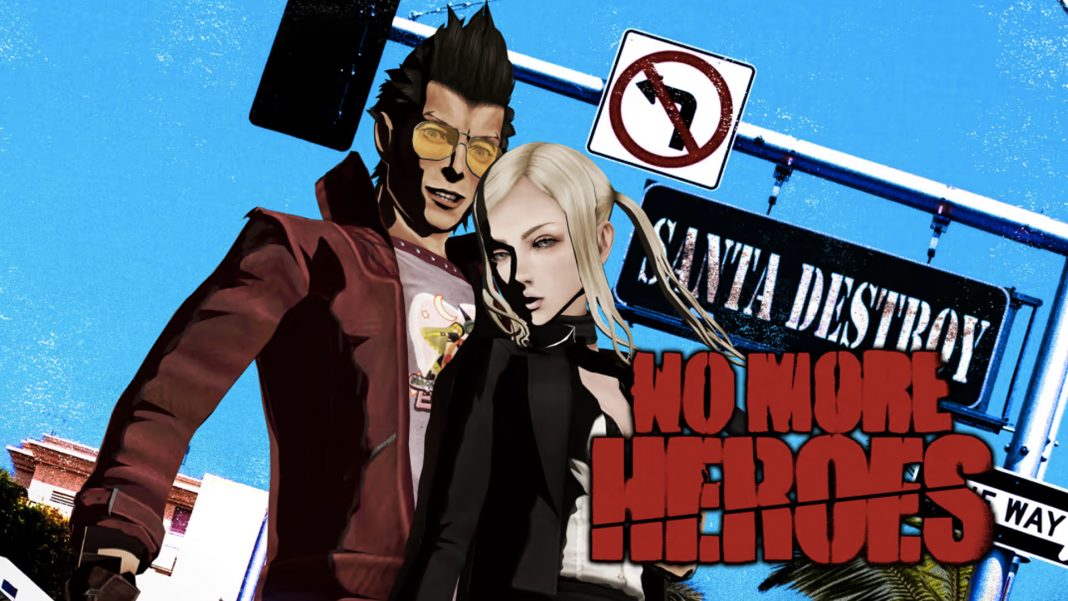 Sadly, both ports had a ton of issues at launch. It has been a few months since launch and while No More Heroes still doesn’t have the PC conversion it deserves, my biggest issue with the release was addressed. Here’s what you need to know about No More Heroes on Steam.

No More Heroes on PC is based on the Nintendo Switch version and I wasn’t really expecting the requirements to be heavy. It should run on just about anything, but there are some issues with the port right now that cause stuttering on different hardware.

No More Heroes is a very bare-bones port of the Nintendo Switch version. It only lets you toggle whether to run fullscreen or not, and the anti-aliasing. The anti-aliasing lets you use either FXAA or different MSAA (up to 8x). There are no resolution options and the game will run at whatever resolution your monitor is set to from my testing. You cannot enable or disable v-sync either. While this does scale above the Nintendo Switch version thanks to higher resolution and good anti-aliasing, it doesn’t do much more. It is also worth noting that these settings are only available while launching the game from Steam using the configuration tool that loads before you launch the game.

On a laptop with an AMD Ryzen 5-3550H processor (2.1GHz Base speed up to 3.7GHz), 16GB DDR4 RAM, and an Nvidia GeForce GTX 1650 4GB GPU, I played No More Heroes at 1080p (laptop’s display resolution) and had no crashing with a near locked 60fps. I did run into some stuttering, but it felt very random because more involved combat encounters had no issues. The open world also ran mostly fine. This is with the anti-aliasing set to MSAA x8. The game looked nice and crisp, but it is very evident that this is still the Switch version as a base that has its image cleaned up at a higher resolution.

The store page for No More Heroes on PC mentions no keyboard and mouse support and that holds true for the game as well. This is not only a controller-only game, but one that doesn’t even have button prompts for PlayStation controllers. It only has Xbox button prompts. One thing to note is at launch, the game refused to work with most controllers and this has been fixed because I played it soon after launch with an Xbox One controller and had no issues using my PS5 DualSense controller now. It did still display Xbox button prompts as expected.

There are two things to consider with No More Heroes on both platforms. The first is performance and resolution. The Nintendo Switch version wasn’t 1080p and didn’t hold 60fps as well as the PC version does. With MSAA and higher resolutions, the game looks crisper on PC. It is still the same base that is being cleaned up though so don’t expect a massive difference in textures or assets.

Should you buy No More Heroes on Steam?