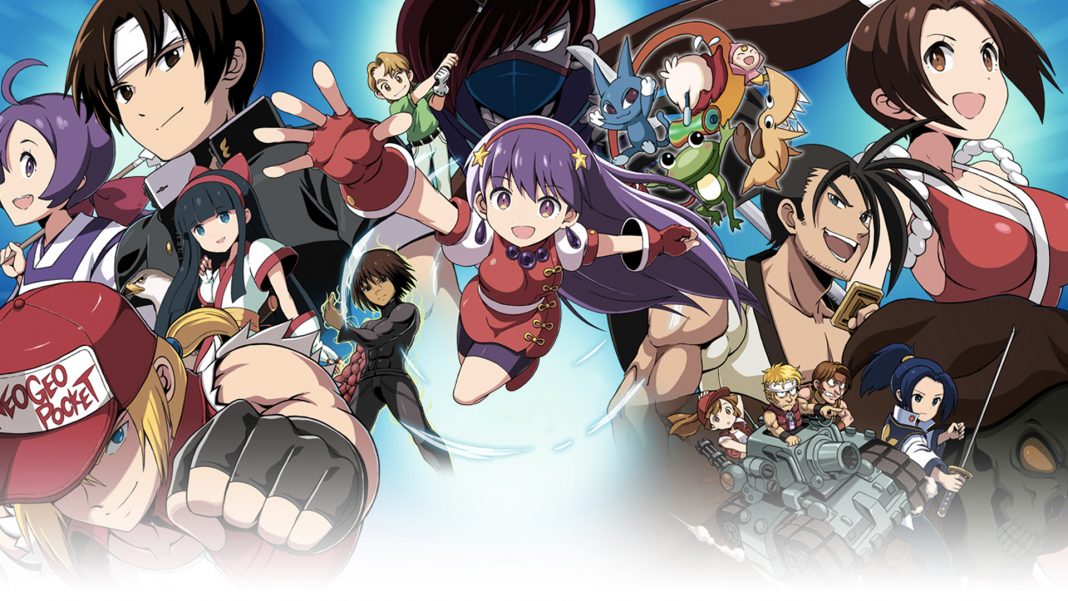 Back in March, SNK released the Neo Geo Pocket Color Selection Vol 1 on Nintendo Switch bringing 10 Neo Geo Pocket color games in a single compilation to Nintendo’s hybrid system. This release included the awesome SNK Vs Capcom: The Match of the Millennium as well as 9 other games that are all at least good if not great in many ways. At the time, the Neo Geo Pocket Color Selection Vol 1 offered great value considering the individual games that were sold separately were priced at $7.99 while the collection of 10 was priced at $39.99. Code Mystics did a fantastic job and I’ve enjoyed playing the collection quite a bit over the last few months.

When SNK announced the collection for Steam as Neo Geo Pocket Color Selection Vol 1 Steam Edition, I was glad that this release would get an even bigger audience and that we’d have a version that allowed online play thanks to Steam’s Remote Play Together feature. This release also replaces SNK Vs Capcom: The Match of the Millennium with Crush Roller. The change makes sense considering SNK likely wants to sell more of the game standalone versus having it in the collection, but it definitely makes this package less appealing overall.

As with the original Switch release, Dark Arms: Beast Buster 1999 is the weakest game in this release. Despite some interesting ideas, I don’t see myself coming back to it at all. Thankfully, almost all the other games included here have been great to revisit on PC and I’ve had a lot of fun playing some of them online with a friend on Steam. Big Tournament Golf (Neo Turf Masters) remains my favourite non-fighting game included in this collection. I love golf games and Big Tournament Golf in this collection is a lot of fun.

The two Metal Slug games included here aren’t very long, but they are great showcases of the hardware they were originally released on with gorgeous visuals and animations. Even the music is very well done. Metal Slug 1st Mission is fun, but Metal Slug 2nd Mission is worth coming back to over and over again. It is that good. Crush Roller is the only new game included here for those who own the Neo Geo Pocket Color Selection Vol 1 on Switch already. It is an interesting Pac-Man-inspired game that has decent replay value. I like the visuals a lot and enjoyed the time I put into it after getting used to the controls. It is an interesting addition, but definitely not of the same quality as SNK Vs Capcom: The Match of the Millennium that it replaced.

While Nintendo Switch owners have been able to buy the fighters included in this collection individually, they are only sold on PC via Steam through this collection. Fatal Fury First Contact, SNK Gals’ Fighters, King of Fighters R-2, The Last Blade: Beyond the Destiny, and Samurai Shodown! 2 are the fighting games included in this collection. SNK Gals’ Fighters is the highlight of the games for me with its visuals and animations. While many people grew up with SNK’s amazing games, I’ve been having a blast discovering more and more of the developer’s rich history. I didn’t think I would care much for these Neo Geo Pocket Color fighters, but I enjoyed going through them again on Steam. Just don’t expect them to be full-fledged fighting games like you might be used to on home consoles.

As with the Nintendo Switch release, Code Mystics and SNK let you go through high resolution scans and versions of the game box, cartridge, and more for the English and Japanese releases. You can pan and zoom around just like the Switch version, but this release improves on that release in one area. When I reviewed Neo Geo Pocket Color Selection Vol 1 on Nintendo Switch, I was disappointed with how slowly the manual scans take to scroll through. It is much faster in the Neo Geo Pocket Color Selection Vol 1 Steam Edition.