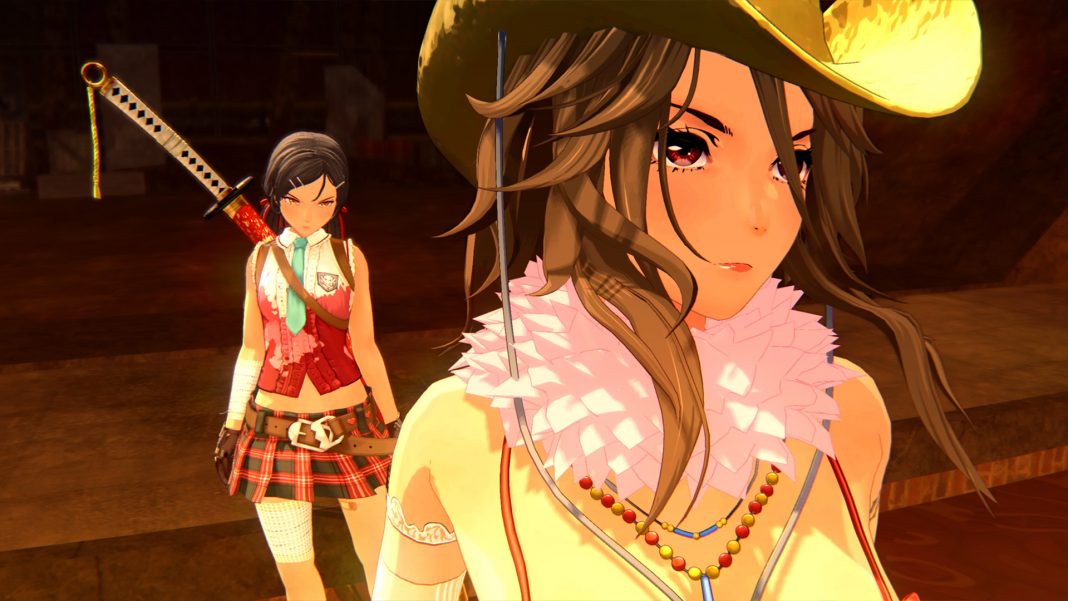 Following the English release of Onechanbara Z2 Chaos a few years ago on PS4 and PC, D3 Publisher’s hack and slash grindhouse-esque Oneechanbara series makes its presence in the West once again with Onee Chanbara Origin on the same platforms. Onee Chanbara Origin is a remake of the first two PlayStation 2 games with a new visual style and responsive gameplay.

Since Onee Chanbara Origin combines two games into one narrative that tries to be cohesive, you’d expect a campaign of decent length. Even if you have to replay a few stages, don’t expect the main campaign here in Onee Chanbara Origin to exceed 10 hours. The campaign is well paced though with its story that covers two sisters, Aya and Saki with their upbringing, sibling rivalry, and more with a lot of gore, blood, and plenty of fanservice along the way in its cut-scenes.

Onee Chanbara Origin’s core gameplay involves you slicing through hordes of enemies while making your way through the various locations thrown at you. As a hack and slash game, I found Onee Chanbara Origin’s combat to be fun albeit repetitive. It almost felt like an Earth Defense Force game in that regard. Barring the regular grunt enemies, there are also special enemies that have their own mechanics and hilarious boss fights.

As you slay enemies, your blade gets bloodier and more degraded. You need to reload to have it become cleaner so it can deal more damage. This degradation also applies to you because as more blood from enemies is splattered on you, you get closer to being in a berserk state where you deal more damage faster but also have your defense lowered. All of this adds a layer of strategy to how you play making this more than just a mindless button mashing game.

Unlike Onechanbara Z2 Chaos that tried a more realistic approach to visuals, Onee Chanbara Origin goes for a cel-shaded aesthetic that ends up being better for the game overall with its exaggerated visual effects. While the aesthetic for main characters and enemies is good, the environments look inconsistent and feel out of place in most situations.

I played Onee Chanbara Origin on a PS4 Pro and found the performance to be mostly good. The 60fps target is held well in most situations but performance can drop. This is a lot better than Tamsoft’s other games on PS4 though. Load times are also thankfully short.

I was most surprised by Onee Chanbara Origin having a full English voice option. The dub in both languages is surprisingly well done and the game’s soundtrack gets the job done as well.

The biggest downsides to Onee Chanbara Origin are that the main campaign is very short and that the parry and cool combo mechanics during gameplay aren’t properly realised. The parry window during gameplay also isn’t really well thought out. For a game that is basically focussed on delivering fanservice and hack and slash action, Onee Chanbara Origin definitely feels toned down compared to Onechanbara Z2 Chaos across its costumes which will no doubt be disappointing to many fans of the series.

Overall, Onee Chanbara Origin is the best playing game in the series by far but it still has some aspects holding it back from being an easy recommendation to everyone including longtime fans. If you enjoyed Onechanbara Z2 Chaos, this will be more than worth your time when it comes to gameplay and if you want a new sexy hack and slash action game Onee Chanbara Origin delivers with stylish visuals and smooth gameplay.