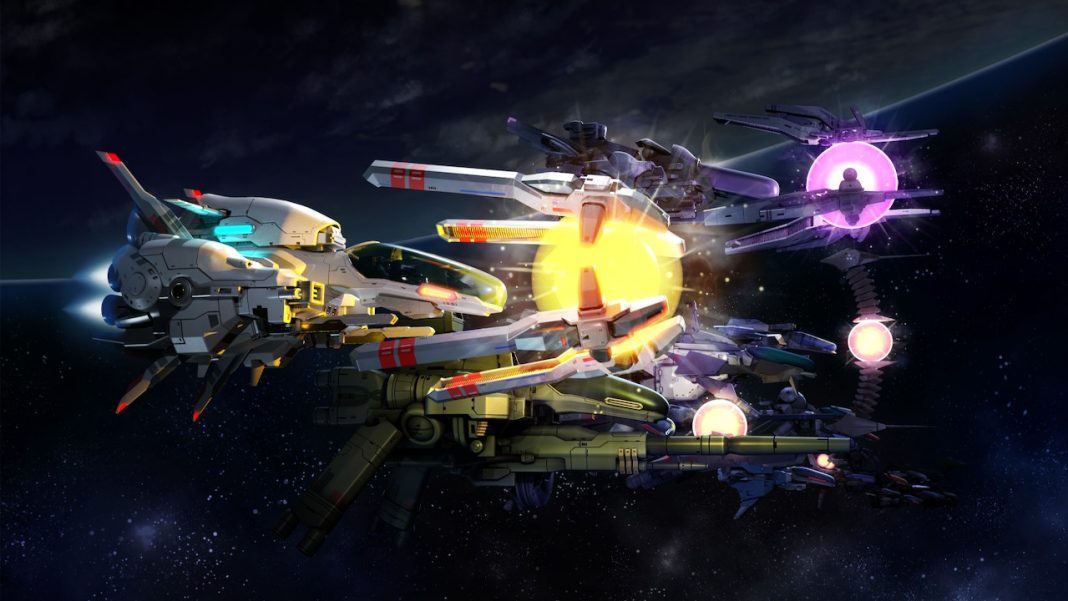 Over the years, the Nintendo Switch has become my favourite platform for shoot ’em ups of all kinds. There have been standalone releases like Raiden V and the upcoming Raiden IV and also a wealth of collections like the Darius Cozmic Collections and Psikyo Shooting Stars over the years bringing so many great games to Nintendo’s hybrid system. When R-Type Final 2 was confirmed for an English release through NIS America, I was excited to add another shoot ’em up to my Nintendo Switch collection. Sadly, the game in its current state on Nintendo Switch leaves a lot to be desired.

R-Type Final 2 retains the force mechanic that the series is known for. This involves a glowing ball that attaches to the front or back of the aircraft providing its own weaponry. You can fire and recall this force as you progress through levels and this adds another layer of strategy. While the movement speed initially feels a bit slow, a few seconds into the first level had me adjusting the movement speed on the fly with the left trigger and shoulder buttons. As you progress through levels taking down multiple kinds of enemies and avoiding their bullets and also the environment, the difficulty continues to ramp up (albeit a bit unfairly sometimes) leading up to a boss fight. The boss fights in R-Type Final 2 are excellent and easily a highlight of the game.

The more I played R-Type Final 2 on both Switch and PC, the more I was disappointed by the Switch port. There’s a lot to like in the game itself and how Granzella has carried over a lot of things that made R-Type special in the first place, but it isn’t really fun when movement and technical issues stand in the way of enjoying levels that require precise movements and quick action on higher difficulties.

Visually, R-Type Final 2 is clearly an ambitious game, but while some levels and ships look excellent, others sadly look a bit too basic. There are complex and detailed environments in some levels but others feel like the stages haven’t finished loading all the way when you enter specific areas. There are multiple issues with the visuals and performance in R-Type Final 2. The resolution itself isn’t great both docked and handheld resulting in the game looking a bit too fuzzy. When played handheld, some of the visual issues are less noticeable.

What makes things worse is the inconsistent frame rate throughout. It almost always feels unstable, not just when there are a lot of enemies on screen but even in the start of levels both docked and handheld. For a game that requires precise movement and actions, R-Type Final 2 on Nintendo Switch’s technical issues add to the difficulty. Even moving your ship up and down results in the environment also moving a bit and the unstable frame rate coupled with that has induced motion sickness on multiple occasions.

For a game that has you dying quite a bit initially, the long load times on Nintendo Switch don’t help at all. While many shoot ’em ups let you resume from where you died, R-Type Final 2 throws you back to a checkpoint after a lengthy load with you resuming in an underpowered state. Expect to die a lot as you learn the basics of each level in R-Type Final 2.

After being quite disappointed with this Switch conversion, I decided to buy R-Type Final 2 on PC to see how the full game would fare on more powerful hardware. Despite a few PC-specific issues, R-Type Final 2 runs like a dream on my laptop and the high, stable frame rate makes for a much better experience. It still has the design and checkpoint issues that affect every platform regardless of technical capability though. R-Type Final 2 is a good game but it can be so much better once Granzella builds on this base through DLC and updates.

Having now experienced the full version of R-Type Final 2 on both PC and Nintendo Switch, the latter is a hard sell right now with its myriad technical issues. If you enjoyed the R-Type Final 2 demo and want to get the full game, I would only recommend the Nintendo Switch version if you absolutely only care about handheld play. It is not a great experience when played docked at all. Hopefully once more DLC is released, Granzella can improve the performance and maybe even visuals on Nintendo Switch. It absolutely has the potential to be an excellent game overall but right now the Nintendo Switch version feels on par with Bloodstained: Ritual of the Night’s lacklustre port.