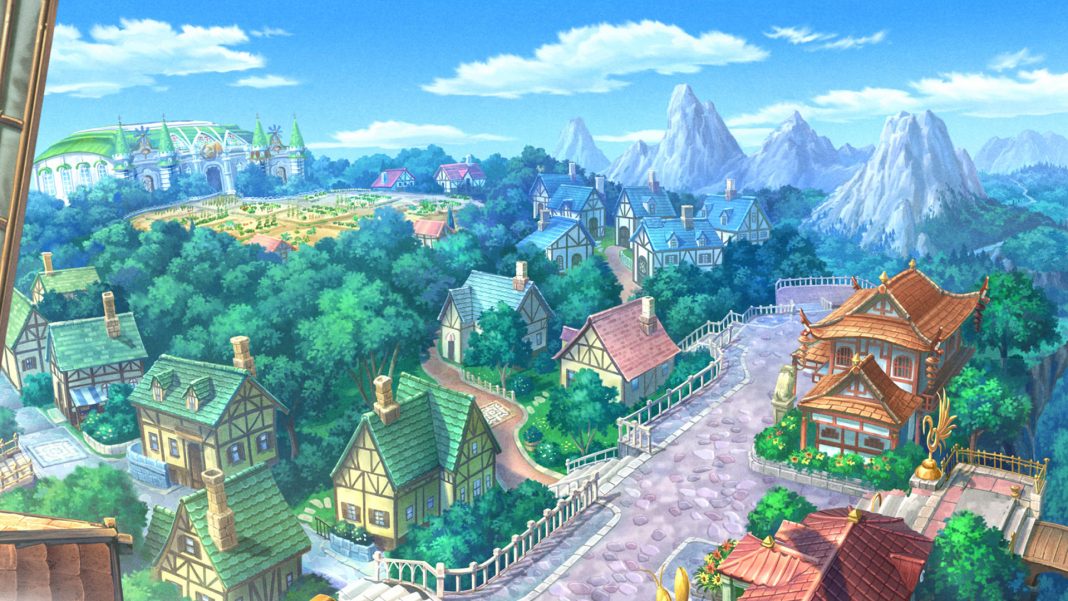 You begin as a traveller on the way to deliver a gift in an airship. One thing leads to another, and you find yourself landing on a dragon who mistakes you for a prince. This is where your story begins as a prince of Selphia. The great thing about Rune Factory 4 Special’s overall narrative is that despite how simple it seems, the superbly written characters and twists ensure that you will remember this game for a long time not just for the gameplay but also for the characters and story. A relationship system is also at play here and you increase points with people in town by talking to them more and by giving them gifts. You can eventually unlock new events through getting to know people in-game better.

Rune Factory 4 Special doesn’t force you into doing certain things or missing out. It is very much a game you can take at your own pace without worrying. Once you slowly finish the basic tutorial quests, you will get into a loop of farming, talking to people, taking on new requests, getting into a dungeon, or doing things like fishing or crafting. The amount of dialogue in the game is pretty shocking with barely any repetition which is rare for a game like this. The core gameplay loop here is very satisfying and it can be adapted to your own playstyle.

Having no time limitations or being forced into doing specific tasks is one of the best aspects about Rune Factory 4 Special. If you’re in a story dungeon, you can just teleport back home if you’re bored and then spend the next few days farming and fishing. The dungeon will be waiting for you when you feel like jumping back into it. This amount of freedom is always great. Games like Animal Crossing depend on the real world clock and dates. Rune Factory 4 Special does not do this ensuring a much more relaxed experience with no worry about missing things if you don’t have time to play it for a few days.

Rune Factory 4 Special does a great job of introducing you to new mechanics. Instead of dumping a ton of new terms and equipment on you, you slowly unlock various things like forging, cooking, new combat styles, and even the ability to store more items through progression. The best part of this, is that you can do this at your own pace. If you don’t feel the need to forge equipment and just want to buy weapons, you can spend time and energy on cooking instead. The more you do things, the more you level them up. This rings true for the whole game. If you spend an hour in the field picking up and throwing rocks, you will level the throwing skill which increases your stats.

Transitioning from Nintendo 3DS’ low resolution screen to HD displays isn’t easy and it shows in Rune Factory 4 Special with environments and certain interface elements when played on TV. Characters and character portraits look very good though on TV. When played in handheld mode, most of those low resolution complaints vanish but there are some text size issues both on the regular Nintendo Switch screen and the Nintendo Switch Lite.

It is pretty disappointing that a game like this doesn’t detect when you are playing handheld and scale the text up for some stats and information about items and equipment forcing you to zoom in by holding a button. One nice addition is being able to use the touchscreen to progress dialogue and access parts of the interface.

Performance on the other hand seems consistent between docked and handheld modes with a target of 60fps. Some transitions and animations run at a lower frame rate though. Load times are very quick thankfully.

One of the most important aspects of life and farming simulation games is the music. These games aim to be a relaxing experience for the most part and need music that never gets boring. Thankfully, Tomoko Morita’s score is great across the board with a nice combination of soothing tunes during the early portions of the day in town and unique music for the various shops and other points of interest in town.

Rune Factory 4 Special has dual audio support and I was actually surprised at how much voice acting the game has overall. Games like this rarely have voice acting at all. Both the English and Japanese dubs are very good. I tried the first two hours of the game with both options before settling on the English dub.

My big annoyances with Rune Factory 4 Special differs based on whether the game is played handheld or docked. When docked, some interface elements are blurry and some of the environments don’t look great when blown up on TV. When played handheld, the map zoom can get annoying and some item description boxes have tiny text. There are toggles to zoom into both but the implementation isn’t ideal as you often have to hold L to zoom into an item description text box or toggle the map zoom that is either too small or too big. I’m not sure if these will be patched because the game has been out in Japan for over half a year with the issues still prevalent.