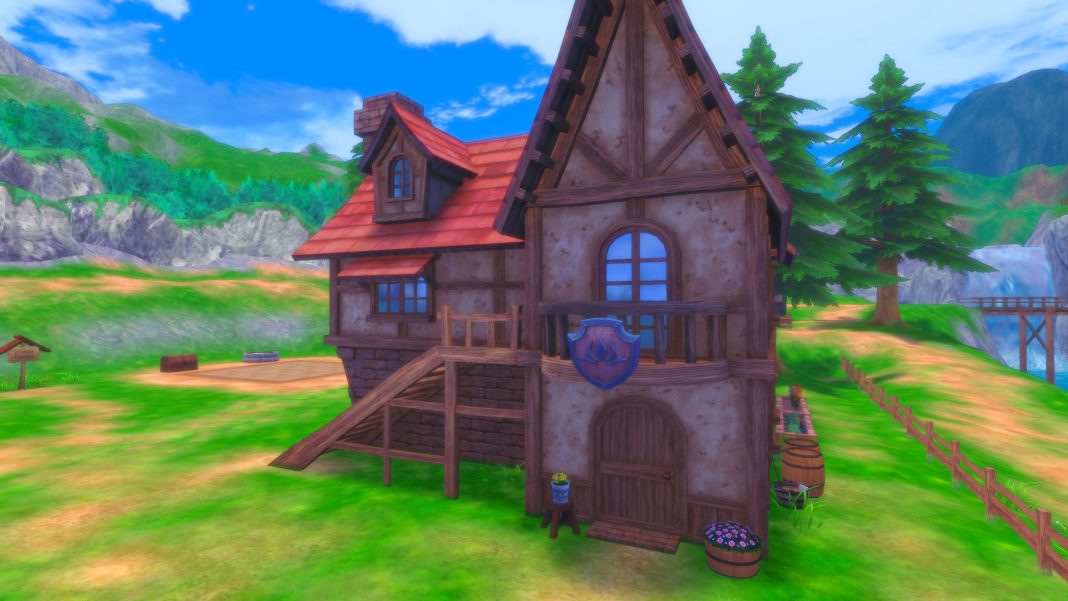 The original announcement for Rune Factory 5 remains one of the best moments in a Nintendo Direct for me. Having an enhanced release of Rune Factory 4 was already great since that has been moving up on my favorite games of all time list over the years, but a brand new Rune Factory game after so many years was an amazing surprise. Rune Factory 5 being a new game built for Nintendo Switch from the start rather than an enhanced re-release had me very excited to see what the team could accomplish with new hardware. For this Rune Factory 5 review, Xseed Games provided me with access to the game’s early build and I also managed doing a lot of testing across its day one patch that went live a little while ago. Rune Factory 5 is an ambitious and great game in many ways, but one with some annoying flaws holding it back even for longtime fans.

If you’ve never played a Rune Factory game before, this series is actually a spin-off to the Story of Seasons (previously known as Harvest Moon but not to be confused with the new Harvest Moon games) farming and life simulation games. Rune Factory builds on Story of Seasons with a more RPG elements and a bigger focus on story and combat as opposed to just farming. Those elements all come together to offer a gameplay loop that gets very addictive while also letting the player have a ton of freedom. Rune Factory 5 is the first new main entry since Rune Factory 4 on Nintendo 3DS that was posted to Nintendo Switch and eventually made its way to PC, PS4, and Xbox platforms.

Coming to Rune Factory 5 from Rune Factory 4 Special feels like a step in the right direction. Most of the great quality of life improvements that Rune Factory 4 had over similar games in the genre are here like skill upgrades, superb farming controls, and general interactions. It has been very interesting to see how many things have been translated to 3D. In some cases, moving to 3D has resulted in a more cinematic and modern feel, while other situations feel a bit too awkward with the basic animation work on display for some movements and interactions.

Rune Factory 5 begins with you playing an amnesiac hero who moves into the small town of Rigbarth in the Kingdom of Norad. You spend time here helping out various people, tending to your farm, learning to do all sorts of things, and more as you have joined the SEED organization. Rune Factory 5 is full of colorful characters who live in Rigbarth. Some of these are even potential love interests for you as the protagonist. Rune Factory 5’s Western release arrives with same-sex marriage from the get go as well. Without spoiling the story, I am a bit surprised at how short the main story itself was. There were some interesting twists and some hilarious moments across the narrative, but I hope the developers can build on the story with potential future DLC or updates. There is still a ton to unlock and experience across the game even when you finish the main story though as is the norm in these games.

The core gameplay loop of Rune Factory 5 will vary quite a bit depending on your priorities. You can spend as much time as you want in a life simulator as you tend to your farm and get closer to your potential love interest, or do multiple days of dungeon crawling and crafting. What I love about Rune Factory 5 and Rune Factory 4 the most, is how you have so much freedom with how you spend time in the game. You are playing a part of a specific story so you will need to fulfill specific requirements to progress that, but you can put it on hold for as much time as you want if you’re in the mood to spend hours just farming, fishing, or partaking in the festivals with the other characters.

You have access to many weapon types in Rune Factory 5 like basic swords to spears, fists, and many more. In addition to these, you need to use powerful Rune Abilities that range from powerful attacks with your weapons to offensive and defensive magic. The game does a good job of giving you new weapons and skills in dungeons while exploring and you can forge and upgrade your own gear as well. There is a lot of flexibility in combat. The initial dungeons felt a bit boring, but I had to remind myself that Rune Factory 5’s opening hours are still what I considered the tutorial.

Barring farming and talking to people, you spend time gathering, learning to cook, forging, crafting, organizing your house, and doing all sorts of requests for people that have you doing all sorts of things from slaying monsters to gifting someone a specific item and shipping items to make money. During your time at Rigbarth, you will also run into many new characters who move into the town as the story progresses. The developers have done a superb job with the introduction cut-scenes for these characters and the various events that popup across the map as you spend time in the town. The map itself could’ve used some improvements to display NPCs better to the player rather than having you hover over facilities to see who is in based on the number indicator near the facility in question.

Before getting into the visuals, performance, and other technical aspects of Rune Factory 5, there are some gameplay issues that have annoyed me quite a bit. While I knew I had to spend in-game days to progress the plot, there is no real indication sometimes of what to do next barring waiting for the story quest marker to appear on the map if you’re lost. Some of the requests which are side quests also have vague requirements and the only way you can listen to the instructions again is canceling said request and accepting it again. The lack of a quest log is also disappointing for what you have completed so far. One final issue with the game is in how easy the normal difficulty is. You can change the difficulty at any time by talking to Saint Eliza in the outpost you live in, and it is worth trying them all to see how you feel about the challenge in dungeons and combat.

Visually, Rune Factory 5 can look both excellent and bland. The move to 3D has allowed for some gorgeous locations and dungeon designs, but a lot of the areas are a bit too empty and big. Even the facilities and houses feel like they just had a 2D game facility or layout moved over to 3D with no consideration for how things would play out. This means you have some good looking buildings, but they don’t have enough within to justify the size. I’m not sure if this was a design choice or a technical one to maintain the frame rate. The character portraits and models look very good across the board.

One aspect I want to highlight is the game’s interface. I was surprised at how quickly it clicked with me. It is unfortunate that you can’t remap the controls, but Rune Factory 5 does a very good job with its interface. I also love how you can use the touchscreen for the interface when playing in handheld mode.

On the audio side, Xseed Games has done a superb job with the voice casting (and the script). My only complaint with the English voice acting is in the audio levels for some dialogue. It feels like specific voice lines for some characters are a bit too soft or too loud. This can’t be fixed by the end user since the volume slider is a universal one and not a per character one. Hopefully this aspect can be addressed in future updates. The Rune Factory 5 soundtrack is excellent. I can’t wait to own it on disc with the limited edition of the game soon. While some aspects of Rune Factory 5 have disappointed me, I’m glad to see the music live up to my expectations.

When I played Rune Factory 5’s early hours for preview, I was hoping to see some of the performance issues and other technical aspects addressed in some form ahead of launch day. With the day one patch having already been deployed, Rune Factory 5 is still not great technically. I’ve played on the Nintendo Switch (OLED Mode) and Nintendo Switch Lite over the last month. There are many instances of slowdown with entering and leaving houses thanks to loading and some freezing issues. Even the more open and empty areas don’t run as smoothly as they should. I tested Rune Factory 5 with the dynamic resolution option on and off. While the load times aren’t remotely as bad as Story of Seasons: Pioneers of Olive Town was at launch, the performance never feels as good as it should right now. The draw distance and popin issues also don’t really help.

I don’t know if major updates are planned right now, but Rune Factory 5 has a lot of potential. If the few quality of life issues can be addressed, it will be an easy recommendation to newcomers. As of now, a potential port to PC or other consoles still will not fix all my problems with Rune Factory 5. I really hope Marvelous gives the team more time for a potential next entry because Rune Factory deserves more than having its newest flagship game remain in this state.

Despite my many technical and design complaints with Rune Factory 5, I enjoyed my time with it across the last two months. It isn’t as fantastic as Rune Factory 4 Special, but it is worth playing for fans of that game who want something new even with its flaws. The move to 3D has allowed for a lot of good improvements, but it feels like the developers didn’t get enough time to polish it enough. The brilliant localization definitely helped elevate Rune Factory 5 through the story and interactions. As it stands, Rune Factory 5 ended up being almost everything I wanted from a new entry.