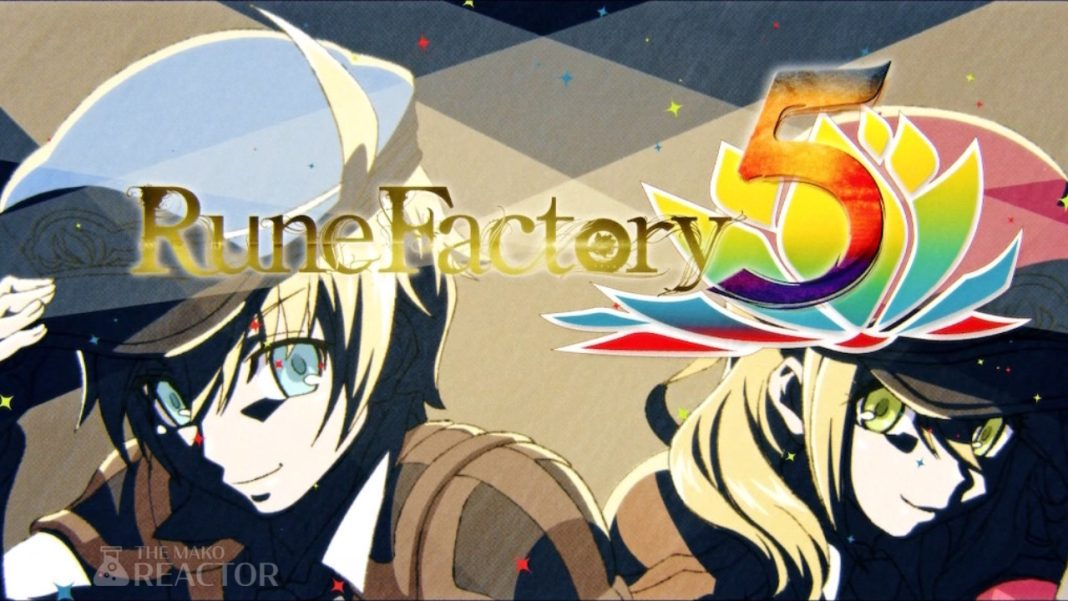 The Rune Factory 5 and Rune Factory 4 Special announcements for Nintendo Switch remain one of my favorite moments from the last few years of Nintendo’s showcases. Rune Factory 4 is a superb 3DS game that I’ve enjoyed revisiting across its Special enhanced release on Nintendo Switch, PC, and Xbox releases. Instead of being a pure life simulation like the mainline Story of Seasons games, Rune Factory 4 had enough RPG elements to hook me alongside its lovable characters and music.

I was very excited for Rune Factory 5, and have been hoping it lives up to the high expectations I had for it as I pictured different possibilities for the series’ newest entry built for a new platform. Thanks to early access provided by Xseed Games, I’ve been playing a preview build of Rune Factory 5 over the last few weeks and here’s what you need to know.

A lot of what I enjoyed in Rune Factory 4 Special has carried over to Rune Factory 5. The skill upgrades, farming, and interactions all seem like either the same or evolutions of what Rune Factory 4 Special had. Given the preview restrictions, I can’t discuss much of the game mechanics considering I’m only allowed to discuss the first few hours of the English build, but I’m very pleased with how things are turning out so far. You can also change difficulty settings seemingly at any time so far.

Farming in particular feels great so far. You don’t need to constantly press buttons to pickup items one by one or move across a grid manually as is the case with Animal Crossing: New Horizons. Rune Factory 5 has smart snapping that automatically moves you ahead to save you time as you water, plant, pickup items, or cut down logs. Harvesting crops, shipping items, and even picking up weeds are very easy and quick here. It just takes a little while to get used to the controls if you’re new to the series. I did find it disappointing that there is seemingly no way to remap the default controls.

I mentioned Rune Factory 5 being ambitious with its visuals and structure (to some extent). This is a double-edged sword for the series. On the positive side, Rune Factory 5 can look gorgeous. I also enjoyed exploring the town of Rigbarth with full camera control and 3D characters. It felt like a true new generation of Rune Factory for me considering I’ve only played Rune Factory 4 and Rune Factory 4 Special. The characters look great across portraits and 3D models. Cut-scenes (including the opening) are gorgeous.

The downsides to this jump to 3D are in the loading and performance. Note that this is a preview build and there is a day one patch coming that will hopefully alleviate some of the technical issues. The initial load when you leave your house to go outside is pretty long. It isn’t as bad as how Story of Seasons: Pioneers of Olive Town was initially, but it still is noticeably long. Performance while similarly not as bad as Pioneers, is inconsistent with some stuttering while going between locations and entering some areas. It is better than the initial Japanese release though going by the videos I’ve seen of that release. I found it interesting that Rune Factory 5 has a dynamic resolution option in the settings. It is enabled by default as well.

I’m surprised at how much voice acting Rune Factory 5 has. Not only does it have dual audio support, but it has voiced dialogue for a lot of lines I figured would just be there to pad some basic interactions. My only complaint with the English voice acting right now, is that some levels are a bit off. This isn’t something that the player can fix with the audio sliders, because some characters have parts of some lines that are softer than others. Hopefully this can be addressed in some form. Barring that, the voice cast I’ve heard so far, is fantastic. I can’t wait to see how a few of the characters who join in later on sound. Barring voice acting, I’m pleased with what I’ve heard of the soundtrack so far. Rune Factory 4’s soundtrack is amazing and it looks like Rune Factory 5’s score will deliver.

Barring the few technical issues, the move to 3D has resulted in some unexpected issues. Many of the shops and houses you can enter feel empty. Your own house also feels empty, but I assume this will get filled up over time as you decorate and place more objects around. One feature I enjoy is the subtle rumble when you’re near a point of interest. It is useful while indoors and in some early parts of the game when I was still getting used to the flow of things.

Another aspect I’d like to highlight is the touchscreen support. I know many people don’t care about this in many Switch games, but I love being able to use the touchscreen for viewing the map or menus. In Rune Factory 5, you can pan and zoom the map and use it to enlarge the minimap in addition to all menus supporting touch. Most developers ignore the touchscreen, so it is good to see Marvelous support it here just like in Rune Factory 4 Special.

So far, Rune Factory 5 is shaping up to be almost everything I wanted from a new mainline entry in the series. I’m very curious to see how certain story beats play out, and also want to see how the dungeons and interactions with characters feel over time. This preview only allowed me to discuss my first few hours with the game and in the first basic dungeon, but I will have a lot more coverage coming closer to the release date next month.