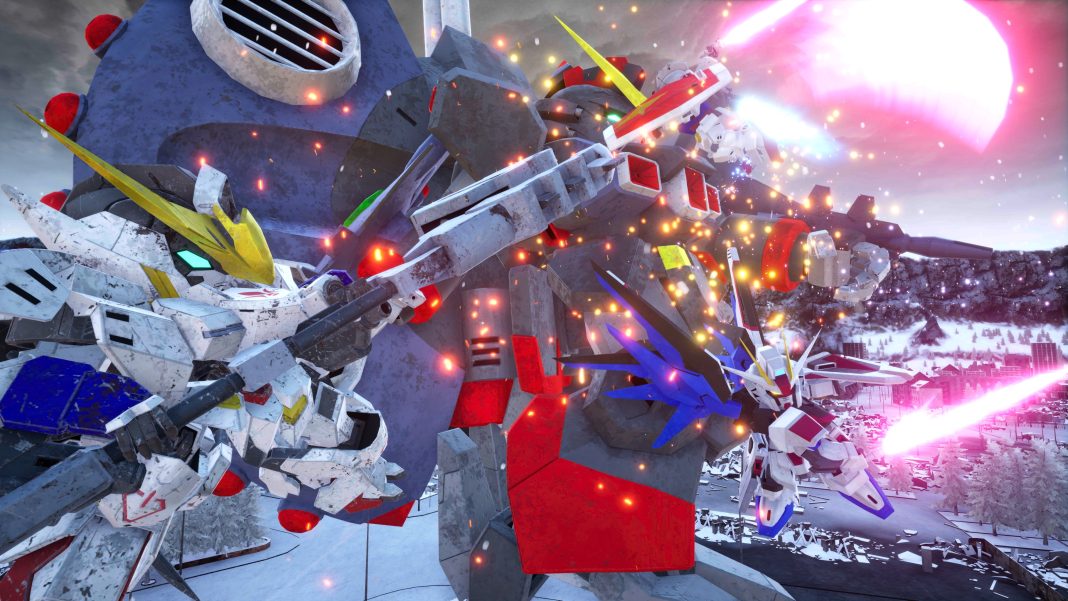 Despite enjoying my time with SD Gundam Battle Alliance on Nintendo Switch (both docked and handheld) and Steam Deck, I wanted to also play it at the best possible fidelity. The aesthetic scales down well on Switch, but it looks and feels brilliant on Xbox Series X. There are some feature differences across all platforms though, with the Xbox version offering specific advantages over the others in some ways, while lacking in one way.

When it comes to the game content, SD Gundam Battle Alliance is the same across all platforms. The DLC, updates, and pre-order bonuses are all the same in the West for all consoles and PC. The differences are in specific in-game features. Barring the platform-specific features, SD Gundam Battle Alliance does not support custom music on Nintendo Switch and Xbox platforms. Only the PC and PlayStation versions have that. The lack of the Premium Sound and Data Pack in the West for Xbox platforms is disappointing considering there is no custom music option. I hope this can be released at a later date.

On Xbox Series X, SD Gundam Battle Alliance has ‘Prioritize FPS’ and ‘Prioritize Graphics’ options. These fall under a Ray Tracing menu in the display options. I played it on my 1440p monitor with FreeSync. In the ‘Prioritize FPS’ mode, the display refresh rate was stable at 60hz and the game ran well. I wasn’t sure what to expect in the ‘Prioritize Graphics’ mode initially since I was more than pleased with how it looked in the frame rate mode. The FreeSync helped a lot because my monitor was dipping into the low 50s for its refresh rate in busier sections. These modes are likely more useful for those playing on a full 4K display.

Barring the graphics modes and frame rate, SD Gundam Battle Alliance loads very quickly on Xbox Series X. The combination of that and Quick Resume support makes it great to have running at all times in the background for when I want to take a break from another game to complete a mission or two. Like I said in my Switch review, if you aren’t up for an experience that can get repetitive solo, this isn’t for you. It also needs better balancing for some bosses later on. I’d definitely recommend trying out the free demo on whatever console you’re considering playing the full game on to see if you like the core gameplay loop.

If you have the option to get SD Gundam Battle Alliance on different platforms, I’d recommend going where you have people to play with to ensure the best possible experience later on. If you’re buying it for solo play only, it is a great experience on all platforms. The developers have done a very good job scaling it up and down across all platforms I’ve played it on so far. It also makes good use of platform-specific functionality when possible, and I’m looking forward to revisiting it to grind and to check out the DLC when those packs are released over time.

Usually, I’d lament the lack of a physical release, but given SD Gundam Battle Alliance is digital-only in the West on all platforms, I’m just glad it has gotten such a great release on Xbox platforms in general. If you are planning on grabbing it on Xbox, it is a Play Anywhere title as well. I’m looking forward to the upcoming DLC, and will continue to play it with people online when I can. I’ve had good experiences with randoms online so far. Hopefully my SD Gundam Battle Alliance Xbox Series X review helped you decide if this game is worth getting right now.