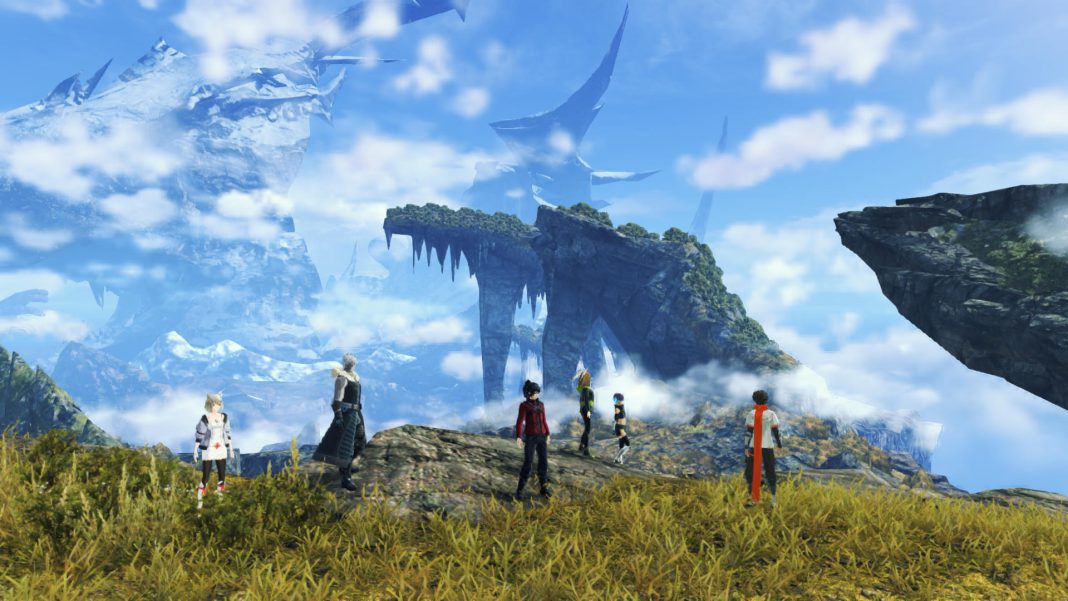 It has been about a month since Xenoblade Chronicles 3 released worldwide on Nintendo Switch. I finally finished it a week ago after putting in more than 105 hours into the story, exploration, various optional quests, and more. For my Xenoblade Chronicles 3 review, I’m going to cover the various aspects of Xenoblade Chronicles 3 that make it the best in the trilogy, and also some of the areas it falters compared to prior games. It is evident that Monolith Soft has gotten almost everything right here, and the updates planned alongside DLC can elevate it to be even better. Despite feeling a bit disappointed in the early hours, Xenoblade Chronicles 3 has become one of my favorite games of the year.

Xenoblade Chronicles 3 surprised me with its cast. I had been trying to avoid learning much about the party before release, and it paid off. Eunie, Mio, Noah, Lanz, Sena, and Taion are amazing together. The banter between party members both in and out of combat, and the interactions for story moments and sidequests, are amazing. I was initially skeptical of how the team would pull off such a large cast during combat and with the narrative, but I have no complaints with the cast and the interactions with NPCs and within the party. Eunie, Sena, and Lanz were highlights for me alongside three optional characters who can join later on. Some of the later quests involving the party really feel like they should’ve been a part of the main story.

Even though it has been a month since release, I will not be spoiling the story in this review. The narrative is a slow burn here. Some parts of the opening hours made me feel like this was just a JRPG with a Xenoblade-like structure, rather than a full new Xenoblade game. A lot of my issues with this game involve those opening hours. I’m glad that the narrative finally picked up and continues to surprise me around a third into it. While one late-game reveal was a bit too predictable for my liking, I think the payoff was worth it. The most shocking part of Xenoblade Chronicles 3’s story, is how so much of the best bits are hidden behind optional quests later on.

These optional quests and side content are what elevates Xenoblade Chronicles 3 from just being a great JRPG, to being an essential. I consider both Xenoblade Chronicles 2 and the original’s Switch version as essentials for JRPG fans. Xenoblade Chronicles 3 builds on both prior games with a plethora of quality of life improvements, amazing combat, and a ton of optional content that is actually great. This is easily one of the best Nintendo games in a very long time, but one that doesn’t make the best first impression as I mentioned.

Given the massive open area focus, Xenoblade Chronicles 3 has key improvements to traversal and exploration. You can now instantly enable map guidance. This plots a route to your quest destination. It isn’t perfect, but it definitely helps in some locations, and is a massive step up over the mess that was navigation in Xenoblade Chronicles 2 when I played it for review back in 2017. In addition to this, you unlock wall climbing, rope sliding, walking on slopes, and through poison as you complete more of the story and optional content. You don’t need to worry about field skills like in the prior game.

One other advantage to exploring outside the critical path, is in finding treasure, rare enemies, and many side quests. These quests range from boring fetch quests which I mostly skipped, to amazing hero quests that rewarded me with an optional class for combat that drastically enhanced my skillset. A few hero quests are a part of the main story, but skipping them, and the late-game quests that let you improve classes, will make you miss out on a lot of great story content, exposition, and also skills. These aren’t essential, but they really cemented how much I loved Xenoblade Chronicles 3 when I got to them towards the end and also after beating the main story.

After a specific point in the middle of the story, I spent a few days just exploring and looking for hero quests. The traversal options here are so good, that I didn’t even bother looking up any guides or asking anyone about specific quests. Finding a new hero quest chain in an unexplored part of an older location was excellent. Even more than 100 hours later, there is a lot I want to do and many unique monsters I want to fight for a specific mechanic you unlock later on in an optional quest.

Combat is another area I feel Xenoblade Chronicles 3 makes a bad first impression. The game bombards you with tutorials for basic things, and this keeps going dozens of hours into it. The combat system here is the best in the series, but it only clicked for me after three chapters. Having all six party members and a hero in combat at the same time was a bold move, and my only real complaint is that switching characters is a pain. A radial menu would’ve been a much better implementation rather than cycling through all characters. As you progress into the story, you unlock more abilities in combat like cancelling arts, improved chain attacks with an amazing theme song, Ouroboros forms, and more. All of this comes together like a symphony of destruction on screen once you get the hang of things. I definitely recommend going back to prior areas to fight lower level enemies to practice your new skills and setup.

Performance is mostly good. The frame rate dropped from its 30fps target regularly on my Switch Lite and my Switch (OLED Model used docked and handheld) in specific areas and during more hectic battles. It never got too bad to be a huge issue in gameplay, but I did notice the slowdown. I’m glad Xenoblade Chronicles 3 supports video capture tho and the load times were better than I expected. On a technical level, Xenoblade Chronicles 3 is a step forward for sure with its ambition, but I still think parts of the opening areas are bland.

The one aspect of Xenoblade Chronicles 3 that disappointed me the most, is the music. This feels weird to say because I consider all Xenoblade soundtracks so far as top tier albums that any video game music fan needs to own. I even adore Xenoblade Chronicles X’s soundtrack despite having not finished it yet. I was let down by how atmospheric and subtle the soundtrack to Xenoblade Chronicles 3 is in parts. It does have many amazing songs, but isn’t as consistently good as the Xenoblade Chronicles 2. I get what the team was going for here with the music, and it does a fantastic job thematically with the flutes, but I was hoping for more upbeat and bombastic tunes here. Thankfully, most battles and cut-scenes have music that exceeded my expectations even for a Xenoblade game. Two later areas have some of the best music the series has seen.

My complaints about the opening hours being weaker than I expected aside, Xenoblade Chronicles 3 is a massive step up above prior games when it comes to cut-scenes and atmosphere during story moments. A few of the mid-game and ending cut-scenes are superlative. I took far too many screenshots after one specific boss battle near the later half of the game as well. It almost feels like Monolith Soft had enough time and resources to properly polish most aspects of Xenoblade Chronicles 3, and deliver a superlative JRPG.

While my initial impression after a few hours was disappointing compared to how I felt in the opening hours of the first two games, Xenoblade Chronicles 3 had its hooks in me until the end. It has a few pacing issues when it comes to the narrative, but I can safely say this is the best overall Xenoblade Chronicles game from the trilogy. The combat and quality of life improvements made spending over a 100 hours in this world completely worth it. I’ve been slowly going back and still finding secrets across the massive locations over the last week and hope to keep doing that as the DLC releases. Despite my issues with some aspects, Xenoblade Chronicles 3 is an essential, and the Xenoblade Chronicles trilogy is the crown jewel of the Switch library.