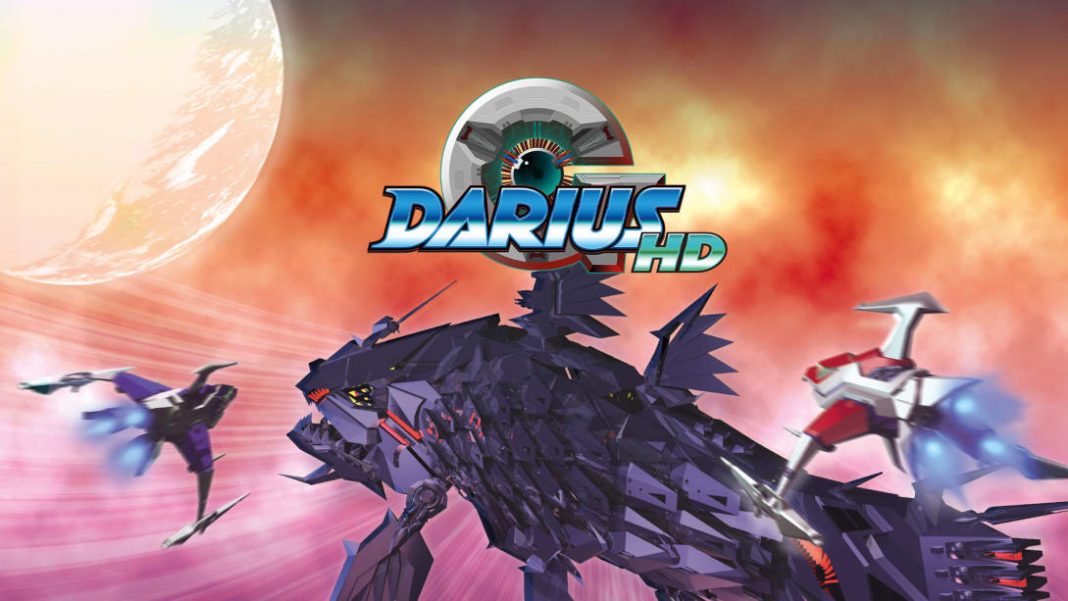 Taito’s Darius series of horizontal shoot ’em ups has been a staple on PS4 and Nintendo Switch for me after I was recommended Dariusburst: Chronicles Saviours. Having enjoyed that quite a bit and then played through the excellent Nintendo Switch Darius Cozmic Collections from ININ Games, I knew this series would stick with me. After ININ Games announced a limited retail release of Darius Cozmic Revelation,  Dariusburst: Another Chronicle EX+ got a standalone digital release recently and it was followed by G-Darius HD last week on both PS4 and Nintendo Switch. It looks like we are going to see more retro collections from Japan get split up for the West as we did with recent Cotton Guardian Force Saturn Tribute that saw all three games released individually on the eShop.

G-Darius is a very important game for the Darius series and this new version by M2 and Taito is superb in a lot of ways. Taito’s long-running series of 2D shoot ’em ups with aquatic-themed enemies and bosses has been an absolute joy to experience through many re-releases and ports over the years and G-Darius HD joins my list of shoot ’em ups to recommend to most people for a lot of reasons. It includes the branching paths aspect of stages, builds on the brilliant Darius Gaiden, has an excellent soundtrack, and the ability to experience the original arcade release as well.

Originally released in the late 90s, G-Darius is the fourth arcade Darius release and the first 3D polygonal style game in the series. The core gameplay has you controlling a ship called the Silver Hawk, avoiding enemy fire, taking on multiple bosses, and using the multiple firepower at your disposal. You still collect different colored orbs from the colored enemies to upgrade your ship, but will focus on the capture ball. You start out with a set of these and you can use them to capture an enemy or a mid-boss to bring them onto your side to take on enemies. Once you do this, you can detonate them. Each enemy or mid-boss has their own abilities they bring, adding a layer of strategy for which enemy you should capture.

In addition to capturing enemies for use as firepower against the others, you can absorb these to fire a powerful laser beam that does a ton of damage. Deciding when to use this versus just letting an enemy attack others for you, and figuring out which enemy is best to capture makes G-Darius a lot more fun than I expected. It is challenging, but never feels unfair with how many options you have at your disposal.

When it comes to the visuals, G-Darius HD looks very nice. M2 did a superb job with this HD release. You can play both G-Darius and G-Darius HD with pixel perfect, fit to screen, or fullscreen scaling. You can also toggle smoothing and scanlines for G-Darius. There are a few background options and boundary effects that you can toggle on or off. Since this is an M2 release, there are gadgets you can enable to display various things like arm strength, bonus score, song name, and more. M2 continues to impress me with the work it puts into these re-releases.

Darius games are known for great music and Zuntata’s G-Darius score is great and quite different from what I expected. I feel like this was intentional given the importance of the game itself as the first 3D polygonal game in the series. While the soundtrack isn’t as good as Darius Gaiden’s score, it is one of the best Darius soundtracks and I’m glad it is available on streaming services.

In terms of other features and additions, one thing I didn’t expect is achievements. G-Darius includes various achievements you can unlock for clearing stages, capturing enemies, upgrades, and more. It also includes save states with multiple slots for both games. I am disappointed in the lack of a sound test option for listening to the music and a museum with promotional art or interviews from the original release or from the developers looking back at this.

Despite my few issues with G-Darius HD, it is excellent. I just am disappointed that it didn’t launch in the West with the Ver 2 update that adds a new G-Darius Ver 2 option that includes a beginner mode, rapid fire option, speed changes, new mid-bosses, quality of life features, and other improvements additions. These would’ve made it a lot more accessible to newcomers. Thankfully, this will be a free update when it does arrive in the near future.

G-Darius HD is an essential for shoot ’em up fans and it is an absolute joy to play on Nintendo Switch. While I thought Dariusburst: Another Chronicle EX+ didn’t justify the asking price, G-Darius HD is well worth it. Ideally, you could get both games for the price of a single release like the physical version, but this is how the digital release ended up happening. Once the Ver 2 update arrives later this year, it will be more accessible to newcomers. Darius fans on the other hand can safely buy this superb release.